All About the CURLA Entomological Museum

The CURLA Entomological Museum is a university institution in Honduras. It’s famous for its magnificent collection of butterflies and other insects. 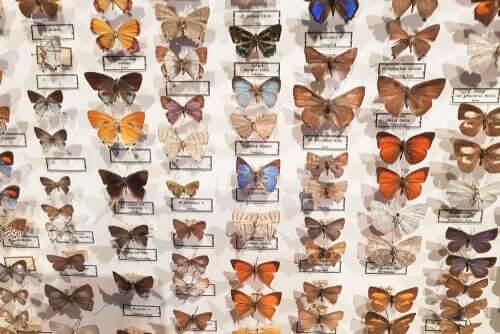 The CURLA Entomological Museum is the biggest of its kind. It was built in Honduras and founded by Sir Robert Lehman, a passionate teacher and explorer from Ohio. He created this museum because of his desire to collect and classify butterflies from around the world.

It was previously known as The Museum of Butterflies and other Insects. However, in 2015 its name and headquarters changed due to a management change.

This museum has a huge collection – more than 19,300 species of moths and butterflies. There are also insects from Honduras and more than 140 other countries worldwide in its collection.

The museum’s collection includes almost 8000 species of lepidoptera, including butterflies and moths. In addition, the museum has more than 6,000 species of other insects found in Honduras. All have been collected from the rain forests of this Central American country over the years.

Of course, the museum also holds species found in other countries –  3400 species of lepidoptera and more than 1800 species of other insects.

Of course, just like other museums, the entomological museum holds some iconic species. Among them, you can find Honduras’ largest moth, the White Witch, as well as the largest butterfly in the world, the Atlas moth.

Of course, the museum has managed to get very rare species known worldwide. The museum has a species of the most colorful moth, from Madagascar, the Chrysiridia rhipheus. Also known as the Madagascan sunset moth. In addition, it has curious and funny species such as the peanut head butterfly that has the longest mouth in the world.

Robert Lehman, founder of the Museum of butterflies and other insects

Sir Robert Lehman was a man who dedicated his life to collecting and classifying lepidoptera and other insects.

He arrived in Honduras at the age of 19, and lived there all his life. He later returned to the United States to finish his studies. His love of insects grew during his first stint in Honduras and it never disappeared.

Upon completing his studies in the United States, he returned to Honduras in 1968 and settled there.

After graduating as a primary education teacher, he dedicated his life to teaching. At the same time, he dedicated his free time exploring nearby mountains. On his walks and travels, he devoted himself to collecting butterflies.

In 1987, Lehman donated his butterfly collection to the Smithsonian Institution in Washington, D.C. Many researchers and specialists have used his contribution that he donated to the institute, which had 4,222 species of Honduran lepidoptera.

And in 1994, Lehman started to build his newer, larger collection of butterflies and insects. Just two years later, his collection became the Museum of Butterflies.

The Entomological Museum and environmental conservation

In recent decades, Honduras has implemented reforestation and conservation programs. However, a lot of the flora and fauna have been affected by environmental changes.

In this sense, the CURLA Entomological Museum is a haven of knowledge and butterfly species that could soon disappear.

New administration of the Butterfly Museum

Lehman managed the butterfly museum since its founding. However, since 2015, the museum is now under the administration of the National Autonomous University of Honduras.

That same year, the museum passed from its initial venue to the Regional University Center of the Atlantic Coast (CURLA). The university community, both researchers and students now use the museum. Of course, the museum is still open to the public.

Robert Lehman continues to collaborate with the entomological museum through consultations and staff training. He teaches workshops on the collection, identification and biological set up of insects, but also on the environment and how to care for natural habitats of lepidoptera.

Keeping Insects as Pets: Ant Farms
While they might not be your first choice of pet, ant farms can be an excellent way to teach children about the responsibilities of being a pet owner. Read more »
Link copied!
Interesting Articles
Invertebrates
The Cricket: Is It a Pest or Good Luck?