Good hygiene habits and responsible consumption are the very basics required to reduce pollution and dirt in the home. 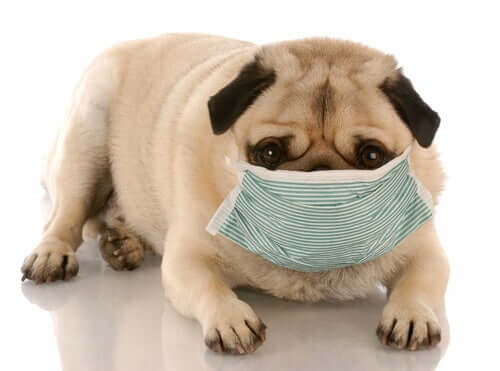 Humans are currently one of the main causes of environmental pollution. This poses a risk to human health, but can also cause canine health problems and problems for millions of other creatures.

Most studies have focused on the effect of pollution on people. However, experts are now seeing the overall impact of an irresponsible consumerist society.

If you think about all the pollution in urban centers, dogs are increasingly likely to be exposed to unclean environments. The emissions from factories, cars, and excess waste are just a few examples.

And then, let’s consider tobacco, dirty air conditions, poor ventilation, or a general lack of hygiene. All of these can make your home a dirty environment and thus pose a risk to your dog and other inhabitants.

Since the second half of the 20th century, there has been a growing awareness of environmental pollution and its deadly effects. Initially, people only focused on the impact on humans. However, now we’re gradually gaining new insights into the true impact of human mismanagement.

On the subject of canine health, in 1967, researchers Ragland and Gorham had already concluded that dogs living in Philadelphia were more likely to suffer from tonsil carcinoma than dogs living in the countryside. They identified the main causes to be tobacco and radon, which some industries banned.

Following this, other researchers added bladder cancer, lung cancer, nose cancer, and mesothelioma and diseases frequently associated with human emissions. They also claimed that certain groups were more likely to get sick or suffer a deterioration in their health. These groups included dogs less than one year old, older dogs, and also those with chronic bronchitis.

Currently, as well as the effects of tobacco, experts have identified a number of harmful chemicals found in cleaning products. Paradoxically, some cleaning products could actually contaminate the air in your home. Such products include floor cleaner, glass cleaner, or even air fresheners. This was the conclusion of a study by the University of Massachusetts and the Cummings School of Veterinary Medicine at Tufts University.

After analyzing the relationship between the use of garden pesticides and canine health, the study showed that dogs had a greater chance of developing canine lymphoma. To be exact, in 700 households who used such pesticides, 33% of dogs had developed the disease.

However, the real threat is in open spaces. In fact, the Minnesota Pollution Control Agency, following studies on air quality in Mexico City, has pointed to a relationship between pollution and brain damage. This was the conclusion after studying amyloid plaques and other protein formations (typically seen in Alzheimer’s) in dogs who were exposed to air pollution.

Recommendations for protecting your pet’s health

Environmental pollution is a matter for everyone. However, it’s possible to take individual steps to improve air quality, both in open spaces and in the home.

In particular, some good ideas include:

Good hygiene and responsible consumption are essential for the health of every living being. Consequently, as both the main polluters and as victims, it’s important for all humans to take responsibility and not make the situation worse.

Games to Help Keep Your Dog Healthy
Today, we're going to show you some games to help you keep your dog healthy. Don't let it lay around, keep it active for a longer, stronger life! Read more »
Link copied!
Interesting Articles
Tips
Caring for Your German Shepherd's Coat

Illnesses and Treatment
Characteristics of Displaced Abomasum in Cows