Everything You Need to Know About Basic Snake Care

More and more people are choosing to buy exotic pets. So in this article, we want to tell you everything you need to know about basic snake care. 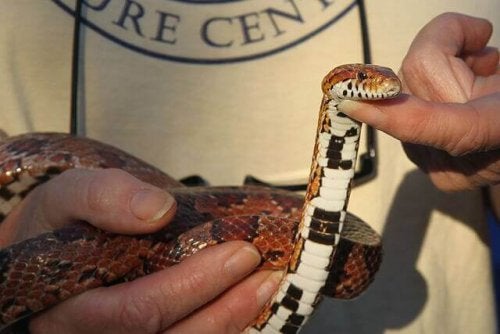 A growing number of people – including children – have developed an interest in keeping snakes as an exotic pet. It’s important to make sure that this trend doesn’t put either animals or their owners at risk. So, in this article, we want to tell you everything you need to know about basic snake care.

It never hurts to remind yourself that there are many species which cannot legally be kept as pets. Take a look online, and you’ll find a detailed list of illegal exotic pets by country. We would recommend taking a look before choosing a snake purely on its appearance.

You also need to be aware that the captive breeding of endangered species is illegal. Anyone found owning and breeding these animals will be subject to legal action.

As such, it’s important to make sure you know where your pet has come from, and to be sure to choose a reputable breeder. We would never recommend buying from an individual, or from an unlicensed store which isn’t recognized by an official body.

Do we really need to say that breeding venomous snakes at home is not a good idea? In fact, in many countries, it’s actually illegal. The risk of an accident is extremely high, especially if there are children in the house.

Things to consider before choosing a snake as a pet

The word “snake” is used to describe all the different species of this family of reptiles.

Snakes range in size from 8″ to 16 ft. It’s important to choose a species which is a suitable size for your home. Any animal can become aggressive or get sick as a result of improper housing.

Next, you need to research how sociable each breed is, and how easy they are to tame. Like dogs, some breeds of snake adapt better to family life than others.

Those new to keeping snakes should go for species smaller than 6 ft in length, as they are easier to tame and handle. Dealing with large, anti-social snakes requires expert knowledge and plenty of practice.

Another important aspect to keep in mind is money. Snakes can end up being some of the most expensive pets you’ll ever own. Firstly, you have to invest in buying the snake itself, making sure to acquire it legally from an exotic pet store. And the expenses don’t stop there, as your new pet will need specialist veterinary care throughout its entire life.

One final important aspect to consider: reptiles are very independent animals. It’s this trait which helps them to survive in the wild. However, it also means that you should never expect a snake to want lots of cuddles and attention.

The first thing you need to know about basic snake care is how to set up their vivarium. This means attempting to recreate their natural habitat as far as possible, to ensure your animal is happy and healthy.

First, you need to choose the right vivarium. Under no circumstances should you ever let your snake live loose in the house. This is dangerous for both the animal, you, and anyone else living in the house.

As we’ve already mentioned, adult snakes can measure up to 16 ft in length. However, baby snakes can be as little as a few inches long. This means that your vivarium has to be big enough to cope with the rapid growth of your new pet.

Secondly, the majority of species require a small pool or bathtub where they can cool off, drink, and have the freedom to express their normal behavior.

Some species, such as rat snakes, will also need branches they can climb, just like they would in their natural habitat.

Finally, you can’t overlook the importance of hygiene in your vivarium. The entire tank should be cleaned out at least once or twice a week, and the water should be changed on a daily basis.

Getting the right climate for your domestic snake

Snakes are cold-blooded reptiles. As such, they use external light and heat sources to regulate their body temperature.

When it comes to basic snake care, the right climate will vary depending on the species. Snakes that normally live in temperate climates are the only species that hibernate in winter.

Snakes originating from tropical climates don’t hibernate, and maintain their regular diet and activity all year round. However, they do need a specific microclimate when kept in captivity.

Tropical snakes require a high level of humidity (around 70%). Vivarium temperatures should never fall below 86°F in summer and 77°F in winter. They also require 10-12 hours of light per day.

The majority of snake species feed on mice, small mammals and birds. However, some prefer to eat insects, crustaceans, fish and snails. The latter are easier to care for and feed in captivity, and are more suitable for beginners.

Basic snake care should also include one or two check-ups a year with a specialist vet, as well as preventative medicine, such as antiparasitics. 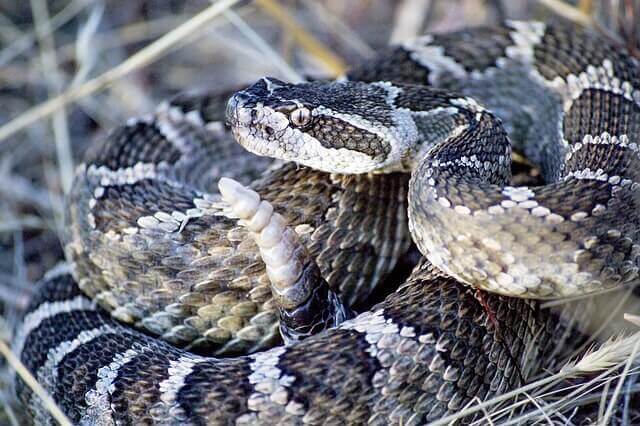 Rattlesnake Species: Venomous Vipers in North America
Although not all snakes are dangerous, there are several things you should be aware of when dealing with rattlesnake species. Read more »
Interesting Articles 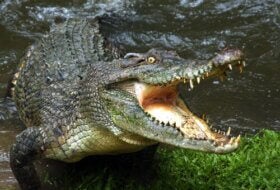 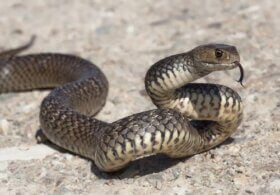 Many animals have shaped our history as symbols. Snakes in ancient cultures are one of the best examples. While some people hate or fear these creatures and others love them, it’s hard to find someone that’s indifferent. The idea of… 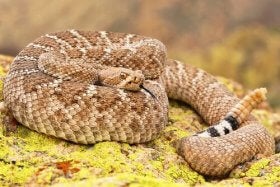 Reptiles
Do Rattlesnakes Use Their Scales to Store Water?

Have you ever asked yourselves what snakes do in order to survive in regions where water is scarce? Might they… 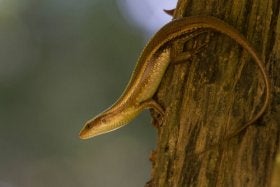 Reptiles
Meet the Skink: A Snake or a Lizard?

Although its appearance is quite deceptive, the skink is actually a lizard. Most of them are terrestrial and some of them live in trees. However, they usually have more elongated bodies than other lizards, so they tend to be confused…