The Amazing Wildlife of Southeast Asia

Southeast Asia encompasses several islands and countries between northern Australia, eastern India, and southern China so the wildlife is amazing as it's one of the most biodiverse places in the world. 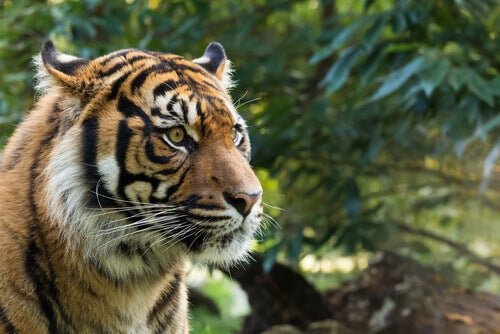 Southeast Asia is quite popular among tourists seeking priceless adventures in contact with nature. This is because it’s home to some of the most amazing wildlife. Today’s article will discuss the most characteristic flora and fauna on this side of the world. Welcome to the wildlife of southeast Asia!

The wildlife of Southeast Asia

Firstly, this is one of the most biodiverse places in the world, as there are all kinds of mammals, birds, crustaceans, insects, reptiles, amphibians, and arachnids living there. The following species are common in Southeast Asia.

This animal is endemic to this Indonesian island and there are about 500 living specimens distributed among five national parks. Furthermore, it’s the smallest of tigers after the disappearance of the Java and Bali ones. It measures almost 8 feet and weighs about 220 pounds.

The stripes of a Sumatran tiger are thinner than those of their relatives and they’re also proficient swimmers. In fact, the membranes between the toes of their paws are just for that purpose. They inhabit forests and mountains and feed on wild boar, deer, fish, birds, and even crocodiles. Note that they usually hunt at night.

This is a solitary animal that only gets together with others of their kind to reproduce. Females usually give birth to two to three cubs per litter after 100 days of gestation. The little ones become independent at the age of two years and can live for about 15 years.

This animal inhabits low-altitude rain forests on the island of Borneo and is one of the many that comprise the wildlife in Southeast Asia. Females have coppery feathers and a bluish head, and males have dark blue feathers with an orange tail and breast and a light blue head.

The male flaps his wings and leaps while emitting loud cries and puffs his face up in order to court the female. The pair incubates between four and eight eggs for 25 days every season. Moreover, the chicks are completely bald when hatching.

This crocodile, scientifically known as Tomistoma schlegelii, is common in the rivers in Indonesia and Malaysia. These animals measure over 13 feet; their body is long and green with black spots and a rather hefty tail.

Their main diet consists of small vertebrates, bats, and young animals such as deer and rodents. The false gharial is an endangered species due to the draining of rivers and swamps and also due to illegal hunting for their skin and meat.

4. Malaysian giant turtles are part of the wildlife of Southeast Asia

This cutie inhabits large swamps, lakes, and rivers of tranquil freshwater. In addition, it’s the largest animal in Southeast Asia. Their head is gray (in adults) and has an elongated snout with strong jaws, and their shell is oval and smooth, black and brown, and expands in order to allow them to breathe underwater.

The females of this species lay large, oval eggs on the banks of rivers after they dig a nest with their hind legs. Incubation takes between 120 and 130 days and they can live between 25 and 30 years. They mainly feed on aquatic plants, insects, and fruit.

Last but not least, this species is endemic to the island of Borneo in Indonesia and there are currently about 45,000 specimens in the wild. Unfortunately, their population has significantly reduced due to illegal hunting and trafficking of their youngsters. Logging and forest fires have affected them as well.

This large arboreal mammal has a stocky body, long arms, and short legs, and their toes allow them to move between tree branches. They don’t usually come down to the ground but they walk on their hind legs when they do.

Finally, the Bornean orangutan becomes a loner after they leave their mother around the age of eight. Also, a female of this species can give birth to up to five babies in their lifetime. Dominant males have a “mask” on the sides of their face that begins to grow when they reach the age of 12 years.