Wildlife Found in the Amazon

If there's one place in the world that's rich in nature, it's definitely the Amazon. 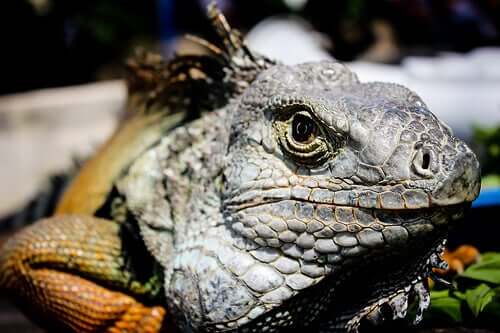 Thinking about all the wildlife found in the Amazon can just boggle the mind. There are so many different species that live there that it’s impossible to even imagine. Join us today and discover a part of its great diversity, as we tell about Amazon wildlife…

The diverse wildlife found in the Amazon

Amazonian wildlife is very varied. There are approximately 640 species that inhabit the Amazon. It’s believed that of these, around 326 are birds, 185 are fish, 67 are mammals, 37 are amphibians and 28 are reptiles. Let’s get to know some of them:

Birds found in the Amazon

Among the wildlife that we can find in this enormous natural landscape, there are these species of birds:

Wildlife in the Amazon River

We already know that wildlife includes animals that live on land, in water,  and in the air. You can find a wide variety of species on the Amazon River, such as:

Reptiles are also part of the Amazonian wildlife and there’s a lot of variety. They live on land, in trees, or in the water. You can see from flying snakes with round bodies to much smaller species.

Generally speaking, reptiles aren’t dangerous, and are more scared of us than we are of them. However, if provoked or stepped on (even unintentionally), they will defend themselves by biting, and in the case of some species this could be fatal.

Despite the dangers of the Amazon rain forest, many people come to the banks of the river to fish. There are an estimated 2,500 different varieties of fish. However, the most common and the ones that live closest to the fishing area are:

As we told you at the beginning, if there’s one place in the world that’s rich in wildlife, it’s the Amazon. The Amazon is one of the most unique landscapes on Earth, home to so many different species. Thanks to care and preservation by humans, many species thrive here that would otherwise be extinct.

Without a doubt, it’s a unique place that can help us increase our knowledge of the animal kingdom. We hope you have learned a lot about the wildlife that inhabits the Amazon.

5 Animals That Live in Swamps
Swamps are unusual places that are formed from flooding. Amazingly, some creatures have had to adapt and there are now animals that live in swamps. Read more »
Link copied!
Interesting Articles
Wild Animals
5 Animals that Live in Grasslands