In this article, we want to take a closer look at the American Bobtail cat. 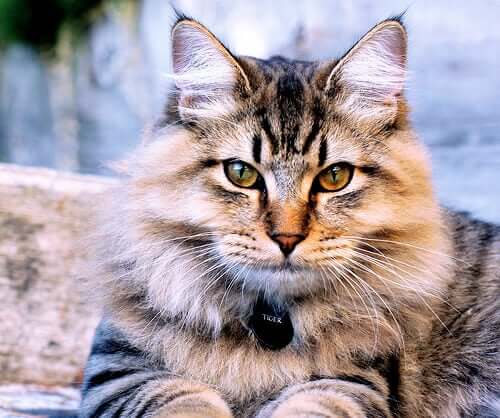 How many different cat breeds do you know? Probably a lot, right? But trust us when we tell you there are a whole lot more that you don’t know! Today, we want to tell you about the American bobtail cat. Ever heard of them? No? Then keep reading, and we’ll tell you everything you need to know.

Everything you need to know about the American bobtail cat

When it comes to the history of the bobtail cat, not all that much is known for certain. They’ve existed in America since the arrival of the Japanese bobtail. However, it wasn’t until the 1960s that anyone began to take much notice of them.

The American bobtail was originally a cross between a short-tailed male brown tabby cat and a seal-point Siamese female. Although the male’s ancestors are unknown, it appears to have been a hybrid form of domestic cat, which may have given it its short tail.

Later, the original bloodline was mixed with a variety of Birman, Himalayan and Siamese cats. This led to the emergence of the first American bobtail breeder. Breeding bobtails was no easy task, as the breed suffered constant setbacks.

However, by the mid-1980s, the American bobtail had finally found its distinctive look: short tail, long fur, and white legs and face.

American bobtails have long, fairly robust bodies, that are almost rectangular in shape. They have strong, wide chests and very pronounced hips, that are almost as wide as their chests. Their back legs are longer than the front, and their paws are large and round in shape.

One of their most notable characteristics is their distinctive tail, which is normally three times smaller than that of a standard domestic cat. Their tails are often rigid, but can also appear curved or knotted.

American bobtails can be any color, whether striped, tabby, or plain.

Their eyes are almond-shaped, and in proportion with the size of their heads. The coat color determines the color of their eyes.

Their ears are almost lynx-like in appearance: medium-sized, wide at the base, and rounded at the tip.

These cats are playful, affectionate, friendly and energetic. They aren’t as independent as other breeds, and their great intelligence makes them easy to train. Their aptitude for daring escape acts could rival the great Houdini himself.

It is difficult to gain the affection of a cat. He will be your friend, if he finds you worthy of friendship, but not your slave.

Though they don’t ask for constant attention, they love being around humans. On a scale of 1-10 – with 1 being a Persian – we would rate bobtails as a solid 8 in terms of activity levels, so you can imagine how energetic they are. This is something to keep in mind if you’re thinking about adopting one of your own.

They love affection and plenty of pampering, and will demand it whenever they see fit. American bobtail cats get on well with both children and dogs, putting an end to the “fighting like cats and dogs” stereotype.

While American bobtails aren’t complicated animals, it’s important to brush their fur at least once a week to remove any dead hair. As with any animal, a balanced diet is essential for good health. When it comes to training, they’ll need a firm but gentle hand, as their great intelligence can quickly go to their heads if you don’t put them in their place.

So, have you decided whether this is the cat for you? Just remember, even though these cats are very active, they still make ideal family pets.

Japanese Bobtail Cat
The Japanese Bobtail Cat is maybe one of the most well-known cats worldwide. Did you know that some people believe they bring good luck? Read more »
Link copied!
Interesting Articles
Dogs
The Causes of Epilepsy in Beagles