Do You Know All 9 Ways that Cats Breathe?

Cats are extremely mysterious, to the point that there's still a lot we don't know about them. One thing we do know is that they have multiple ways of breathing. 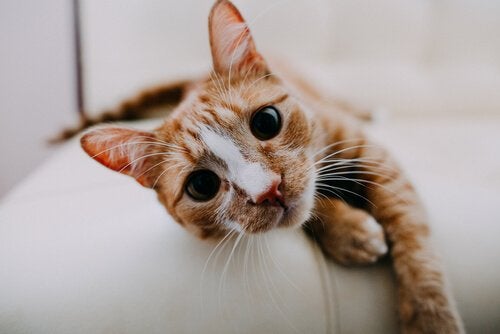 Cats are mysterious and fascinating; we actually don’t know much about them. And here’s another strange thing about them: there are actually 9 different ways that cats breathe.

The 9 ways that cats breathe

Every one of the 9 ways cats breathe is very different from the rest. If you’re a cat owner it’ll be helpful to know some of them, because they could help you know if your cat is sick, or in a particular mood. Let’s take a look.

This is the kind of breathing pattern that could definitely be a sign something’s going on with your cat. It could be anything from stress, a fever, pain, a heat stroke, or even something emotional.

If you notice that your cat is breathing like this for several days, you’ll need to take it to the vet to make sure it’s not caused by some kind of lung or heart illness, diabetes, shock, or any other major health issue.

Slow breathing could be a result of poisoning or encephalitis. It could also be related to later phases of shock. The important thing here is to pay close attention to what it’s eating and watch for any changes in its breathing patterns. Treating the issue in time could be a matter of life and death.

This kind of breathing is normal if your cat has just done some exercise. It’s how cats bring down their body temperature and get back to normal levels. What it does is to help to evaporate the water in their mouth, on their tongue, and in their lungs, replacing the hot air in their lungs with cooler air.

This could be a sign of some kind of illness affecting your cat’s respiratory system or an obstruction in it. In this case it’s best to take your cat to the vet to figure out what’s wrong and get it the right treatment.

This kind of breathing starts when the air only has a very narrow pathway to go through. Since your cat didn’t breathe like this before, that means its vocal cords have narrowed for some reason. That could mean something’s obstructing its throat, among other things.

Wheezing is that kind of breathing where you hear a bit of a high-pitched sound, either when breathing in, out, or both. It’s a sign that your cat’s trachea or bronchial tubes have gotten narrower.

The cause for this could be anything from worms, to asthma, to swallowed fur, or even heart failure. As we always say, the safest bet is to take it to the vet.

Whether you’re a human or a cat, you normally breathe fairly deeply. So, if your cat’s breathing isn’t like that, then there’s something keeping it from expanding its ribs, like a fracture or a break.

It could just be an excess of mucus in the chest, but in this case your cat’s breathing wouldn’t be too shallow, and it wouldn’t be in pain. That’s one way to tell how serious the issue is.

This isn’t exactly a form of breathing, but if your cat is meowing for no apparent reason, then it could be a sign that it’s in pain or something else is bothering it physically.

If this happens, you should take it to the vet because excessive meowing can actually lead to laryngitis.

This is an unmistakable characteristic of cats, and one we tend to think of it as the way they communicate their pleasure and happiness. However, if your cat makes this sound it could also be communicating hunger, sadness, or even pain.

The key is to pay attention to your cat. Whatever kind of breathing it’s doing, just make sure it’s nothing out of the ordinary and that it’s doing it in a normal situation. If you notice anything unusual, don’t hesitate to take it to the vet.

Changes in Temperature Affect Your Cat
Changes in temperature can affect your cat and the consequences can be quite severe. Find out how you can avoid these problems. Read more »
Link copied!
Interesting Articles
Cats
Learn All About the Asian Smoke Cat