One can say that the FIFe is the "United Nations" of Cat Federations. Obviously, they dictate cat breed standards. 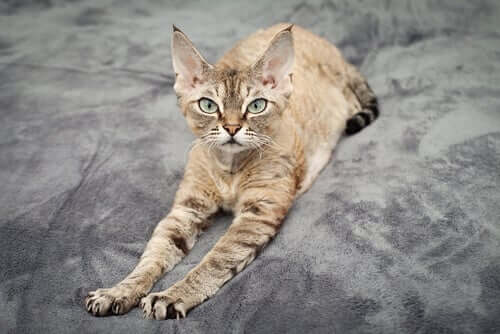 The International Cat Federation is responsible for identifying and grouping felines according to certain characteristics. So, in today’s article, we’ll tell you about the cats that belong to group IV of the FIFe Breed Standards. Check them out!

Most of the 14 breeds that are part of this category are well-known worldwide. However, the most prominent ones are:

This is a very popular cat due to its personality and physical appearance. Apparently, it’s originally from Egypt but became a thing in England after they sent a military expedition to Abyssinian lands. Later, they brought it back to the USA and nowadays the FIFe recognizes it by its four traditional colors: ruddy, cinnamon, blue, and sorrel.

One could say that the Abyssinians are eternal kittens due to their lack of maturity and because they’re rather mischievous. This type of cat loves to play and won’t leave any part of their territory unexplored. They’re very active and require full attention, mainly to keep them from destroying everything in your house.

This animal is derived from the Siamese cat and originated in the United States in 1940. Its name is due to the fact that the first breeders wanted an Asian word that would celebrate its predecessor. This animal is very loyal but to one person only. In fact, it can be quite indifferent to other members of the family. The Balinese is a well-poised quiet animal who gets along well with children.

Physically, they’re muscular with thin limbs and have a melodious soft voice. Their fine, silky coat is darker on their face and tail. Also, their various colors include lilac, white, chocolate, cream, blue and seal.

This is another cat in group IV that’s somehow tied to England. In this case, it’s because they’re originally from the southwest of this island, the county of Cornwall. The first documented specimen dates back to 1950 after the breeding of two British Shorthair cats. The cat is long and slender and covered with medium size wavy hair.

This short-haired cat with soft curls originated in the British county of Devon in 1960. Their ears are large and their head small with oval eyes and a soft meow. The Devon Rex is a rather affectionate animal who’s constantly alert.

This is one of the hairless group IV cat breeds. It’s originally from Russia, more precisely from the city of Rostov-on-Don (hence the name). The Don Sphynx has nothing to do with the Sphynx cat breed and its baldness is the result of a different gene. Donskoy is another name for it. The animal is medium-sized and has big ears, almond-shaped eyes, and webbed toes.

This friendly cat is originally from Germany. They quickly become fond of their new guardians and will stay with them until the day they die. The first Rex appeared in a village near Kaliningrad in Russia in the early 1930s. There they continued to reproduce for more than 10 years. Then, in 1951 a black cat with curly hair was seen near Berlin and became an ancestor for the newer German Rex.

The animal is medium-sized and has a round head with well-developed cheeks. In addition, their ears are large and their eyes color depend on their coat. Also, their coat is silky, curly and the specimens come in many shades. A very intelligent, affable and loving animal who enjoys games and doing acrobatics.

This is one of the most popular breeds of cats in group IV. There are two varieties: modern and traditional.

The modern Siamese are more slender and muscular. In addition, their head is triangular with a slim muzzle and almond-shaped slanted eyes. However, the traditional one has more “rounded” blue eyes in general.