Today's story is a sad one, so get your hankies ready before you start reading about Luhu, the sad-faced cat. 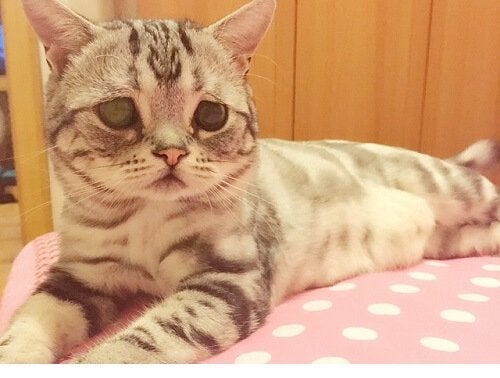 There are many rather peculiar animals all over social networking sites. Sometimes we’re amazed, other times we smile. Then, there are those times when we even shed a tear or two due to these animals’ tragic stories. Today we’ll be telling you all about Luhu, the sad-faced cat, although her life is certainly not a sad one.

Luhu’s facial expression may make her look a bit on the sad side, but she seems quite happy and peaceful.

She happened to be born with a peculiar face; with an expression of apparent sadness that launched her to fame on the social networks. Here’s the story.

Luhu, the sad-faced cat and her family

Luhu, the sad-faced cat, lives in Beijing, China, together with two other cats and their owner. However, Luhu is the only one who has a permanent expression of sadness on her face. Her owner, who’s an avid Instagram user, began to post photos of the kitty on her social media accounts.

In reality, Luhu, the sad-faced cat is beautiful, regardless of her eternal expression. She has thousands of followers online. Her fans love her, and often leave very sweet comments about her.

Nobody knows if Luhu’s expression is due to her droopy eyelids. Or it may be due to a slight, congenital malformation of little consequence. What we do know is that her expression sets her apart and make her special. Everyone around her loves her just the way she is –and, if you take one look at her pictures, you will too.

Social networking sites are constantly flooded with animals that either amuse us or melt our hearts. We’ve mentioned some of them in previous posts, but there are a few you may not have heard about yet:

Almost all the animals we talk about are either dogs or cats. But this time we’ll mention a chinchilla. For those who don’t know, this is a type of rodent that’s similar to a hamster. Mr. Bagel loves to pose next to his custom-made furniture, clothing, and equipment (all scaled down to his size).

This little dog is the hairy friend of Rafael Mantesso, an artist with interest in photography. Jimmy is a natural poser who, together with Rafael, creates some great pictures that make his fans (more than half a million of them) go crazy.

Sam and his eyebrows

Sam is a nearly all-white cat that has a black tail and two black spots above his eyes that resemble eyebrows. Their shape and placement give the cat a bit of a surprised look.

The pictures of Sam are quite a revolution on social networking sites; his more than 163,000 followers simply adore him. 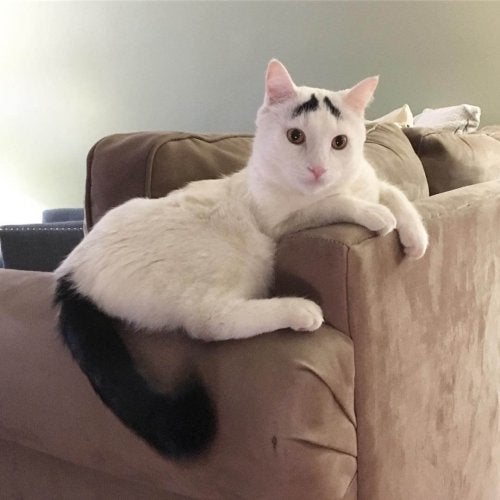 This chihuahua has a rather peculiar expression. She’s missing an eye and her tongue constantly sticks out – characteristics that inspired her nickname, the pirate. She lives in Thailand and has over 100,000 followers on social media.

This young black mongrel has an innate fondness for soccer. According to his owner, he once started playing with a soccer ball and didn’t stop. He now plays professionally. His name is a parody of the name of the professional soccer player, Ronaldo.

This cat is afflicted with dwarfism, a congenital medical condition that’s uncommon in cats. Additionally, a deformity in her jaw forces her to keep her mouth half open at all times. It creates an expression on her face that is quite unusual!

These are a few of the most famous animals on social media. Have you heard of any other?

Joaquín Sabina and His Cats
Joaquín Sabina is a famous Spanish singer, who happens to love cats. Today we're going to take a look at his beautiful relationship with the species. Read more »
Interesting Articles