The Most Luxurious Dog Houses

The eccentricities of silly celebrities and millionaires never cease to amaze us. Not only do they wear diamonds on their teeth, but they also have gold foiled cars and phones, and they also buy dog houses that are worth several thousands of dollars. 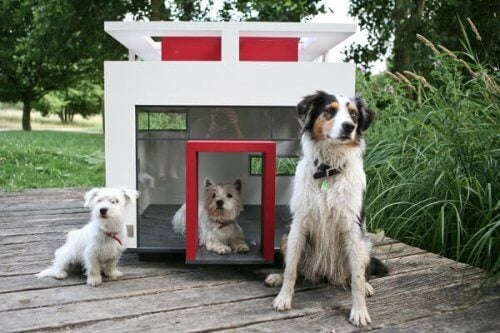 There are so many varieties of dog houses around these days and we’ll be telling you about some of the more luxurious ones!

It’s known that celebrities don’t think twice about splashing the cash when they like something. Anything they want, they get, without thinking about the cost. And even more so if their rivals have one.

There’s a tendency among rich celebrities to commission luxury dog houses. Here are some of the most luxurious, and expensive, designs around.

Alan Mowrer is one of the most famous men in the field of dog houses. The value of his brick “dog mansion” is at least 25,000 dollars. It was built like a human house, and has running water, air conditioning, lighting, and heating.

It’s basically the same as a human house but scaled down to pet size. Furthermore, it even has windows and a hall with a roof!

One of the ideas that Paris had was to have a giant house built for her dogs. These dogs, by the way, have rather kitsch names: Prada, Dolce, Marilyn Monroe, Prince Baby Bear, and Tinker Bell.

This house has two stories. There’s a large living room on the lower floor, and the upper one has rooms with closets to store dog outfits. These outfits, of course, are chosen according to the occasion.

The interior is pink, decorated by an interior designer, and complete with miniature furniture. The price of this mansion was 325,000 dollars.

The Petite Maison (little house) has a value of 30,000 dollars and the outer walls are painted barn red, and the roof, terracotta. Additionally, there are flower pots hanging from the windows. The entrance even has lanterns that go on at night.

Furthermore, the house is so big that a person can enter it without bending down. This house is actually a scaled-down version of the house that actress Rachel Hunter has in California.

Hundehaus (German for dog house) is the name of this design and was built for people who live in the countryside –and that have a lot of money! Farm dogs are very important, as they take care of the farm and also watch the cattle.

The house is red with a tiled roof, glass windows, and white lintels … very much in tune with a farm. Furthermore, the beds have flannel and there are windows with views of the whole field.

Dog houses with a pool

If some humans can afford a place to cool off during the summer, so can their dogs. This house is very similar to a traditional house in the USA, made with vertical boards and a gabled, tiled roof.

Interestingly, it does resemble a human house. Not only does it have an entrance and steps up to it, but also a portico, windows, pots with plants and many other features.

We shouldn’t forget to mention the fact that it has a nice bone-shaped pool with a wooden platform around it. Perfect for the dog to lie down under the sun after taking a dip, perhaps.

Nowadays, the tendency is for homes to have large windows that can let natural light in. Most of these tend to be square or rectangular in shape. There is, of course, a version for dogs! It’s called Cubix and it was inspired by Bauhaus architecture.

The modern style house was built by a German company and is available in three sizes, to suit any dog you might have. The price ranges from between 5800 and 6300 dollars. 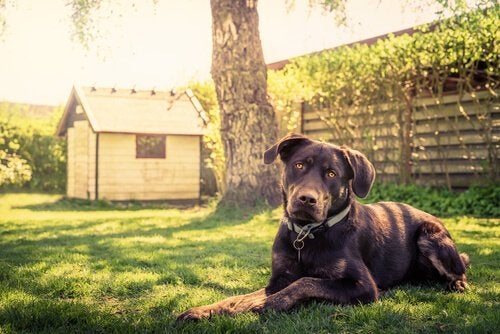 14 Tips for Building a Dog House
In addition to the location you choose and the materials you use to make the dog house, you must keep in mind that it has to be clean and dry Read more »
Interesting Articles