What Happens During Feline Heat?

Learn About Feline Heat and Reproduction 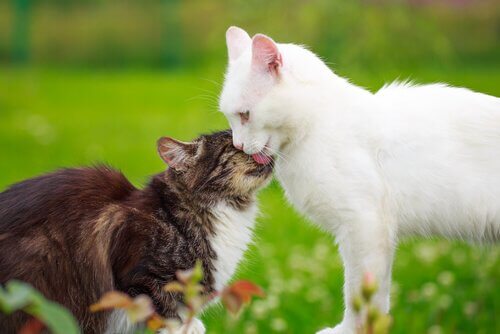 During feline heat, the female doesn’t mark areas where she lives. She is fertile her entire life and experiences many changes in behavior. She may mark the house with her urine. However, it’s very important to know everything about feline heat so that you’ll avoid unexpected mishaps.

Feline heat revolves around seasons that coincide with spring and fall. A cat in heat tends to be very clingy, and some cats even lose their appetites.

The cat’s cycle: the first period of heat

The beginning of the feline’s first heat varies, depending on the temperature and the presence of other cats in the house. Sexual maturity begins at six months of life. However, the first time a female is in heat will be when she is eight months old. This coincides with the seasons of the year, being the spring and the beginning of fall.

Due to the fact that periods of heat are seasonal, females come into heat several times at certain times of the year.

Also, the breed of the cat is going to influence when she is on heat for the first time. For example, long-haired cats, such as the angora, tend to experience their first heat much later, at around ten months of age.

External factors also influence the arrival of the first feline heat. Circumstances such as the length of day, temperature of the environment, and the presence of other cats are influential. Not to mention other determinants, including where she lives or the amount of light she is exposed to.

According to this theory, cats that live in warm climates experience the first heat earlier in life, as a result of more hours of light. Because of longer periods of light between the months of September and March, feline heat is most frequent in this time period.

The reproductive cycle and feline heat

The feline reproductive cycle is divided into four phases:

The change in conduct is obvious and the howling becomes much louder.

In respect to the phases of reproduction, domestic cats that live in an apartment or a house can reproduce any time of the year. However, cats that live on farms or go outside, have more fixed periods of reproduction. In addition, they also tend to have a litter at the beginning of spring and another one in the middle of summer.

The situation of the male cat is different since he can mate at any time of the year. This is the case as soon as he reaches sexual maturity. He doesn’t experience anything like feline heat.

The female attracts the male due to her odor and the sounds that she makes. These signs of heat can be heard and sensed by the male from several miles away. Once the two of them meet, the female takes on postures that excite the male. They will then mate as soon as possible.

Mating occurs with the male mounting the female for copulation. It’s over when the female growls at the male and they separate.

If we want our cat to reproduce, the best thing to do is to consult a veterinarian. 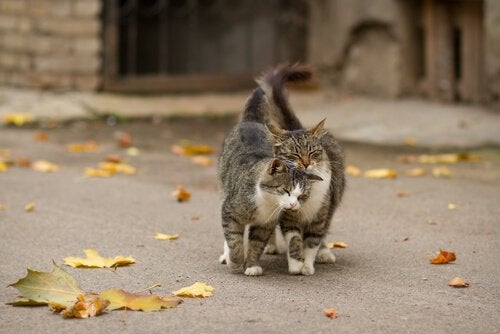 How do Cats Mark their Territory?
Cats mark their territory for several reasons, but mainly because this behavior is their instinct. This can be a problem if they do it in your house. Read more » 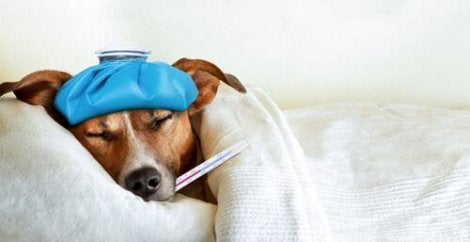 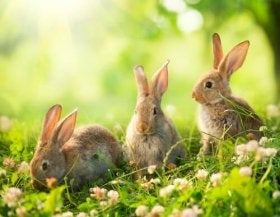