A Dog’s Origins According to its Ears

The shape of the ears is an important characteristic in dog breeds. Can you know a dog’s origins based on its ears? Read on to find out! 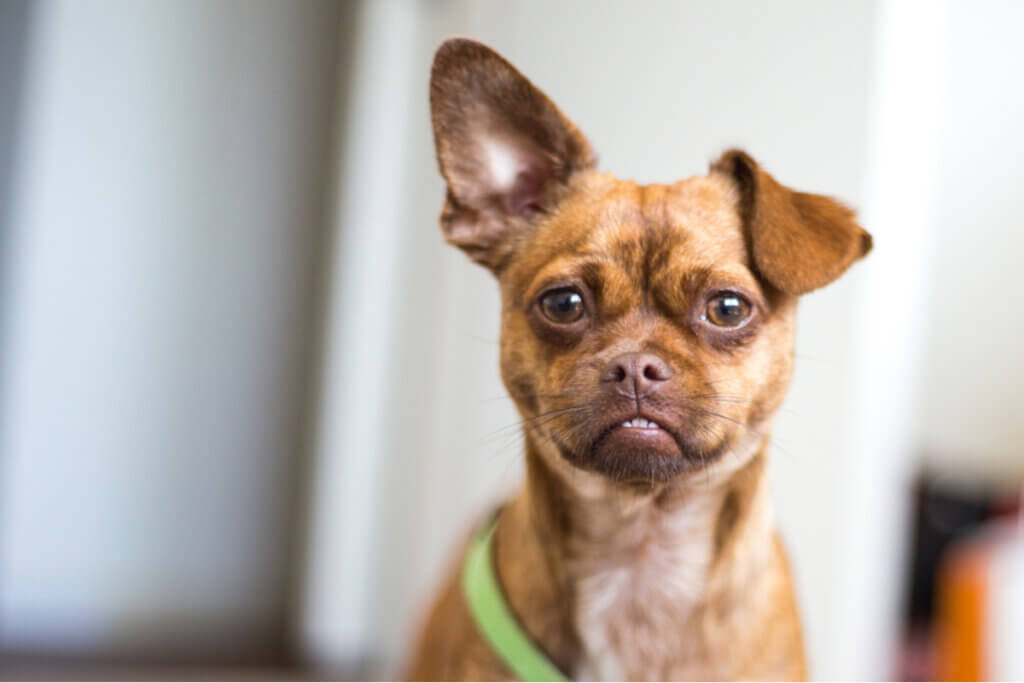 Dogs come in all shapes and sizes. It’s difficult to imagine that Great Danes and Poodles are the same species. However, they’re genetically identical and have the same anatomical characteristics. But here’s a strange question for you: can you know a dog’s origins from its ears?

It’s clear that a dog’s ears are one of the most noticeable parts of its anatomy. In addition to their sensory function, they express a good part of the dog’s character and personality. Below, we reveal all the secrets of these fascinating sensory structures.

Gray wolves and dogs are descendants of a wolf species that became extinct approximately 15,000 to 40,000 years ago. Scientists generally agree on that point. However, experts dispute when and where domestication began.

From these findings, experts hypothesized that the dog may have been domesticated from the wolf more than once in different places.

The role of humans in dog breeds

These processes impacted the patterns of genetic variation. Also, they’ve caused a higher incidence of harmful or deleterious mutations, as well as a high prevalence of inherited diseases, which varies quite a bit between dog breeds.

Apparently, humans also played a less direct role in the appearance of the modern dog. By comparing the morphology of domestic animals with their wild counterparts, scientists postulated the theory of “domestication syndrome”.

In the last few hundred years, many breeds were created from the ancestral set of dog genes. According to this theory, animals subjected to domestication undergo morphological changes that include the appearance of floppy or drop ears.

From a dog’s origins to its typology

According to evidence that fossil remains provided, at the beginning of the Bronze Age (around 4500 BC), there were already five different types of dogs. They were the following:

Although many breeds are extremely old, most developed recently, around the 19th century.

The shape of dogs’ ears

Early breeds had erect ears and pointed or wedge-shaped snouts, similar to the northern breeds that are very common today. But nowadays, dog ears come in all shapes and sizes: small, long, wide, or V-shaped. Nevertheless, they’re generally classified into three main groups:

Does genetics dictate the shape of a dog’s ears?

Several scientific studies identified that a part of chromosome 10 is among those with the highest levels of genetic differentiation between dog breeds. This DNA region seems to be associated with body mass and ear morphology.

According to these studies, this chromosomal region contains genetic variants that potentially influence ear type and body mass. Thus, experts suggest that small mutations are responsible for these traits.

Another recent study analyzed a dataset which comprised of 1417 dogs from 193 breeds and nine wild canids (two golden jackals and seven wolves). In this study, experts investigated genes that determine the shape and size of dog ears.

The authors distinguished breeds with pricked ears (101 dogs) and drop ears (113 dogs) and identified a significant association between the presence of a specific gene (with regulatory functions over other genes) and drop ears.

Similarly, they were able to identify an association between the expression of two specific genes and the shape of large, round ears (for example, Spaniels, the Beagle, and Corgi breeds). They didn’t detect such genes in dogs with standard-sized triangular ears (such as the Eurasier or Miniature Pinscher).

In conclusion, it’s possible to know a dog’s origins from its ears. Thus, the genetic variability that results in the shape of your dog’s ears will no longer be a secret.

The Origin of the Domestic Dog
In this very interesting article, discover everything you need to know about the origin of the domestic dog. Read on now! Read more »
Link copied!
Interesting Articles
Dogs
The Tosa Inu: A Perfect Mix of Europe and Asia