All About the Kishu Inu

A native of China and a resident of Japan, this breed has a 3000-year history. 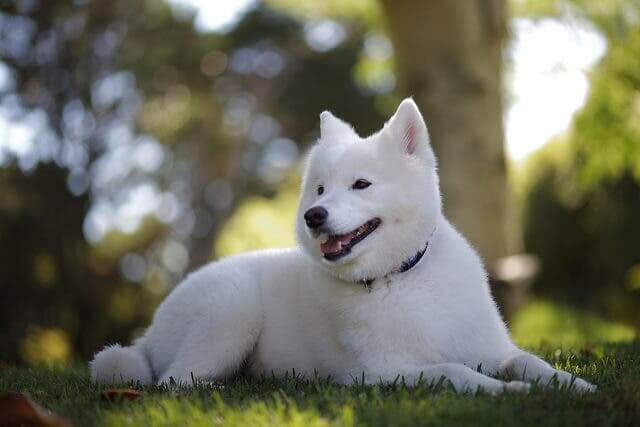 You know how much we like to talk about unfamiliar breeds and reveal their characteristics and personality to you. Today it’s the Kishu Inu, a beautiful and very peculiar Japanese dog.

Let’s find out about the Kishu Inu

This is one of the oldest breeds we know, though not the oldest. They’ve been around for at least 3000 years, and are believed to have arrived in Japan from China when human migration began.

The breed began to develop in the mountain region of Kishu, hence its name. They were used as a hunting dog for wild boar, deer, and large game. This proves the bravery of this breed, as wild boar can kill you in an instant.

Although in this breed’s early years some paintings and writings suggest they had a variety of different colors since 1934, only those with single-colored fur are accepted as a pedigree.

It was in that same year, 1934, that the Kishu officially adopted the name of the region it came from. However, this didn’t stop this breed being close to extinction during World War II, as happened to many others.

It’s a good job that it didn’t disappear! It’s a beautiful breed with incredible fur, and although there are enough individuals to preserve the breed, they aren’t seen outside of Japan. So if you want to see one, you may have to take a trip to the far East.

A medium-sized dog that measures between 17 and 22 inches, which varies according to gender. Females don’t usually grow more than 20 inches. The average weight varies between 35 and 39 pounds.

Their heads are prominent, with perfectly round honey-colored eyes. They have long, narrow snouts, and their easy expression reveals nobility and tenderness. Their ears are pointed and upright and wide at the base.

They have an abundance of soft fur, which is almost always white. Although, soft sand colors are allowed. They appear very regal. Their legs are strong and straight, with the hind legs being slightly longer than the front ones.

They’re still used as hunting dogs in Japan today, but they’re becoming more popular as guard dogs and pets. Because of their hunter instinct, they’re a very energetic and active dog, so they need long walks and a lot of exercise.

They’re courageous, persevering, and alert. Despite being active, in family life, they’re calm, affectionate, and happy. They’re very playful, which children love. They’re capable of creating very special bonds thanks to their calm character, tolerance, and protective instinct. They can easily get bored if they don’t have the company or the necessary exercise, which makes them destructive, noisy and stressed.

Special health and care of the Kishu Inu

This breed doesn’t have common health problems, except those that might occur in old age such as dysplasia. However, their fur needs to be checked continuously as it’s a focus for bacteria and parasites. They also need to be brushed daily to untangle and remove dead fur. Their eyes and ears may become infected, so they need to be cleaned daily with a little serum.

Because of their active nature, they need long daily walks and plenty of exercise. Also, they’re less likely to become bored, stressed, or destructive. As you can see, this dog is an ideal pet. Although it seems difficult to find one outside of Japan, you may one day be able to have one at home. Would you like one?

The Akita: The Image of Oriental Elegance
Today, the Akita is famous for the 2009 film Hachi and is the favorite breed of Vladimir Putin. In today's article, we'll tell you more about the Akita.  Read more »
Link copied!
Interesting Articles
Dogs
Pug Dog Breed, the Best Dog for You