All About the Otterhound Dog Breed

Amiable and even-tempered, the Otterhound shows great respect for its owner. This British dog breed's loyalty makes it a perfect companion, as it harldy ever becomes aggressive or nervous. 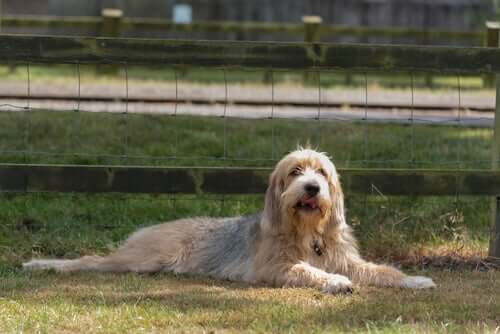 The Otterhound is a large and strong hound, conceived mainly for long days of work on the water. But it’s also quite capable of running on land.

The origins of the breed

According to the International Cynological Federation, the otterhound belongs to group 6, subsection 1. That is, it’s a large-sized hound. The breed originates from Great Britain, though experts agree on pointing out the influence of breeds of French origin.

As its own name indicates, the Otterhound was selected for the hunting of otters. Its sense of smell, both on land and on water, is very powerful. At the same time, given their resistance and the interdigital membranes on their paws, they can swim for hours after their prey.

The nature of the otterhound

Amiable and even-tempered, this otterhound shows great respect for its owner. This British dog breed’s loyalty makes it a perfect companion, as it hardly ever becomes aggressive or nervous.

This dog was specially selected and designed for hunting. Therefore, you should be careful if there are other pets in your home. For example, the otterhound may confuse cats or rabbits as prey.

The physical characteristics of the otterhound

The Otterhound is a large-sized dog breed with a robust build and straight extremities. Although it possesses and strong body and a majestic head, its movements are elegant, with a long and loose stride.

The Otterhound’s head is impressive–taller than it is wide. It has a flat forehead with an open and friendly expression. Except for the nose, all of the animal’s head is covered in rough hair that forms a mustache and beard.

Given the major sexual dimorphism in this breed, the size and stature of the Otterhound vary between males and females. The height the withers in males should be 27 inches while, in females, the height should be 24 inches.

As for the animal’s coat, it consists of a rough double coat. In general, we can say that the dog’s fur is long–some 1.5 to 3 inches in length–and impermeable. You can observe different textures in its hair, which tends to be softer on the head and the lower part of its extremities. The hair on the rest of the body is rougher.

As for color, acceptable colors include those recognized for hounds, such as:

According to standards for this breed, the colors brown and white are both unacceptable.

The health and care of otterhounds

Otterhounds are quick and easy to groom. Given their hair type, it’s best to brush them on a weekly basis and limit bathing. That way, you’ll keep their hair from losing their impermeable layer.

As for the health of otterhounds, as we’ve already mentioned, they’re greatly resistant, large dogs with a robust appearance. Their large size exposes them to a greater risk of suffering from joint illnesses like elbow or hip dysplasia. For the same reason, they’re more prone to developing more serious problems like gastric torsion.

However, regular visits to the veterinarian along with a complete and balanced diet, accompanied by exercise, will allow our pets to enjoy a long and happy life.

The Hamilton Hound: A Swedish Hunting Dog
Even-tempered and with a pleasant disposition, the Hamilton Hound is a canine hunting dog enjoyed by the most privilages classes of the 18th century.  Read more »
Link copied!
Interesting Articles
Dogs
Take a Look at These Breeds of Dog with Big Eyes!