The Black and Tan Coonhound: An Excellent Hunter

Today we want to tell you about a beautiful all-American breed that not only makes a great hunter, but a great pet as well. Stay her to discover the Black and Tan Coonhound. 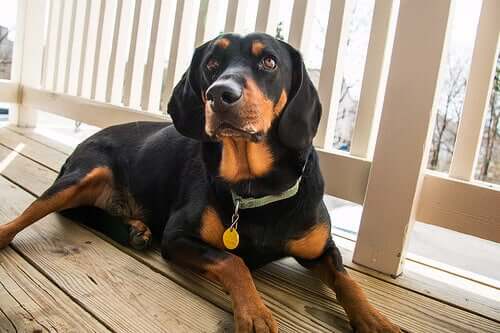 The Black and Tan Coonhound is one of the six types of coonhound that exist. This breed, which belongs to the hound group, is often used for hunting. Would you like to know more about this beautiful animal? Stay with us and we’ll tell you all about it.

The breeding of this particular dog aimed to create a working dog that could resist the different ecosystems in the United States. Therefore, its physical characteristics help it handle inclement weather conditions. Let’s take a closer look at this strong and beautiful animal.

All you need to know about the Black and Tan Coonhound

According to studies to determine its origin, its oldest ancestor is the Talbot, a breed from Normandy that goes back to the 6th century. It’s closest ancestor is the American Foxhound. However, when it comes to this breed, there’s little information available regarding its development. Just the same, the similarity in appearance between the American Foxhound and the Black and Tan Coonhound is undeniable.

What’s clear, however, is that this coonhound comes from the southern Appalachians. In this mountain range located between the United States and Canada, people used the Black and Tans to hunt weasels and raccoons. However, it soon became clear how skilled they were, and they were soon employed for greater duties.

There are few breeds that are considered to be purely from the United States. However, the Black and Tan Coonhound is one of them. In fact, stories tell that George Washington himself had four of them. This is why this was one of the first coonhounds to receive recognition in the year 1900.

General characteristics of the Black And Tan Coonhound

The character and temperament

The Black and Tan Coonhound has an innate tracking instinct given its amazing sense of smell. It’s true that it’s not a particularly fast dog. However, it possesses physical abilities and excellent agility that help it in its work. Its hair is also helpful, given that its thickness and oiliness can protect it from dirt and roughness in the environment. In the same way, their fur even protects them from the attacks of other animals.

Black and Tan Coonhounds are active and very independent. However, at the same time, they’re loyal to their own. They’re not edgy, meaning it’s okay for them to be around children. What’s more, they make for wonderful pets, especially when it comes to protecting your home.

How to care for Black and Tan Coonhounds

This breed may suffer from ear infections. This is because of the shape of its ears, which don’t allow for proper ventilation of the orifices. Therefore, it’s important to check your pet’s ears often and clean them whenever necessary.

You need to do the same when it comes to their eyes. They may be prone to infections and vision problems.

Hip dysplasia is a common problem as these animals get older. However, a good dose of regular exercise can help to prevent this ailment.

The Black and Tan Coonhound is an ideal pet if you live in a wide-open area where it can have its own space and time alone. So, do you think you’d like one as a pet? 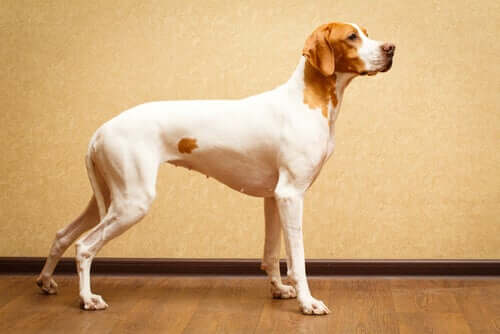 Short-Haired Dog Breeds: Less Grooming!
If you don't have enough free time for vacuuming and removing hairs from the sofa or carpet we recommend that you choose a short-haired dog. Learn more! Read more »
Interesting Articles