Take a Look at These Breeds of Dog with Big Eyes!

As well as their big eyes, these breeds also stand out for their colors and their sweet faces. Here are some dog breeds that you're bound to fall in love with. 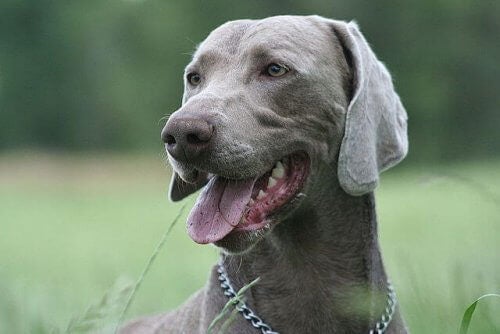 Although dogs are categorized by different breeds, there are many similarities between them. Some have a similar body shape, others have short ears, and some have very short noses. Today, we’re going to look at breeds of dog with big eyes. Ready to meet them?

There are many pets with big eyes, and although they don’t really provide them with an advantage over animals with smaller eyes, they certainly can look pretty or even quite funny.

For example, cats often stand out because of their eyes, not just the color, but the intensity of their gaze as well.

Some people say that such big eyes scare them, whilst other people think they’re beautiful. In fact, many renowned painters have dedicated their lives to painting both animals and people with big eyes.

Dogs are no exception, and there are a number of different breeds with big, beautiful eyes. Would you like to meet them?

Breeds of dog with big eyes

You’re bound to recognize these breeds as soon as you see a photo of them. They’re not just known for having big eyes, but for many other reasons too. They’re truly beautiful creatures.

The Weimaraner, which you can see in the image at the top of the page, is a grey-brown dog that’s known for its almost perfectly round, intensely blue eyes. Some have more honey-color eyes, but they’re still very ‘eye-catching’.

They have a very sweet gaze, and despite their intimidating size, the way they look at you can be enough to make you want to go and pet them.

This snow dog is known all around the world for its gorgeous eyes and the tenderness of its gaze. They’re like a work of art where the color of their fur matches perfectly with the intense colors of their eyes.

Although they’re often confused with Pit bulls, they have very different eyes that stand out straight away. Although they tend to be quite dark, their eyes tend to be larger in proportion when compared to other dogs and easily stand out.

Sometimes, they can have light grey eyes, but it’s not very common. When their fur is dark, their eyes stand out, but in any case, it’s hard to look anywhere else. Despite their robust build, their gaze is tender and affectionate, and you’ll be sure to want to play with them!

Maybe their large size and the thickness of their fur has stopped you from noticing that they have huge eyes. We think that they have one of the noblest gazes in the animal kingdom.

However, if you look closely, you’ll see that their eyes are almost the same size as their nose, and that’s why a Labrador Retriever’s face is so easily recognizable.

Did you enjoy these breeds of dogs with big eyes? Maybe you’ll consider adopting one as a pet!

Learn How to Clean Your Dog’s Eyes
You should clean your dog's eyes frequently. If his eyes are very crusty, make sure that there isn't a medical cause for the problem. Read more »
Link copied!
Interesting Articles
Dogs
Gordon Setter: The Most Beautiful Pointing Dog