The Dachshund, Also Known as the Wiener Dog 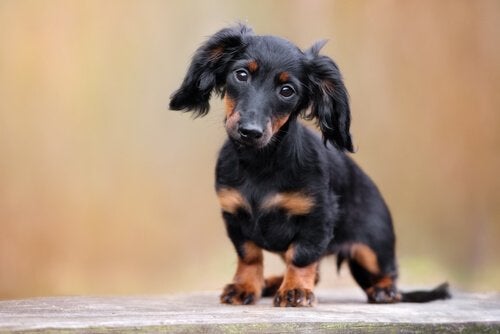 The famous Wiener Dog brings out lots of smiles wherever it goes. However, few people know it’s really named a Dachshund, and its personality can be even more enchanting than its appearance.

In actuality, it’s difficult not to like a Dachshund. They’re just simply adorable because of their short legs, long body, and floppy ears. Their charm is obvious due to the number of wiener dogs that are walking up and down streets worldwide.

This dog’s peculiar character and ability to learn is really important. Therefore, if you’re thinking about adopting a Dachshund you should know a little more about them.

These little wiener dogs have a different names worldwide.  However, the official name of this dog breed is the Dachshund.

There are presently a huge variety of colors, coats, sizes, and appearances for this little dog. There’s even a fan club for owners and Dachshund lovers.

Since the 15th century, these dogs were used by German hunters due to their powerful nose. Their task was to track and chase prey. At that time, they were called badger dogs and descended from the Deutsche Bracken (the first German Hounds).

Later on, they were crossed with small sized terriers, from there they evolved into the common Dachshund. Dachshunds have inherited the terrier’s drive and hunting abilities, and their long body and speed from German hounds.

This is the commonly accepted theory in regard to the evolution of the wiener dog. However, it’s not the only story. Sculptures have been found of an Egyptian pharaoh with a dog by his side, which looks very similar to a dachshund.  Regardless of where and when, these small dogs are well-known for their bravery and loyalty.

What are a Dachshund’s Main Traits?

Lots of people like their shape. However, a Dachshund’s physique has many more details than just a long body. Just like any other breed, the Dachshund has a standard appearance.

The breed stands out for its long body and very short legs. These dogs are very small, with floppy ears, and their nose can almost touch the ground due to their short stature. They have a very active personality and show a lot of enthusiasm and curiosity. It’s very difficult to keep them still when they’re young.

Hardly anything can get passed them due to their noses being so close to the ground, powerful sense of smell, floppy ears, speed, and agility.

The Most Common Dachshunds

The standard short-haired Dachshund is the most popular variety. Their personality is just like a Terrier’s. They’re brave, curious, and active dogs. They love to go out and play in the fresh air, run, and exercise. They also enjoy digging, hunting, and tracing toys and bones with their sense of smell.

A Dachshund normally gets a lot of attention at home. They love getting pet, receiving affection and are constantly wanting more. However, they’re also very independent, intelligent, and need to be active.

Their small size and playful nature make them an excellent dog with children. They’re the perfect family pet.

Long-haired Dachshunds tend to be less like a Terrier. They’re calmer, don’t bark as much, and don’t have such a hunter’s instinct. Miniature varieties are more shy and independent.

What are the Specific Needs for a Dachshund?

Short-haired Dachshunds are extremely sociable, learn quickly, and are obedient. Their fur doesn’t require much attention other than taking care of their normal hygiene.

Long-haired Dachshunds on the other hand need to be groomed 2 or 3 times a week. This is a priority in regard to taking care of their normal hygiene. All Dachshunds need a lot of exercise to use up their energy and stop them from becoming overweight.