Did you ever wonder how viruses work? We'll tell you all about how viruses change animals' behavior. 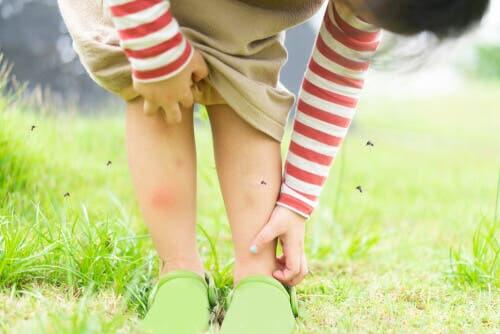 Viruses evolve because of their ability to adapt to different hosts and circumstances. In turn, this ensures their successful transmission. In this article, we’ll tell you all about how viruses change animals’ behavior in some cases.

Did you know that some viruses change animals’ behavior? It’s true! Throughout their evolution, viruses have acquired different mechanisms to adapt. This helps ensure their transmission from one host to another. One method viruses use is to change the behavior of living organisms.

Often, arthropods act as transmitting agents, such as ticks, fleas, and mosquitoes. Transmission occurs when one of these animals feed on blood (in the case of mosquitoes, for example) or other substances like sap (in the case of plants).

If the substance is infected by a pathogen like bacteria, parasites, or viruses, then the animal becomes infected. Then, the animal bites other animals or humans. This bite infects the animal or human, making them a new host.

In addition to affecting the transmitting agents, numerous viruses affect the host animal’s central nervous system. This infection of the nervous system can cause changes to the host’s behavior.

Now we’ll discuss some examples of strategies that viruses use to promote transmission.

Viruses that change the behavior of arthropod transmitting agents

1. Tomato spotted wilt virus. This virus belongs to the Bunyaviridae family. It affects crops and changes the eating behavior of its transmitting agent, thrips. Thrips are small insects that feed on plants.

Additionally, other viruses in this viral family, such as La Crosse (which causes La Crosse encephalitis) and Rift Valley fever virus, cause these transmitting agents to bite more frequently.

2. Dengue fever. The Aedes aegypti mosquito causes diseases such as yellow fever, dengue, and Zika fever in both animals and humans.

In this species of mosquito, females use their olfactory abilities to find the best place to lay eggs. The virus affects the central nervous system, altering its olfactory process. Then, this change expands the range of areas where the female will lay eggs. As a result, the virus is able to spread to other areas.

Therefore, you can see how viruses change animals’ behavior to evolve, adapt, and improve their transmission.

Changes to animals’ behavior can be changes in weight, temperature, taste preferences, food and water intake, and sleep patterns.

Viruses can play a direct role in these behavior changes. For example:

Viruses that affect other organs

The reason for this behavioral change could be the presence of the virus in the rodents’ lungs, kidneys, and testicles. Moreover, the increased aggressiveness leads them to bite more. As a result, the virus spreads more easily through the wounds.

As we’ve seen, viral infections that affect the central nervous system can cause neurological abnormalities, as well as changes to behavior. Therefore, we can clearly say that viruses can change behavior.

Once scientists have a better understanding of the effects or chronic or persistent central nervous system viral infects, we’ll be able to understand better how these behavioral changes occur on a molecular level.