Hydatidosis: A Parasitic Disease that Tends to Reemerge

Some parasitic diseases are especially relevant given the difficulty in controlling them, especially if they're parasites that can be spread between animals and humans. Such is the case of hydatidosis, a parisitic disease that tends to reemerge. 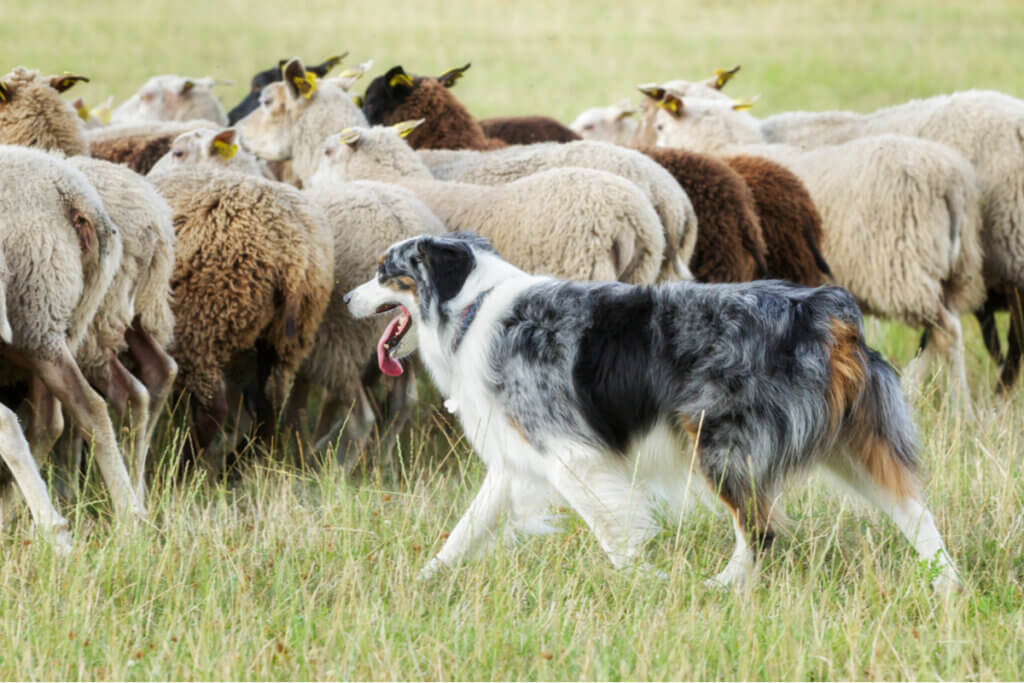 Hydatidosis is a parasitic disease caused by flatworms known as cestodes. It’s a pathology that affects numerous species of mammals, including humans. This pathology has a zoonotic character that has to do with the close relationship between the natural hosts–most domestic animals–and the human being.

Therefore, in order to prevent it from becoming a public health problem, controlling its incidence in animals is crucial.

General information regarding hydatidosis and its effect on animals

The causal agent of this disease is a parasite of the genus Echinococcus, a close relative of perhaps the best known type of tapeworms. The most important species in veterinary medicine is Echinococcus granulosus, which the dog-sheep transmission cycle is capable of maintaining in nature.

This parasite species is also very important in human medicine, since it causes most cases of hydatidosis in people.

Like almost all complex parasites, echinococci use an indirect life cycle. This means that they need more than one host in order to complete all their life phases and close the cycle. The parasites have some carnivores as their definitive host during their adult phase and a great variety of herbivores and omnivores during the larval phase.

Adult worms live in the small intestine of the carnivore in question. When they reproduce, they release their eggs into the environment with the feces of the host animal. These eggs contaminate all types of surfaces and grasses and can survive up to one year in cold and humid conditions.

Later, intermediate hosts ingest these eggs by eating contaminated grass or other food or water. The parasite’s eggs hatch when they reach the stomach and the larvae then pass through the walls of the intestine.

The larval stages then reach the bloodstream, which transports them to the various target organs. It’s in those organs where the so-called hydatid cysts will form, responsible for the most serious symptoms in the host.

A hydatid cyst is an intermediate form between the larva and the adult of some parasites. It’s where the larvae hide for a while, before becoming sexually mature. In other words, in these cysts, the future parasites are somehow forming. This phase of hydatid cyst causes what’s called cystic hydatidosis.

The biological cycle will end when a definitive carnivore host ingests a cyst, which allows the release of the larvae in its intestine. There they will give rise to new adults who, in a few days, will again be able to release a new generation of eggs into the environment.

In intermediate hosts, the symptoms of this parasitic disease are due to the growth of the cysts, which displace normal tissues and produce pressure atrophy. This is where the real disease of hydatidosis appears.

Usually the symptoms depend on the number, size, and type of organ in which the cysts develop. When E. granulosus, for example, is located in the brain, kidneys, bones, or testicles, it causes more serious clinical signs.

Sheep are one of the domestic species affected by the larval stage of the worm. Its symptoms usually include growth retardation and a clear decrease in milk and wool production. Even so, because the cysts grow slowly, very few infected animals die from the disease.

In dogs and other permanent hosts, adult parasites usually cause few symptoms. At most, slight digestive discomfort.

Hydatidosis as a zoonotic disease

Hydatidosis is a serious zoonosis. Human hydatid cyst rates worldwide are quite high, especially in rural populations in developing countries. In addition, people who work with animals, veterinarians, and dog owners are at risk of infection.

Because worm eggs contaminate the environment, they can infest all types of plant foods or drinking water. They can also adhere to a pet’s coat and thus reach owners’ homes.

Symptoms of hydatidosis in humans can be serious as they lodge in the liver, lungs, bones, or even the brain.

When cysts that form within the person or animal break down, this releases a large number of larvae into the body suddenly. This generates an exaggerated response from the immune system and can cause the patient to die of anaphylactic shock.

The best control measure against this parasitic disease is to interrupt the biological cycle of the parasite. In the case of E.granulosus, this means taking the following measures:


As for the wild fauna that transmit this parasitic disease, it’s not easy to control the echinococcus cycle. However, it’s possible to prevent wild animals from accessing waste that may be contaminated. This fact is linked to prevention in livestock environments themselves. All of these measures prevent hydatidosis in humans.
Why It’s Important to Prevent Parasites in Pets
Are you aware of why it's important to prevent parasites in pets? These organisms feed off of animals and cause a variety of illnesses.  Read more »
Link copied!
Interesting Articles
Illnesses and Treatment
Spina Bifida in Cats