The Battle Between Parasite and Host

Parasites exist because of external damage, but they also represent powerful evolutionary mechanism in the history of the species. 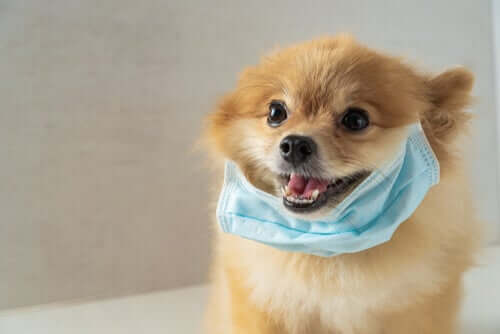 Disease and epidemic are on today’s agenda. From masks to closed institutions, now, more than ever, it’s obvious that some organisms exist only to take advantage of us. What is coronavirus if not a parasite taking advantage of our cells? There’s a constant battle between parasite and host, which we’ll discover in this article.

Parasites have a long-standing relationship with all other living beings, however, most of us are only really realizing this now. They’re defined as beings that benefit from living off an organism of another species (the host). Parasitism is based on a loss ratio for the host. For example, a tick sucks blood from a dog for food and the dog loses health. But there’s an intricate battle between both components which is full of nuances.

We’ll now explain why life as we know it would not be possible without parasites.

There are two main types of parasite:

The war between parasite and host

When a parasite attaches to a host, a process called co-evolution begins. This is a complex event, as both parties mutually change over time.

This phrase, surprising but true, allows for a delicate and complex relationship. The parasite wants to keep the host alive as long as possible in order to continue benefiting from it. What does a virus gain if it kills the one who carries it when it starts to multiply in their body?

If we think about it, the parasite is interested in balance. Multiple studies suggest that the most adapted parasites are those that cause little effect.

If the host goes about their daily activities without realizing they’re ill, the virus is more likely to spread to other animals of the same species.  Instead, if the parasite kills the host, it can’t continue to benefit from it or multiply. High fatality rates imply the end of the species over time.

While the parasite gets its fill, the host develops weapons to get rid of it. The complex gene-by-gene hypothesis proposes that, for each new attribute of an infectious agent, the host produces a defense in response.

Both the animal’s complex immune system and other types of barriers come into play. Animals can evolve by creating structures that make it difficult for parasites to enter their body: thick skin, hair, calluses, mucous, and more. There are also behavioral barriers, where animals learn to avoid places high in parasites and even identify sick individuals from their species.

Viruses and sex, more related than they seem

This race between infecting and preventing infection can be exhausting for both sides. Still, there’s one main difference: the parasite only lives to infect, but the host needs to reproduce.

Looking for a partner and impressing them is exhausting. Only healthy animals have the energy for this, whereas animals with parasites will be using their energy fighting the disease. This expression “only the strongest triumph in nature” rings true here.

Therefore, only animals with a powerful immune system and effective barriers can procreate. To some extent, children will inherit this strength, and so they’ll be more prepared to fight disease. Meanwhile, parasites will evolve with them to bypass barriers and continue to infect.

A question of strength between parasite and host

The existence of parasites gives us an example of natural selection. This means that those who can combat disease will successfully breed, while the weak will perish. This forces animals to create both immunological and physical barriers to the threat of infection.

This is a further mechanism of evolution. Therefore, without parasites, life as we know it wouldn’t exist.

Ticks and Fleas: Know How to Fight Them
As temperature rises, also does the posibility that your pet will get infested with ticks and fleas. Learn how to fight them off. Read more »
Link copied!
Interesting Articles
Illnesses and Treatment
6 Genetic Diseases in Cats