What Causes Electrolyte Imbalances in Animals?

Many times we don't know why a disease in animals that didn't seem so problematic at first suddenly worsens. Sometimes the culprits are electrolyte imbalances. 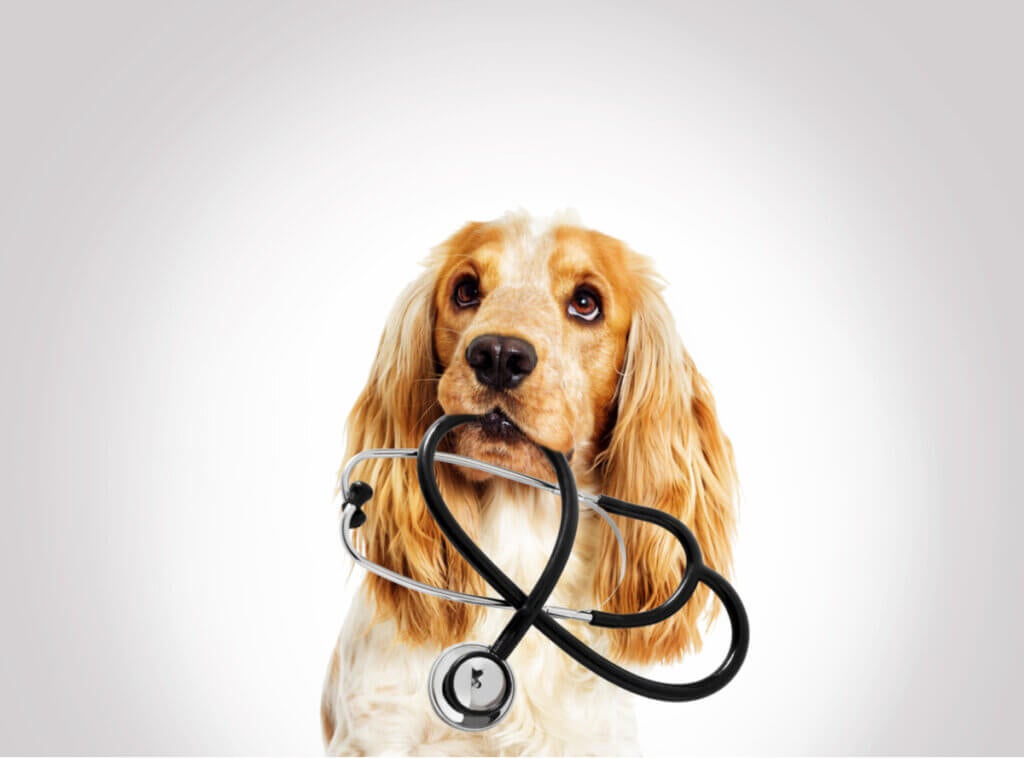 Electrolyte imbalances in animals are an indication that something’s wrong with their bodies. They usually accompany the symptoms of most diseases or are a direct consequence of them.

Sometimes, these imbalances trigger complications and aggravate the animal’s condition. Therefore, knowing how to measure their levels and detect the loss of the balance is essential for sick animals. This parameter often gives clues to veterinarians when making a diagnosis or deciding on a treatment.

The problem is that the parameters can change unexpectedly with the progression of the disease. For that reason, it’s imperative to train owners to measure them at home.

The main electrolyte imbalances in animals and their consequences

Next, we’ll discuss the physiological and clinical significance of changes in the following electrolytes: Sodium, potassium, chloride, calcium, and magnesium.

The effects of sodium variations

Sodium is an essential part of the osmotic balance between cells and the extracellular fluid that surrounds them. The regulation of sodium concentration in the body directly influences the body’s water balance. The kidneys are the organs in which this sodium-water relationship becomes effective.

In order to vary the amount of water – and sodium – that the animal’s body eliminates, a series of hormonal mechanisms are necessary. An increase in the antidiuretic hormone -vasopressin- stimulates the animal’s thirst in search of an increase in body water.

A dehydrated animal may show signs having to do with excess sodium, not to mention a pet consuming food that’s rich in salts.

Here, we encounter the opposite case: a decrease of sodium in the blood. It’s a common clinical condition and often involves edema, or “fluid retention”. Kidney or liver disease and heart failure often involve this troublesome symptom.

On the other hand, we have potassium, which is the opposite ion to sodium, so to speak. While sodium is abundant in the extracellular fluid, potassium is found inside the cell. Together, they regulate the osmosis we mentioned above. Animals excrete excess potassium through the urine and aldosterone is the main hormone that influences its elimination.

As mentioned above, potassium is found, for the most part, inside the cells. Therefore, an increase in its concentration in the blood is a symptom of physiological imbalance in the animal.

In fact, very high potassium levels constitute a veterinary emergency due to the risk of heart failure. Diseases that decrease the excretion of this ion in the urine, such as Addison’s disease, require monitoring.

Hypokalemia often goes hand in hand with hypernatremia. For this reason, it requires monitoring in case of dehydration, abundant diarrhea, the use of laxatives, as well as other diseases.

The effects of chlorine variations

Chlorine accompanies sodium as an extracellular ion and their blood levels often change in a similar way. In fact, treating sodium imbalances resolves, in many cases, chlorine imbalances.

The particularity of chlorine or chlorides in the blood is that they play a very important role in the maintenance of acid-base balance. This acid-base balance is the set of processes by which the organism maintains a stable pH. Without these constant levels, the animal’s body becomes unstable and problems get worse.

Calcium is important both inside and outside of the cells, as well as being a major component of the skeleton. This electrolyte is consumed through a balanced diet and, if excess is to be eliminated, it’s eliminated through urine. There are three hormonal mechanisms involved in calcium balance:

An excessive increase or decrease of calcium in the blood – hypercalcemia or hypocalcemia, respectively – can cause the animal to have a severe heart rhythm disturbance. In addition, an animal with vitamin D deficiency or rickets suffers from a lack of calcium, which affects bone strength.

Magnesium is measured in animals less frequently than other electrolytes. However, some studies show that magnesium abnormalities are present in a large number of seriously ill dogs and cats.

In human medicine, meanwhile, hypomagnesemia is one of the most common electrolyte imbalances in critically ill animals. That’s because magnesium plays a role in many processes within the cell, including DNA synthesis and degradation. At the same time, it’s also important for healthy heart function.

As you’ve read in the above paragraphs, many illnesses can cause an electrolyte imbalance in pets. While it’s difficult to diagnose this illness at home, veterinarians use it to know the prognosis of animals in the face of illness, among many other things.

What Should You Feed Dogs With Diarrhea?
In order to help your pet overcome unfortunate gastrointestinal problems, we want to tell you what to feed dogs with diarrhea. Read more »
Link copied!
Interesting Articles
Illnesses and Treatment
How to Treat and Moisturize Calluses in Dogs?