What Causes Dwarfism in Nature?

An animal's ability to survive is directly related to their size. However, many species have evolved to be much smaller. 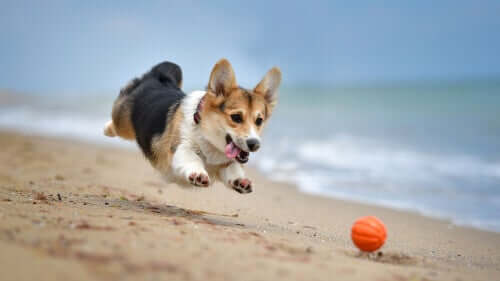 We know what causes dwarfism in humans, otherwise known as achondroplasia. But dwarfism in nature can happen in different ways and have several different causes.

Climate, the number of available resources, and the presence of rival species are all factors that can determine an animal’s size and characteristics.

A clear example of this phenomenon is the Bergmann rule, a recognized ecological rule whereby the larger species inhabit colder regions and the smaller ones live in warmer regions. This is because a species’ morphology is linked to the amount of heat they lose.

We can particularly see this in the anatomical changes that took place in the Cenozoic era where species decreased in size after an extreme increase in temperatures. Some of them lost up to 20% of their original height.

What causes dwarfism in nature?

The causes of dwarfism could also hormonal and genetic. Achondroplasia is caused by an autosomal dominant genetic disorder, so either parent can pass it on to their children.

“Island dwarfism” is where the decrease in size is linked to a loss of resources in the ecosystem. This normally happens on islands or isolated habitats, such as deserts, where resources are scarce, and being small can be an advantage.

In the case of herbivores, this evolutionary mechanism enables them to have fewer competitors and consume less food. However, predators also reduce in size so that they can more easily catch their prey.

These days, dwarfism in pets has become a trend. The existence of pugs, chihuahuas and Yorkshire terriers is proof that humans have an interest in producing smaller and smaller animals that can adapt to urban life.

Goats and pigs haven’t escaped this trend either. Dwarf varieties of these animals are all over the internet and they have countless fans who see them as the chance to have a miniature farm in the city.

However, sadly, this dwarfism is usually the result of unethical breeding practices. These could include malnutrition of the mother when pregnant, inbreeding, and genetic manipulation.

Leash Training: When Your Dog Refuses to Walk
When you take your dog out for a walk and it often stops in its tracks, what should you do? Learn all about leash training in this article! Read more »
Link copied!
Interesting Articles
Mental Health
What If Your Cat Sleeps in the Litter Box?