Some dogs have certain capabilities that are truly amazing and surprising. In today's article we'll tell you about a special police dog. 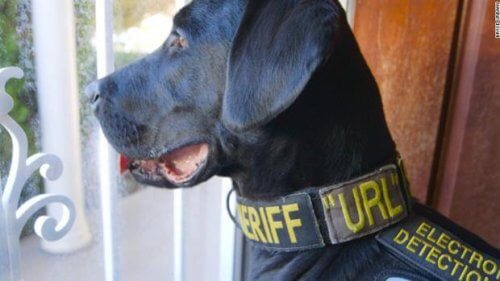 Dogs have such an amazing sense of smell and they never cease to surprise us. We’ve learned that when dogs are properly trained, they can detect different types of electronic storage devices. This is the case with URL, a police dog that helps solve cases related to crimes involving minors.

This dog works with Detective Cameron Hartman in Weber County (Utah). He’s one of the few dogs in the USA that’s trained to detect the chemical compounds that the following devices emit:

And, while it’s clear that the animal doesn’t know what these devices contain, he has contributed to many cases. He does so by finding evidence in crimes related to child pornography.

Dogs have an extraordinary olfactory capacity that allows their owners to train them to detect the chemical compounds that different electronic devices emit. So, they’re able to find devices that may contain material such as child pornography

Hartman is a member of the Task Force for Crimes Against Children and is excited about the potential that URL shows. And, while the detective can’t provide details about any open cases, he can tell us about some of URL’s other achievements.

This police dog has found evidence relating to pornography in several different raids. These raids were carried out while investigating cases of sexual crimes against children and child trafficking.

For example, URL was able to detect a USB memory stick that was inside a closed jar along with other items. This closed jar was inside a box, and surrounded by other objects. This dog’s nose is amazing!

Bear, another police dog that helped unravel crimes against children

URL isn’t the only expert on the subject in North America. Before URL, another dog named Bear had the same job. This police dog was the key to incriminating Jared Fogle, the former promoter of a chain fast food restaurant. This man was hiding material related to child pornography on USB flash drives in his home.

Bear also worked on the case against Marvin Sharp, a former gymnastics coach accused of child abuse. Sharp ended up committing suicide in prison. The dog found a safe where Sharp was hiding several memory cards that contained evidence against him.

There are also other dogs that work on the east coast, and there’s even one in Alaska. However, URL is the only specialized dog in the Rockies region. For that reason, he can be requested to work at a federal level and in different states.

We should mention that training one of these police dogs to detect electronic material requires three hours of work per day for five months.

Dogs’ olfactory capacities are far superior to those of humans. Their nose has around 120 million cells that are sensitive to smell, while people don’t even have 5 million.

And, experts have proven that no machine can outdo their sense of smell. So, these animals are irreplaceable when it comes to detection. Some examples of what they detect are:

Experts point out that owners can train dogs to detect any type of substance, as it’s like a game for them. 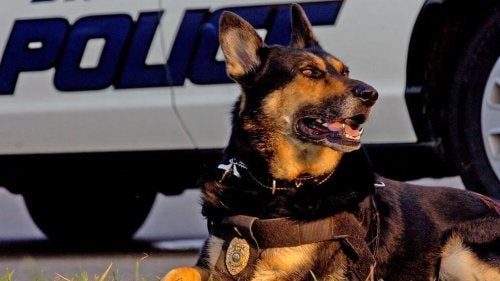 Danko the Police Dog has Retired
Today we're going to talk about Danko, one of the first Special Operations Group dogs in Spain. Danko is now retired, after a life of self-denial and sacrifice. Here is his story. Read more »
Interesting Articles