Ecological Traps: Why Are They a Problem for Animals?

Sometimes, there’s a mismatch between the perceived quality of a habitat and the real one. This happens for a variety of reasons and has a detrimental effect on biodiversity. 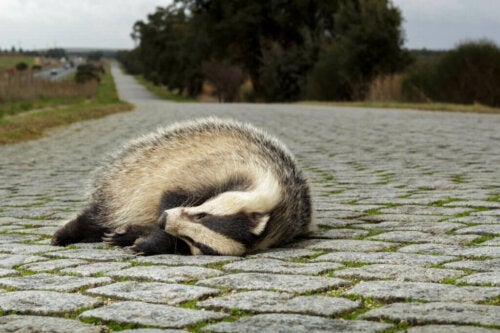 Ecological traps arise when animals perceive a place as favorable for their development, even though in reality that area isn’t suitable for them to live in. This concept can be a serious problem for certain species, as it drastically reduces their biological fitness without them being aware of it.

What are ecological traps, why do they arise, and what can we do to help animals avoid them? We’ll answer these questions and many more in this article.

A matter of perception

An ecological trap is primarily a deceiving habitat. It seems like a fragment of an ecosystem suitable for various animal species, but in reality, its characteristics hinder the adequate survival or reproductive success of living beings.

Every species has an evolutionary history shaped by its natural selection. For this reason, they’re able to detect certain cues in nature that show them that a habitat is suitable. The presence of old trees attracts woodpeckers, and open grasslands attract many reptiles, for example.

This selection of habitats has been going on for millions of years, as species have developed behavioral patterns inherited from generation to generation. Most animals have been on the planet much longer than we have, and this is reflected in their genetic imprint.

The problem arises when humans modify nature very quickly until we become its masters. This modification is so rapid that, on many occasions, species don’t have time to adapt to the changes, and are forced to fall into ecological traps.

For example, birds of prey tend to look for dry trees which enable them to scan the landscape for food. Therefore, they’ll interpret any structure that allows them to observe their surroundings as suitable for perching.

This is why so many birds of prey die electrocuted when perching on high voltage pylons. They fall into the trap of thinking it was quality habitat, unaware that it was enormously dangerous due to the presence of electricity. Ecological traps are ultimately like cheese in a mousetrap: underneath a nice appearance hides real danger.

The importance of habitat quality

We’ve learned that ecological traps arise when animals fail to perceive the true quality of the area. According to an article on the subject published in the Conservation Biology journal, if we compare the actual quality of the habitat with that perceived by the animals, we get 4 types of habitats:

Ecological restoration and the ecological traps

Sometimes, without intending to do so, humans create real ecological traps for animals when carrying out ecosystem restoration projects. When restoring a habitat, it’s important to keep in mind that the presence of certain species can damage others.

Therefore, it’s important to know the habitat preferences of species, especially threatened species. We must make sure that we don’t drive them into an ecological trap.

An example of this occurred in the forest restorations carried out in Israel. In this case, large areas of grassland —the habitat of a threatened lizard species (Acanthodactylus beershebensis)— were reforested. With more trees, birds of prey also multiplied, which is clearly positive for them, but terrible for this lizard.

With more birds of prey, the lizard in question suffered a very high predation rate that threatened its existence even more. This species was unaware of the trap that the presence of trees in grasslands implies.

Understanding the mechanisms of habitat selection is a priority

As mentioned, there’s often a mismatch between the way animals choose where to live and the suitability of these sites. It’s therefore important to know, in ecological restoration projects, what mechanisms cause animals to select a certain habitat.

If the cues that lead animals to select a good habitat are present in the restoration, they’ll want to inhabit that particular site. If animals perceive a site that humans have disturbed as good, they’re likely to settle there.

Similarly, if we can guide animals to avoid places that are harmful to them, they’ll be saved from the effect of ecological traps. This can be achieved by using deterrents, in the same way that scarecrows prevent birds from eating crops.

Ultimately, ecological traps are a problem for many animals, as they live in poor quality areas, while perceiving them as good, thus reducing their survival and reproduction rates. If we can understand how animals select their breeding grounds, we can prevent them from inhabiting harmful places.

The Loss of Wetlands: Reasons and Consequences
Unfortunately, human actions have put wetland ecosystems in the spotlight. Keep reading to discover more about the loss of wetlands. Read more »

Link copied!
Interesting Articles
Responsibility
Can I Keep an Owl as a Pet?