Animal Population Genetics - What Is It?

Animal population genetics allow us to estimate the conservation status of species in their natural environment. 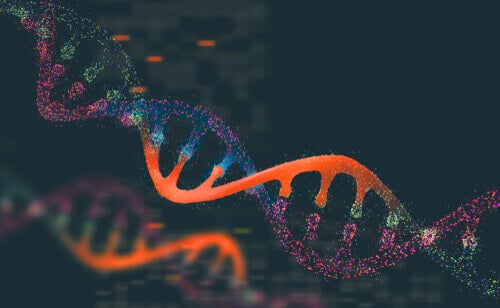 Animal population genetics is a branch of biology. It deals with DNA, heritability, gene drift, stochasticity, etc. The exciting world of genes can be confusing as it’s full of terms that’ll baffle even the most knowledgeable person.

For this reason, we wanted to take the opportunity to show you a little about the relationship of genetics with animal populations, in a friendly didactic manner.

In my opinion, this topic is particularly exciting, and the basis of my argument will be the information with population studies of amphibians. Besides being an editor, I had the opportunity to be part of a team at the Museo Nacional de Ciencias Naturales (National Museum of Natural Sciences) in Madrid for two years. Thus, here today I’ll show you a bit of the knowledge I acquired during that wonderful time.

Genetics is the area of ​​study of biology that seeks to understand and explain the transmission of biological inheritance from generation to generation.

Genes are information storage units. That is, DNA segments that contain instructions on how the body’s cells must function. To simplify, one could say we all have two copies of each gene that comprises human information. That is, one inherited from our father and another one from our mother.

The key to population genetics is about understanding the heritability patterns from parents to children. Let’s take the aforementioned example of amphibians:

With samples of the adults of an animal population and a representative group of larvae, one can estimate kinship relationships.

After all, offspring inherit their genes from their parents, right? One can determine who’s the parent through a DNA sample, the result of the combination of the DNA of two adults in a given population.

This can solve previously posed questions to some extent, and also provides insight into an important parameter:

Animal population genetics and its focus on conservation

These kinds of genetic studies are essential in terms of species conservation.

Finally, if in a population of 300 individuals only 60 of them are reproducing, then we should be concerned. This is because a reduced number of breeders ends up reducing the genetic variability of a population. This lack of variability can lead to greater vulnerability to environmental changes, leading to the extinction of the species in the most extreme cases.

Thus, it’s essential to carry out this type of basal zoological study. Mainly because they give information about how wild populations of animals are. At least “genetically speaking.”

Natural Selection and Adaptation in the Animal World
Animals all evolve over time. In this article, we'll tell you about natural selection and adaptation - two processes that influence evolution. Read more »
Link copied!
Interesting Articles
Responsibility
Ecological Traps: Why Are They a Problem for Animals?