They're always by their owners' sides, and project a nice image. Who, or what are we talking about? The pets of some of the most famous world leaders, of course! 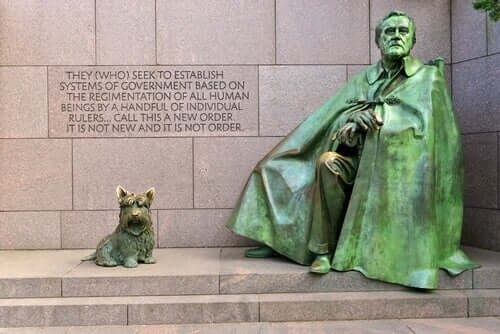 Having a pet involves lots of responsibilities, but one of the big ones is showing it unconditional love. That’s also something lots of influential people in the world have shown publicly. Keep reading to meet the pets of some of the most famous world leaders, and hear their stories!

The pets of world leaders: their secret weapon

Having a pet to share your life with has lots of benefits, as you probably already know. One of them is that they give you all their affection. That’s also something you should absolutely be doing in return. But when this mutual affection shifts onto the world stage, in the world of politics, it can be a great tool for political figures.

The simple act of taking a picture with their pet immediately makes a public figure look more human, more accessible. That’s an easy card to play for public relations people in governments and political parties.

But we don’t want to focus just on the political side of this. Today, we wanted to introduce you to the pets of some of the biggest world leaders. It’s a great symbol of how love for animals exists regardless of the country a person is from, or the job they have.

The pets of Spanish political leaders

There’s a clear pattern with world leaders and their pets: they generally prefer the company of dogs or cats. For example, if we start with the Palace of Moncloa (the Spanish White House), there’s Turca. That’s the name of the water dog that has been living there with the Spanish prime minister and his family since 2017.

The dog that occasionally showed up in pictures before that was Rico. This energetic little guy lived with the former prime minister, Mariano Rajoy. He’s an English pointer with black and white fur–an absolute purebred gem.

Speaking of purebred dogs, we can’t leave out Cico and Gufa. This pair of Cocker Spaniels was seen frequently in the gardens of the palace during José María Aznar’s tenure. People said he had a true love for those two dogs. There wasn’t a single day when he didn’t go on at least one walk with his faithful friends.

Dogs and cats in world politics

Now let’s move beyond Spain and meet the pets of the some of other world leaders. We’re going to start in France, where the president Emmanuel Macron lives with his dog Nemo.

This new inhabitant of the Élysée Palace (when Macron entered in 2017) is a cross between a black lab and a Brussels Griffon. He’s already a part of the palace, and has even gone with Macron to some official events. But Nemo is just the most recent addition to a long line of French presidents and labradors.

If there’s one leader who doesn’t hide his love for animals, it’s Russian president Vladimir Putin. Not only has he frequently shown his passion for animals and nature, but he also frequently shows up in photos with his two dogs: Yume and Buffy. Yume is an Akita Inu (from Japan), whereas Buffy is a Karachan (a Bulgarian shepherd).

Although it’s not exactly a pet, because it has no specific owner, there’s one animal that has been living for many years in the heart of one of the most iconic countries in the world. We’re talking about Larry, the tabby cat that has been living in Downing Street (the British White House), since 2011.

This cute little cat came in with the former prime minister David Cameron. But he has stayed there and now has the official title of Chief Mouser to the Cabinet Office. Larry is also so popular that he has his own social media accounts!

The United States: a treasure trove of iconic pets

If there’s one country with a truly long, storied history of politicians and pets, it’s the United States. Just about every single president has had a famous pet. Some people estimate that Theodore Roosevelt had something like 26 different pets.

One of the most iconic of them all is the Scottish Terrier, Fala (in the picture at the top of this article). Fala was Franklin D. Roosevelt’s dog. His presence became so notorious that, to this day, he’s the only pet that has been immortalized alongside his owner in statue form.

In more recent times, there are Bo and Sunny, the Obama family’s water dogs. Then there are Barney and Miss Beazley, former president George W. Bush’s two Scottish Terriers.

Famous Historical Figures and Their Pets
We know about the lives of various historical figures. But some famous historical figures call our attention not for their talent but their peculiar pets. Read more »
Link copied!
Interesting Articles
Animal Protection
Oriental Treatments that Endanger Animals