Flying Squirrels Are Victims of Illegal Trafficking in Florida

The traffic of exotic species seems to have no end. Now, thousands of flying squirrels are victims of illegal trafficking in Florida. 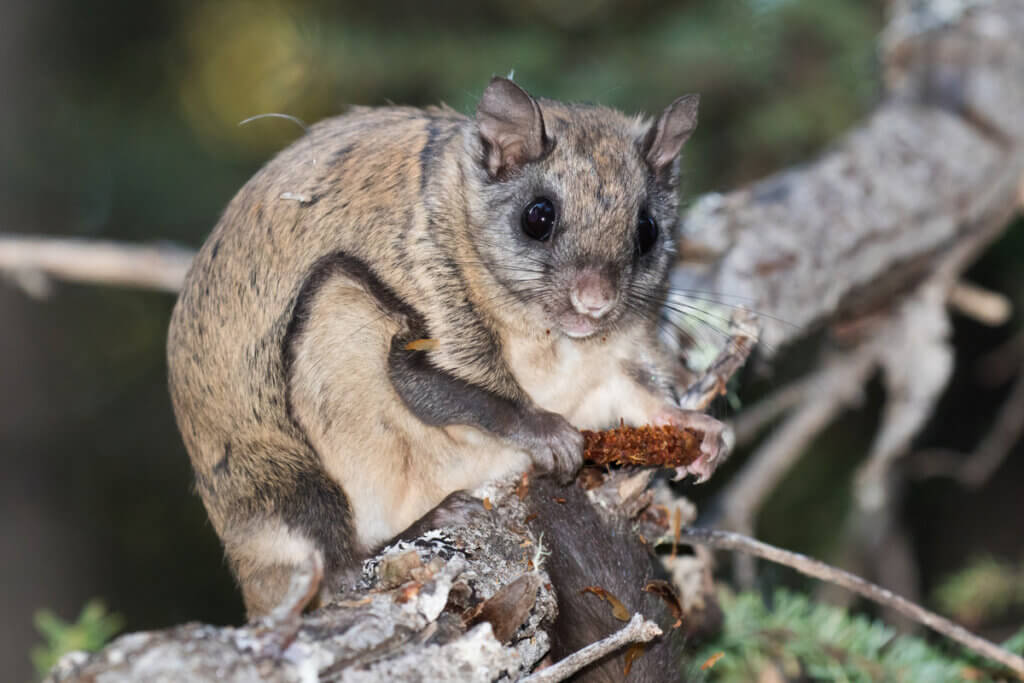 Flying squirrels (Glaucomys sabrinus) aren’t a species that appears in the CITES convention – a treaty for the conservation of endangered species and a ban on trade. Its conservation status is of “minor concern” according to the International Union for Conservation of Nature (IUCN).

However, this animal is protected by state laws in the United States of America. Thanks to this, authorities were able to dismantle a network that trafficked thousands of flying squirrels in Florida.

The habitat of this species extends over a large region of North America, including Alaska and Canada. For several years, a group of people has been trafficking the animals, which they extracted from the wild and sent to other regions of the world, such as Asia. What was the modus operandi of the gang? How did the agents manage to stop it? Here we’ll tell you all about it.

The illegal trafficking of flying squirrels in Florida

Poachers captured more than 3,600 live flying squirrels over a period of three years. This must have meant a profit of more than a million dollars for the traffickers.

In several Florida counties, detainees had set up to 10,000 traps to capture the animals alive. They then sold them to a wildlife dealer in Bushnell, Florida. This person was responsible for the initial “laundering”, that is, forging the first documents to make it appear that the animals had been raised in captivity.

After the first forgery in order to move the squirrels across the country, customers from South Korea would come to the United States to buy them and take them to Asia.

They transported the squirrels to Chicago in rental cars. Here, they further concealed the illegal origin of the squirrels and exported them to their Asian destination. The exporter had no idea of the illegality he was committing.

At the same time, and as a way to expand the business, another person trafficked squirrels from Georgia. From there, he took them to Orlando and then to Chicago, for their subsequent exportation.

The arrest of the traffickers

The entire investigation – which concluded with the arrest of six people and the search for a seventh who is unaccounted for – was thanks to a complaint from a Florida resident.

In Marion County, a citizen walking in the woods discovered the traps and animals. He immediately contacted the authorities, who began the investigation quickly.

In addition to trafficking in flying squirrels, it appears that the criminal gang also captured other animals for the same purpose, selling them abroad with forged papers. These other species that were victims of illegal trafficking are freshwater turtles and alligators, both of which are protected.

The fashion of flying squirrels in Asia

In recent years, there’s been a growing demand for these exotic animals. In Southeast Asian countries -like South Korea- many people keep these friendly mammals as pets.

However, flying squirrels are not domestic animals and, despite their sweet appearance, they can be aggressive, bite, and transmit diseases.

Besides the trend of having these animals as pets, there are pet cafes, where people can go and play with the squirrels. Another alternative that’s less harmful to nature, and that’s also increasingly popular in Asia, are cafes with cats.

Finally, it’s worth mentioning that, nowadays, there’s a series called 4inchers whose main characters are a flying squirrel called Moong, a hamster, a hedgehog, and a bird. This has led to the popularity of flying squirrels and people wanting to keep them as pets.


Despite all the consequences it has for nature, the scourge of exotic species trafficking seems to be endless. Every day, millions of animals are taken from their habitats to end up in someone’s house. The worst thing is that, on the way, most of these creatures die due to the conditions of transport and the stress they experience.
Protecting Elephants from Poaching
Welsh zoologist Nick Murray has dedicated his life to protecting elephants from poaching for more than 10 years. Read more »
Link copied!
Interesting Articles
Responsibility
Suitable Pets or Prohibited Animals?