Seven Animals that Live in Lakes

Although this may be an occasional habitat for some species, for others it's a permanent habitat. This habitat really stands out for its variety in terms of specimens. For example, in lakes, you can find fish, insects, amphibians, and birds. 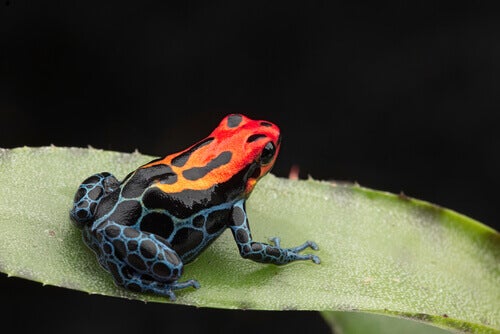 Diverse species inhabit large freshwater lakes, and some live there permanently. On the other hand, others only live there occasionally, depending on the time of year or the stage of their lives. Lake ecosystems are very varied. In the following article, we’ll tell you about some of the animals that live in lakes around the world.

What are some animals that live in lakes?

Lakes and ponds are reservoirs of freshwater. These can be created by rains or the melting of mountain ice during the summer. These bodies of water can be a primary habitat for some species, while others just live there temporarily – to lay eggs, for example. Some animals that live in lakes are:

Also known as Triturus, these flat-headed larval amphibians live in lakes in Canada and the United States. They feed on small crustaceans, larvae, and water flies.

We should note that these animals spend most of their time at the bottom of lakes. In fact, they camouflage themselves among vegetation or rocks. They also hunt during the day and night.

This is another animal that lives in lakes in North America, primarily the United States and Mexico. They also live in habitats such as wetlands, ponds, and rivers with low flow and muddy beds.

As for their appearance, painted turtles earned their name from the red and yellow lines on their legs and heads. These almost appear to be painted on with a brush on their olive-green skin.

There are three species of flamingos that inhabit America and Europe. Although these animals prefer saltwater, they can also adapt to life in lakes. However, they need large shallow bodies of water to build their nests.

Among the main characteristics of this bird, you’re sure to notice their bright pink feathers due to their food. They also have long legs – up to 3 feet in length – and a curved beak to dig for food. In addition, flamingos look beautiful when they’re flying with their necks and legs stretched out.

The golden carp (Cyprinus carpio) is a freshwater fish. Although humans have domesticated these fish as popular additions to aquariums, you can also find them living in their natural habitat. They usually live in lakes and ponds of East Asia.

Although the predominant colors of these fish are red, gold, and white, some are also black, blue, silver, orange, or yellow. Regardless of their color, these fish stand out as colorful and beautiful.

This insect doesn’t always live in lakes, although they usually stay close by. Lakes are where they get their food and are an ideal place for them to lay eggs. Also, dragonflies eat flies, mosquitoes, and moths. This makes them important to humans as they help eliminate pests.

These insects are also experts in camouflage. Their semi-transparent wings often blend in with leaves, branches, and aquatic plants. In addition, their bodies can change colors. We should also note that these insects have the ability to stay in one place and attack their victims at high speed.

6. Animals that live in lakes: Duck

Most of this bird’s subspecies, as well as their close relatives, such as geese and swans, inhabit lakes almost everywhere in the world. Ducks are different sizes and colors, and feed on insects, fish, and mollusks.

These birds also have a special oil that helps prevent their feathers from getting wet. They make their nests at the water’s edge, usually among plants and vegetation.

These animals spend most of their lives in or near the water. However, depending on the species, they can measure a few millimeters or several inches. In fact, frogs live almost everywhere on the planet, except for desert and polar areas.

Frogs feed on small invertebrates, insects, arachnids, and crustaceans. They also use their sticky, fast tongues to hunt their prey.

5 Animals That Live in Swamps
Swamps are unusual places that are formed from flooding. Amazingly, some creatures have had to adapt and there are now animals that live in swamps. Read more »
Link copied!
Interesting Articles
Animals
6 Animals that Can Suffer from Depression