The Nordic Society for Invention and Discovery has released a bark translator for dogs. Now, man can understand the language of its best friend.

As technology advances, newer and more advanced translators continue to appear. When you hear about these devices and applications, you probably think of facilitating communication between different cultures. However, the latest translation technology has gone much further. We’re talking here about bark translators for dogs, and the Nordic Society for Invention and Discovery has invented one! Now man can understand the language of its best friend.

Dogs use a variety of mechanisms to express themselves and communicate what’s on their minds. They move their tails and assume postures that help others understand how they feel and what they want. However, barking is their way to “say” in their own “voice” what it is they are thinking or experiencing.

Many dogs bark while looking at their owner. They want to be understood but don’t always achieve their goal. Sometimes their barking seems enigmatic, and owners can’t manage to decipher what it means. That’s why the bark translator for dogs may prove to be one of the greatest modern solutions–at least for dog lovers!

How do bark translators for dogs work?

A bark translator is an earpiece known as “No More Woof”. Dogs must wear the device on their heads, allowing the translator to measure electric signals in the dog’s brain.

These signals travel to a system that contains neurophysiological patterns, micro computation, and special software. All of this is registered in a tiny motherboard known by the name of “Raspberry Pi”.

Once this step is complete, the system processes all the information and translates it into oral human language. It’s possible to set the device to a specific target language. The translator then transmits the resulting translation using a speaker or an application on a mobile device. The bark translator functions as a simultaneous interpreter.

What can bark translators translate?

It’s important to clarify that the new bark translator offers a version that only comes close to dog language. This means you can’t expect the devices to transmit excessively detailed messages about your dog’s thoughts or feelings.

The No More Woof device only deciphers basic patterns and some emotions. Therefore, dog translators can help you discover if your dog is happy, sad, tired, hungry or curious about another person or animal.

The creators of this bark translator have indicated that the device is still in its developmental stage. Little by little, its abilities will increase. This will make for a broader, more complete translation and, therefore, more fluid communication.

Is barking the language of dogs?

Until just a few short decades ago, people believed that the dog barking was just a senseless noise.

While there is still a great deal of information lacking on the subject, research has advanced. Up until now, researchers have managed to identify at least three types of barks. The first of these is the “super bark”. It’s a deep, energetic and fast bark, associated with disturbing situations.

The second type of bark is higher and, in a certain sense, more melodious. This is the type of bark dogs typically use when they feel lonely or isolated.

Finally, dogs emit quick and intense barks when they are playing.

The future of bark translators for dogs

Everything seems to indicate that bark translators are one of those inventions that are here to stay. The No More Woof is not alone on the market. Rather, in 2007, another translator was already invented in Japan. At the same time, Amazon has announced that in 10 years, they will have a similar super device on the market.

Despite all of these technological advances, one thing remains true. Communication between humans and dogs has a strong emotional component. Good owners learn to interpret what their dogs want and don’t want almost perfectly. In some cases, just a glance or an attitude is enough to send a message that either party can understand.

Bark translators can help facilitate this close and unique relationship. However, they will never manage to substitute the telepathy that develops between when a dog and its owner are close friends. Nothing can compare to that deep and amazing connection.

Finally, it’s important to remember that barking is just one of the ways in which canines express themselves. There are many other ways. Dogs make a great effort to be understood by their owners, so we should make the same effort to understand them. 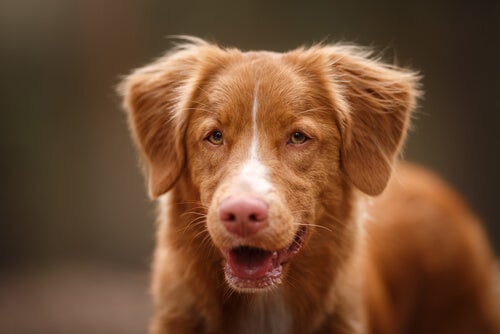 Why You Shouldn’t Punish Barking
We love it when our dog barks while we play with him or when he is defending our home. But if your dog barks when he shouldn't, it could be annoying for you and others around you. We'll share with you why you shouldn't punish your dog's barking Read more »
Interesting Articles