5 Species in Critical Danger of Extinction

Unfortunately, many animals are in danger of extinction, as their populations have decreased by 80-90% in the last decade (or three generations) and less than 250 adult specimens remain. 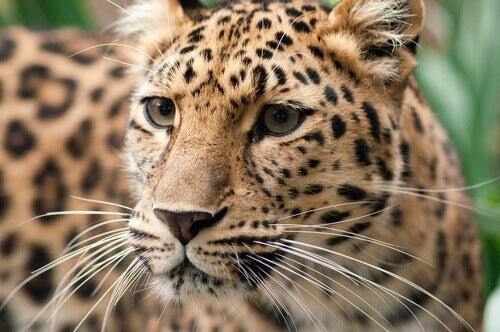 Unfortunately, there are several species in critical danger of extinction these days. However, knowing about them is the best way to protect them and prevent their disappearance. Out of all the 2,500 endangered animals, in this article, we’ll tell you which are in the most danger.

Which species are in critical danger of extinction?

According to the International Union for Conservation of Nature (IUCN), critically endangered species are those whose population has declined by 80 to 90% in the last 10 years or three generations. What’s more, their population is always fewer than 250 adult individuals. Some of these animals are:

Only 25 to 30 Amur leopards remain in the wild. All of them are in a reserve in Siberia and in an area between South and North Korea. The Amur leopard – which appears in this article’s cover photo – inhabits mountainous areas of the ecosystem known as taiga.

Its fur is long – up to almost three inches – which helps the animal conserve heat in winter. As for its coloring, it’s orange and gold, with larger and more separate patches than other leopard species.

This sea turtle can be found in the Indo-Pacific region and in the Atlantic Ocean. It has a flattened body and flippered limbs for easy swimming. Also, it has a curved and pointed beak for easy feeding on its favorite prey: sea sponges.


Fishing, and the reduction of coral reefs, are the two main threats to the hawksbill turtle. In addition, in some countries such as Japan and China, they’re hunted for food and to use their shells as decorative objects.

This scavenger bird inhabits Arizona and Utah, specifically the Grand Canyon, as well as coastal areas of California. Its plumage is black, and its head is bald, but a gray color in young birds, and orange in breeding adults.


By wingspan (almost 10 feet) and weight (about 26.5 pounds) it’s the largest bird in North America, and loaded with symbolism. And, although it’s an animal that can live up to 60 years, its population is decreasing. This is due to lead poisoning, poaching, and the destruction of its habitat. For this reason, it’s among the species in critical danger of extinction.

This cetacean, which belongs to the porpoise family, has only 40 specimens left. And, although there are projects to conserve it, it remains among the species that are in critical danger of extinction. The few that are in the wild inhabit the Baja California peninsula.

The vaquita is small – 110 pounds in weight and about 5 feet long – and its body is robust, dark gray in color with a light belly. It’s very shy and doesn’t jump like dolphins. But it does use high-pitched sounds to communicate among its congeners.

There are only two free-ranging populations of this species: the Virunga Mountains of Central Africa and the Bwindi forest in Uganda. It’s become known after Dian Fossey’s research, which resulted in a film, and in total there are no more than 300 specimens left due to illegal hunting, war, loss of habitat, and the spread of human diseases.


The mountain gorilla has long dark hair and walks very similar to the way humans do. Males are up to twice as large and heavy as females, and they also have a silvery back when they reach sexual maturity.

Gorillas feed on leaves, stems, and shoots; they build nests among the branches every day and wake up very early, around 6:00 am.