Ecological Succession: Do You Know What it Is?

Ecological succession is a dynamic process that explains the constant and gradual replacement of a species in a given area. This is essential for the strength of ecosystems. 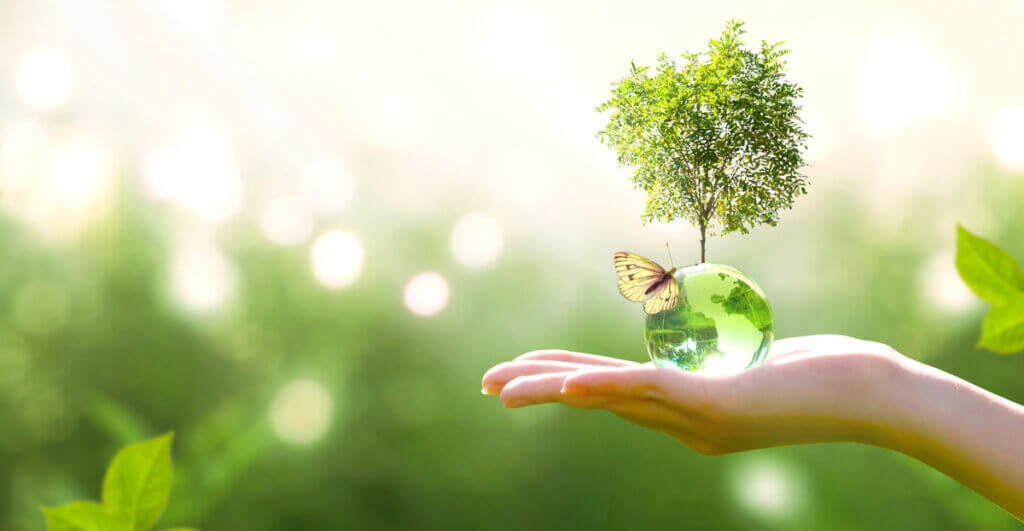 What do volcanic eruptions, hurricanes, forest fires, tsunamis, and extensive agriculture have in common? Well, they’re all a starting point for a process known as ecological succession.

In simple terms, ecological succession is the expression of the force of nature. It refers to the constant process of change and restructuring that all ecosystems undergo. Thanks to these changes, each ecological niche experiences the progressive replacement of the organisms that make it up.

The term succession refers to the replacement, over time, of some species by others. To address this issue, it’s essential to evaluate the interactions between different species that share a habitat.

The elements that participate in ecological succession

Being an integrative phenomenon, ecological succession encompasses the biotic factors (living beings) and abiotic factors (atmospheric conditions) of an ecosystem.

Although botanists originally developed these theories, they’ve extended to the understanding of the dynamics of fauna as well. What’s more, ecological succession also applies to microbial communities.

Generally speaking, there are two basic circumstances that can lead to ecological succession:

The phases of an ecological succession

There are several phases that make up the phenomenon of ecological succession. We’ll show them to you below:

The initial phase begins with the formation of an uncovered or malnourished area. It originates from events such as an eruption, flooding, erosion, and other catastrophic events. Additionally, it can also occur by the hand of man: stone extraction, hydrofracking, fires, the construction of reservoirs, etc.

In this phase, pioneer species arrive in the area, creating the basis for other living beings to live there. The invasion includes the following three steps:

Little by little, the environment modifies and becomes inadequate to support all organisms. Sooner or later, new invaders replace the species–generally animals more specialized in taking advantage of the habitat’s resources.

Finally, the community reaches a stage of stability and will remain stable under the current conditions. The ecosystem reaches a wide diversity of species that are well-distributed and represent complex food chains.

It’s important to note that, in the past, scientists considered to this phase as the final stage, or “the climax community”. However, modern ecologists have largely abandoned this idea. Currently, they favor the idea of a “non-equilibrium” in the dynamics of ecosystems.

In short, ecological succession is important for the growth and development of an ecosystem. In that sense, disseminating this knowledge helps us understand how the colonization of new areas and the re-colonization of destroyed areas begin.

Understanding the delicate process of ecological succession helps us to put into perspective the damage we humans do by introducing invasive species or exterminating a species through hunting.

All living beings play an essential role in their ecosystem. And, consequently, respecting each of its members is essential to their well-being.

The Importance of Krill in the Ocean’s Ecosystems
In this article, we're going to talk about krill and the importance of their role in our ocean's ecosystems. Read on to learn more about what they do! Read more »
Link copied!
Interesting Articles
Wild Animals
Five Endangered Marine Species