What Are Invasive Species?

The animals that have been released into a different ecosystem than its own and may pose a threat to it are considered invasive species. They’re usually exotic specimens that harm native species. Read on to learn all about them! 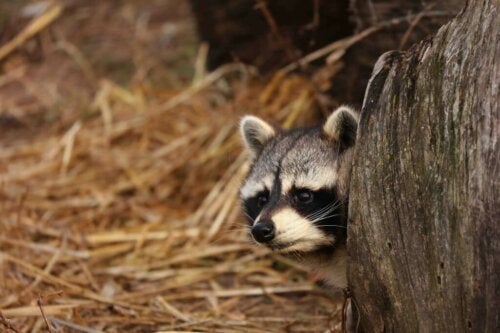 Nowadays, people are talking a lot about invasive species. However, many are unaware of their implications and meaning. Invasive species have a lot to do with exotic pets and pose a danger to the environment.

What are invasive species?

An invasive species is a species of animals, plants, or other organisms that people have released into a habitat different from their own. Although this has occurred for centuries due to global trade, exotic pets have become very popular in recent years.

On many occasions, when owners of certain species realize that they’re difficult to keep as pets, they come up with the great idea of freeing them. This can have several consequences. In fact, releasing a pet into the wild will probably lead to its death. This is because it isn’t used to finding food on its own or defending itself from predators.

However, on other occasions, these animals survive in their new ecosystem, and cause imbalances that can greatly affect their new home. This is because no other organism is adapted to their presence. In this case, we’re talking about invasive species.

The animals that are invasive species

Currently, each government decides how to legislate on invasive species and exotic pet ownership. In fact, many countries only allow people to have about 20 species of animals. Therefore, it’s very difficult for the list of these species to expand.

Other countries, such as Spain, allow thousands of species, which they progressively ban when they pose a risk to the population. This causes governments to consider the species invasive too late, when wild populations that pose a danger have already formed.

Specifically, in the case of Spain, a catalog of the Ministry for Ecological Transition and Demographic Challenge (MITECO) includes all the invasive species.

There are thousands of invasive species on the Earth. For example, in Australia, one of them is the European rabbit, which is a pest that destroys many croplands. Many species of Asian snakes have also been introduced in the United States.

There are many different invasive species in Spain. For example, some populations of raccoons or even coati in various parts of the Iberian peninsula, which were formed due to people abandoning them as pets.

These animals are an example of the health threat that invasive species pose. These procyonids are one of the wild animals with rabies, which can infect humans, as they’re much more trusting than other wild animals.

In addition, other curious species, such as the rose-ringed parakeet and the Alexandrine parakeet, are causing serious problems in several cities, as thousands crowd the trees and buildings. These parrots, like raccoons, affect native birds. This is because they take away their nesting places and, in the case of raccoons, eat the eggs in nests.

Water turtles, such as the red-eared slider, are some of the turtles people release into the wild the most. Thus, they’re displacing other European terrapins. In short, these species teach you that you must get all the right information before buying an exotic pet, as you must commit to taking care of it forever.

Exotic Pets – Types of Domestic Snake
With exotic pets becoming more and more popular around the world, we want to take a look at some of the different types of domestic snake. Read more »
Link copied!
Interesting Articles
Birds
Lesser Kestrel, the Smallest of the Falcons