Home » Training » Entertainment » Fun and Games » Why Does Your Dog Prefer One Toy Over Another?

Why Does Your Dog Prefer One Toy Over Another?

Why do dogs prefer their old toys to new ones? Learn more by reading on. 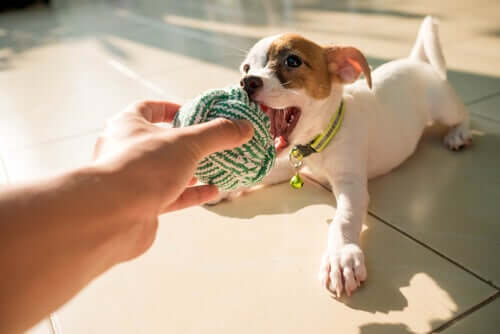 It’s happened again. You arrive home excitedly with a brand new toy to give your dog. When you saw it at the shop, you just couldn’t resist buying it. You give it to your dog, and he looks at it and sniffs it. Then he takes off in search of that dirty old toy that he’s had for ages. You can’t understand it! Why does your dog prefer one toy over another? Learn the answers here!

Apart from reading about why your dog may prefer one toy over another, you’ll also find out what to look for when buying new dog toys or making them, just to ensure your dog will love them. Whatever it takes to keep your canine friend happy, right?

Why does your dog prefer one toy over another?

Since dogs have descended from wolves, they have many traits in common. For example, toys are a kind of entertainment for dogs, just as their prey is for wolves.

Wolves move their prey around from side to side before eating it. In the same way, dogs like playing with certain toys and moving it around between their paws.

How will this affect what kind of toy your dog might prefer over another? Well, it’s simple. Dogs like smaller toys that they can move around and destroy easily.

It should be soft, easy to maneuver and to carry around from one place to another. And if it smells like food, so much the better!

Here’s an example to illustrate this point. Just imagine that your dog is just crazy for your child’s old teddy bear that you gave your pet. The bear is nearly falling apart, but your dog still carries it around everywhere. One day you decide to buy him a new toy, one of those hard things that keeps their teeth strong and that you think he won’t be able to break easily.

But your dog just isn’t interested. The texture is so totally different from the old toy that he loves. He doesn’t understand anything about toys being good for his teeth or not. So, he just doesn’t play with it.

Which toys will most dogs refuse to play with?

Generally, dogs don’t like hard toys, or toys that are smooth. They may also tend to dislike toys that don’t make any noise while they’re playing with them.

Your dog will definitely prefer an old, chewed-up toy that he’s familiar with to a new smooth toy. He may come up when you first show him the toy and might smell it and start to chew it. However, he’ll probably grow bored with it in a very short time.

Does your dog prefer one toy over another?

What if all your dog’s toys are old and ratty and you want to buy him some new ones, but you’re afraid that he’ll just refuse to play with them? Well, there’s only one thing you can do, and that’s to buy him toys that are similar to the ones he already loves.

Inspect the texture, size and shape of your pet’s old toys, and see whether they make a noise or not. Choose similar toys, or you could even make some yourself.

If you want your dog to change which toys he plays with, don’t just take away his favorite toy and replace it with a new one. It would be better to alternate them. Every now and then, you can hide the old toy so that your dog will play with the new one.

When you notice that your dog has stopped looking for the old one and has gotten used to the new toy, you can throw away the old one.

Don’t feel discouraged if you realize that it’ll take a bit of effort to get your pet to use new toys. This is normal. If you’re consistent and you don’t give up, then you’ll get good results.

Why make the effort?

Playing is an important part of your dog’s development. Therefore, it’s essential that your dog doesn’t just play with the old toys he loves when he’s bored and on his own. You should also devote time to playing with them.

Spending time with your pet is fundamental to its health and well-being. The bond between you will be strengthened, and you’ll both find more satisfaction in life. You can be sure that your pet will be grateful for any small thing you do to make them happy. 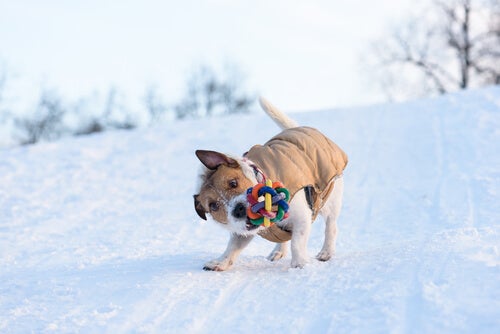 Why Do Dogs Shake Toys?
Many times, we do not understand some habits that pets have, and it is worth learning about them. For example, in this case, we will answer a very common question: why do dogs shake toys? You will be amazed! Read more »
Interesting Articles 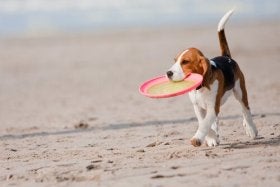 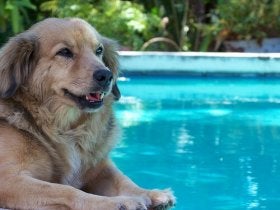 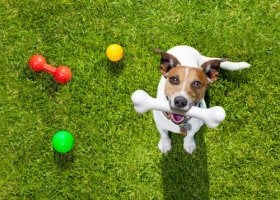 Fun and Games
5 Games To Enjoy with Your Dog

Our furry friends love to play, and we love playing with them. Often, spending time playing is one of the best ways to show them that we love them. Here are some games to enjoy with your dog. You’ll love… 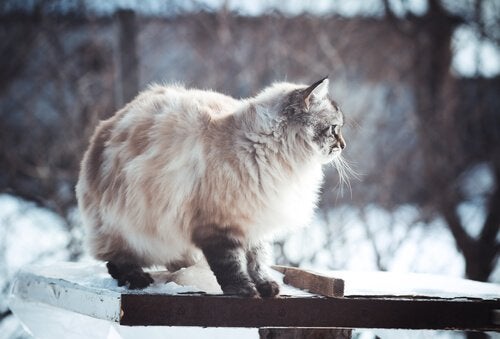 Fun and Games
Having Fun with Winter-Loving Dogs and Cats

There are many kinds of dogs and cats in the world, each with different characteristics. One of them is that some of these are winter-loving dogs and cats.  We know how fond cats are of seeking heat and laying down…