Meet Bones, the Search Dog for Missing People in Colombia

'Bones' is specialized in searching for human remains. Learn more about this special dog that helps find missing people in Colombia. 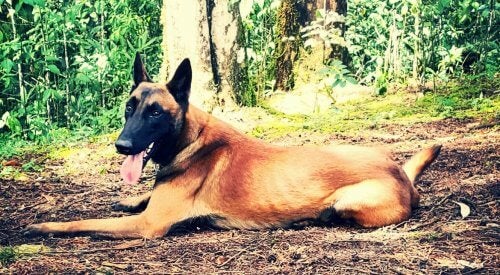 Dogs never cease to amaze us with their incredible abilities which are often used to serve man. Therefore, today we’ll tell you the story of Bones, the search dog who looks for missing people in Colombia.

Bones is a Belgian Shepherd Malinois. Since he was 4 months old, agents have trained him to detect corpses in the Antioquia area in Colombia. This was a region particularly affected by the many conflicts that this country has gone through and still is. Some examples are the guerrillas, drug trafficking, paramilitary, mafias, etc.

This dog works alongside his owner, John Fredy Ramirez, a researcher at CTI (Technical Investigations Unit). You may find it remarkable to learn that Bones wasn’t even a year and a half old when he’d already found four bodies.

It’s important to note that the RUV (Victim Record Unit) estimates that there are around 46,000 people who have gone missing in Colombia.

Learn about the history of Bones, the dog that looks for missing people in Antioquia, Colombia. This is one of the areas most affected by the violence that devastated and continues to devastate the country.

“They are neither dead nor alive, they’ve gone missing” once said a sinister dictator from Argentina. That was his response when he was asked about the victims of the repression unleashed by the last military dictatorship that devastated that country between 1976-1983.

People suffering from the anguish and uncertainty of searching for their loved ones is a common story in many cities in the region.

Finding their bodies, even after many years, is the only way to mitigate their feelings of anxiety. The kind of work that dogs like Bones can do is essential to bringing a little rest to the families so that they can finally mourn properly.

Unlike other dogs working for the CTI, Bones is a dog that works exclusively in the search for missing people.

His training consisted of learning how to detect human remains using his sense of smell. To achieve this, his trainers used wooden boxes with holes in them. Four of these boxes were odorless and one of them gave off the smell he was supposed to identify.

Bones the search dog at work

Bones the search dog lives with Ramirez, his wife and three cats. He trains every day. In the mornings and for one hour straight, he walks and plays with a ball that smells of human bone. At night, he takes another walk but this time for half an hour only.

Ramírez says he has found the ideal dog for this task: a strong animal, capable of traveling between 60 and 70 kilometers a day.

As soon as the CTI team arrives at an area where a body is believed to be buried, the ground is marked. In addition, the team places probes into the ground to create smell cones. This is where Bones’ task begins.

When Bones detects a smell, he then identifies the place by moving around in circles. In order to confirm the finding, the dog is removed from the area. If he then comes back, lies down, and starts barking, there is little doubt that he has found something, and the team can proceed with the excavations. Meanwhile, Ramírez rewards his dog with games and cuddles.

The amazing job of search dogs tracking down corpses

Research indicates that if there’s a body supposedly buried in an area of 50 square feet, it could take between two to three hours for humans to find it. In this case, a search dog has the ability to find it in less than 15 minutes.

This highlights once again the outstanding help that dogs offer to mankind. Even though, sadly, they sometimes only receive abuse in return.

In the case of Bones, although his name borders on black humor, he gives some peace to the families that have suffered from the terrible situation of their loved ones going missing. 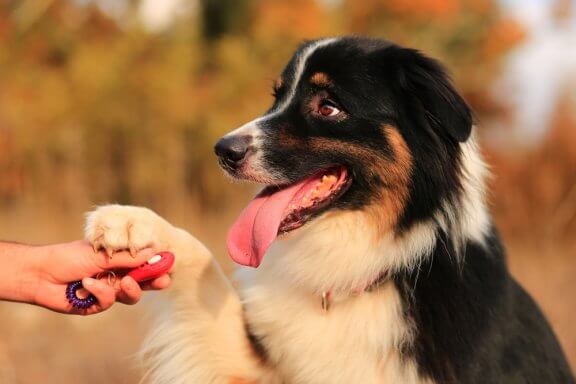 Clicker Training Method: What Is It and How to Implement It
Have you ever heard of the clicker training method? We'll give you information about implementing this training method with your pet! Read more »
Interesting Articles