Some well-known artists have declared themselves to be animal lovers and have reflected this in their artistic work. In other cases, species such as the horse (symbol of nobility) magnified the character they wanted to represent. Today, we'll take a closer look at several famous historical paintings of animals. 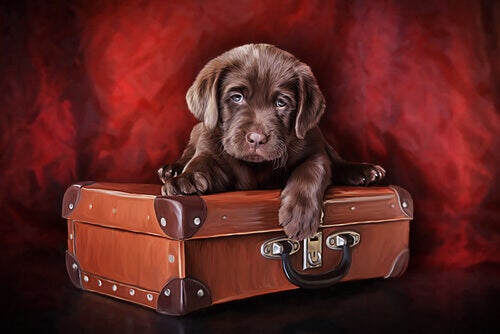 Many historical figures and celebrities have gone down in history thanks to the paintings of renowned artists. However, some famous paintings were dedicated not to humans, but, rather, to animals. Here are the most famous historical paintings that portrayed the animal kingdom through art:

Famous historical paintings of animals: A Friend in Need by Coolidge

Surely, A Friend in Need is the most internationally recognized painting that depicts animals. Created in 1903, the work portrays seven dogs playing poker, smoking, and adopting very ‘humanized’ postures. For this reason, the painting is more popularly known as ‘dogs playing poker’.

It’s also interesting to know the history of this famous work by the painter Cassius Marcellus Coolidge. Cassius was hired to collaborate with the advertising campaign of a major tobacco brand.

In order to attract the attention of consumers, the artist made 16 oil paintings throughout his career, in which he portrayed dogs with human attitudes.

Pablo Picasso, his dogs, and the Dove of Peace

After the end of World War II, the Spanish Communist Party (PCE), of which Pablo Picasso was a member, asked him to create a symbol of peace.

Inspired by his talent and his political beliefs, the Malaga-born artist created a simple and fine sketch of a white dove. In this work, we see the bird, the symbol of peace, carrying an olive branch in its beak.

Created in 1949, Picasso’s drawing has been a symbol for the Paris Peace Conference. And today, the painting continues to be a remarkable artistic representation of a world calling for peace.

However, Picasso’s ‘animalistic paintings’ didn’t stop there. The artist declared himself a devoted admirer of canines. In fact, he claimed that Lump, his dachshund, was the only company he tolerated while he was working. From his great love for dogs, came the work Boy with a Dog, painted in 1905.

Salvador Dalí and his surrealist butterflies

Salvador Dalí has been an undisputed eccentric genius and also the most consecrated name of the surrealist movement. In his painting Butterflies, the Spanish artist uses this animal as a symbol of the eternal transformation of life.

Loaded with symbolism, the work reminds us that existence is something dynamic, which presupposes a process of infinite metamorphosis. Insects are a metaphor for the unstoppable advance of life.

Andy Warhol is the most representative name of the modern and colorful Pop-Art style. The American artist was an avid animal lover and lived with dogs and cats throughout his life. Among his famous historical paintings, we find the Portrait of Maurice, where we observe his beloved pet.

To show his great affection for animals, Warhol created a series of paintings depicting 25 cats in different colors. Among them, Green Cat has been the most outstanding representation at an international level. In addition, Warhol also published a peculiar book entitled Cats, Cats, Cats.

Velázquez, Goya, and the dogs of the Spanish aristocracy

These two Spanish artists have created famous paintings portraying the adoration of members of the nobility for their pets. In the well-known painting Las Meninas by Velázquez, we see a beautiful mastiff named Salomón; according to the painter, the dog appears as a symbol of loyalty and protection.

Goya has also left us a very well-known painting about animals, called Two Boys with a Mastiff. In it, we see two boys playing happily with a huge mastiff dog.

The horse of Emperor Charles V

In Titian’s famous painting, we see Emperor Charles V riding his beautiful horse during the battle of Mühlberg. Although the animal doesn’t appear as a protagonist in this case, its image adds to the exuberance of the work.

We should remember that horses in paintings, and equestrian statues, were represented as a symbol of nobility, as they increased the size and stature of their masters.

What’s more, Titian himself may have painted one of the earliest known ancestors of today’s poodle. In one of his famous paintings, the painter portrays Federico II Gonzaga with a small white dog with a woolly coat.

4 Great Works of Art With Dogs in Them
Dogs are a big part of our lives, so it shouldn't come as a surprise that they show up in many important pieces of art. Read on to learn more! Read more »
Link copied!
Interesting Articles
Amphibians
The Differences Between Toads and Frogs