Do you love animals and coin collecting? We'll tell you all about coins picturing animals, from ancient times to today! 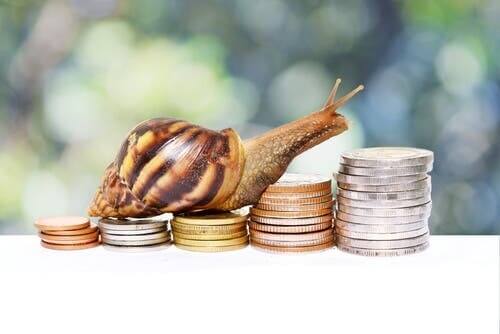 Some people love pictures of animals, and so it’s no wonder some coins have animals on them. Let’s take a closer look at some of the unique coins picturing animals.

Coins picturing animals fascinate animal lovers and coin collectors alike! The images on coins, whether they show military or sports insignia, are representations of power.

Incorporating images of animals onto coins and other objects is an ancient practice. From the beginning of time, humans have used symbols to explain and enrich the world around them. We’ll tell you about how animals have become symbolic below!

Coins picturing animals: An ancient practice that lives on

According to archaeologists, ancients coins often featured horses and eagles. However, throughout history, other species have featured such as elephants, turtles, goats, fish, lions, as well as imaginary animals, like unicorns and dragons.

1. Lions: the oldest animals on coins

Lions are symbolic of royal authority. These majestic animals represent power and strength, which is why this was a popular animal featured on coins since ancient times.

Specifically, experts say that lions appeared on the first coins in human history. These coins were created in Lydia, now present-day Turkey, and date back to approximately 680 to 560 B.C.

Lions also appear on more recent coins. Surprisingly, the Lions Club Commemorative Dollar in 2017 is the first time that lions have been included on a coin in the United States.

Curiously, coins from Ancient Rome typically depicted horses. However, they also had coins picturing animals such as eagles and wolves.

Experts believe that the first coins featuring horses date back to around 600-550 B.C. It’s amazing that more modern coins still feature horses, as well as other farm animals. In fact, horses are still featured on several American coins.

It’s not uncommon to find dogs on old coins. For a long time, dogs have represented human guardians, hunters, and trusted companions.

One example is a rare coin featuring a dog of an unknown denomination that was circulated in Thrace, Madytos, around 350 B.C.

For ancient coin collectors looking for coins featuring dogs, there are several beautiful, ancient coins with dogs from Segesta, Sicily.

Nowadays, you can still find dogs engraved on various coins. However, the United States has no currency featuring man’s best friend.

One very famous ancient coin with a picture of a wolf is the commemorative Bi Nummus Roman coin from 330-340 A.D. Historians believe that these coins were issued during the reign of Constantine the Great.

The coin shows the image of Romulus and Remus, the mythical founders of Rome, suckling from a she-wolf. Obviously, this little image is fascinating to historians.

Today, wolves remain a popular image to engrave on coins. However, this isn’t true for the United States, where only one coin features wolves – the 2013 Sacagawea dollar.

Coins picturing animals from Oceania tend to feature one particular animal – koalas! Koala coins are particularly popular in Australia. Australia first issued coins with koalas in 1987. However, these coins remain some of the only platinum coins ever to be issued. One side features the Queen of Australia, Elizabeth II, and the other side has a koala.

6. Pandas: One of the most desired coins picturing animals

China’s panda coin is one of the most popular animal coins in the world. The country first issued the coin in 1982. Year after year, China issued coins with a new Panda image, except in 2002 when the coin was a repeat of the 2001 coin.

Now, let’s look at coins from Spain featuring animals. One coin has an image of a brown bear resting on a strawberry tree. This image is on the backside of a 200 peseta Juan Carlos I coin from 1992. In addition to this, the picture of the bear features on Madrid’s coat of arms.

Perhaps one reason is that brown bears were the only species of bear that lived on the Iberian Peninsula. Previously, bears lived throughout the peninsula. They were especially common in Montes del Pardo, the outskirts of Madrid. Many years ago, kings and aristocrats hunted bears in this area.

Every year since 1988, the Isle of Man (located between England and Ireland) has issued a coin with a cat on it. Even stranger is that every year features a different breed of cat.

Of course, these coins are very popular with coin collectors and cat enthusiasts.

Coins and other objects

Obviously, animals have always been fascinating to humans. While there are many coins picturing animals, animals have also been engraved on a wide variety of other objects. Nowadays, you can find almost any object with an animal motif if you look hard enough!