The diseases that cause constant diarrhea in small ruminant newborns are quite dangerous. First of all, because they spread easily. Second, because of their high mortality. 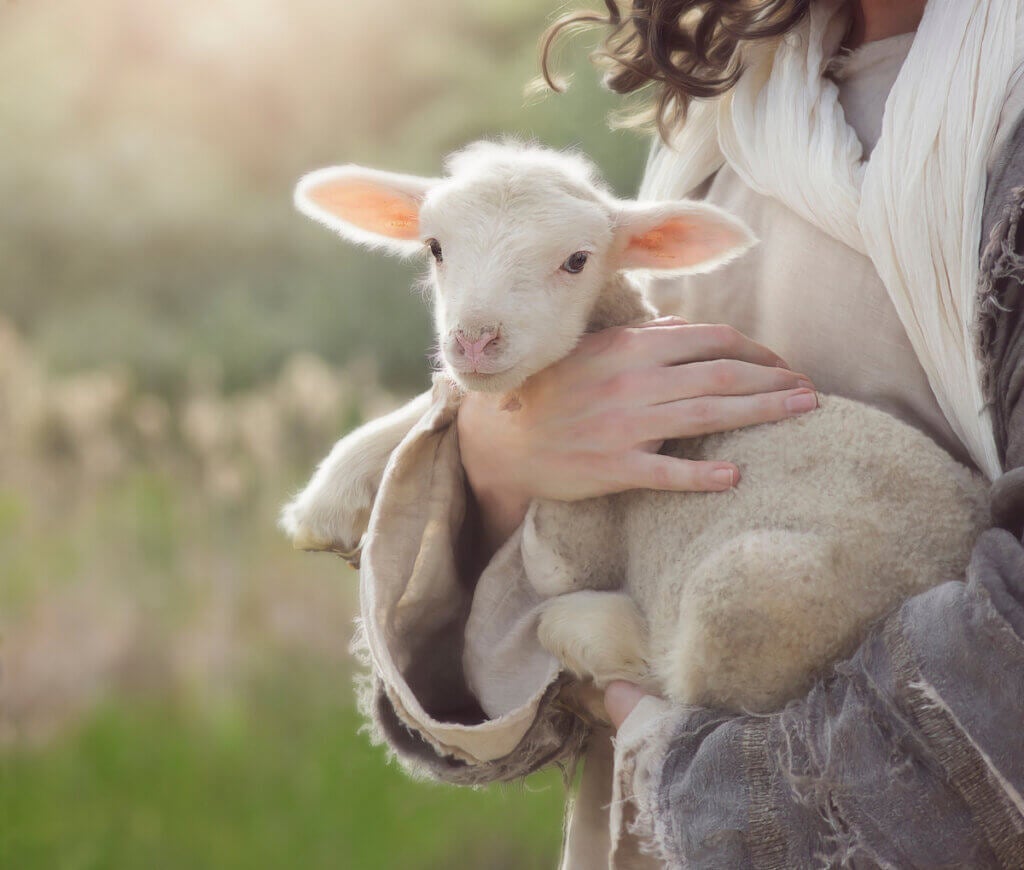 Diarrhea is one of the most common syndromes among small ruminant newborns, like those of sheep or goats, not to mention the severe losses due to the high mortality rates and stunted growth that it causes. Among the many agents that can cause this symptomatology, the parasite Cryptosporidium parvum is one of the most significant.

Cryptosporidiosis is a cosmopolitan disease that affects most vertebrate animals, as well as humans. What’s more, several studies show its growing and constant importance.

Cryptosporidiosis as the main cause of diarrhea in small ruminant newborns

Next, we’ll proceed to describe the most relevant particularities of this pathology and how it affects sheep and goats.

Cryptosporidium parvum and its epidemiology

We’re dealing with a protozoon, i.e. a microscopic parasite that invades the intestinal mucosa causing acute gastroenteritis. Newborns of small ruminant animals, who remain with their mothers – and other newborns in the same fold until the time comes for them to wean – ingest it unintentionally.

Thus, as soon as one individual is parasitized, transmission to other members of the fold is almost a sure thing. There are several factors that you must take into account because they favor the appearance of the infection. Among them, we find the following:

Lambs and kids suffer infection during the first days of life and are especially receptive between the first and third week after birth. Immunological status appears to be a determining factor in the severity and duration of diarrhea.

This is because the immune system of these animals has yet to develop and hasn’t assimilated the defenses that maternal colostrum provides. What the farmer detects in these infected animals is the following:

These symptoms usually remit after 3-5 days. However, in the most severe cases, this situation can last up to 2 weeks, which greatly reduces the animals’ welfare as well as their value as livestock.

Diarrhea in newborn calves can be due to multiple infectious agents. Therefore, it’ll be necessary to make a differential diagnosis, for example with Escherichia coli or Salmonella.

In vivo diagnosis involves detecting oocysts in the feces with a coprological analysis. In fact, the characteristics of oocysts require the use of more sophisticated techniques than routine analysis. Serological tests, on the other hand, have proven not to be useful in controlling the spread of the disease.

In terms of treatment, experts have evaluated many drugs for this disease. Most of them are only partially effective, as they reduce the number of parasites in the stool or the duration of the diarrheal episode.

These drugs usually go hand in hand with those that treat the symptoms to restore the animals from dehydration and weight loss.

Control and prevention of diarrhea in small ruminant newborns caused by C. parvum

In the absence of specific drugs against cryptosporidium, it’s best to resort to control and prevention techniques. The first of these is vaccination, but the truth is that not much progress has yet been made in small ruminants. Therefore, prophylactic measures related to hygiene and biosecurity are necessary:

The significance of diarrhea in small ruminant newborns

Cryptosporidium parvum is postulated as the main causal agent of neonatal diarrhea syndrome in sheep and goats. Despite its high incidence, neither specific treatment nor an effective vaccine is yet available to all farmers.

This is why hygiene and biosecurity measures are implemented on farms. Finally, account must be taken of the zoonotic nature of this disease and the possible transmission to people in contact with infected animals.

Hydatidosis: A Parasitic Disease that Tends to Reemerge
Hydatidosis is a parasitic disease that is difficult to control and tends to reemerge, as it can spread between humans and animals. Read more »
Link copied!
Interesting Articles
Mammals
All About the Caracal: Characteristics, Feeding and Habitat