Do Animals Have Consciousness?

Over the years, whether or not non-human animals have consciousness has been the subject of debate. The answer, of course, isn't simple. 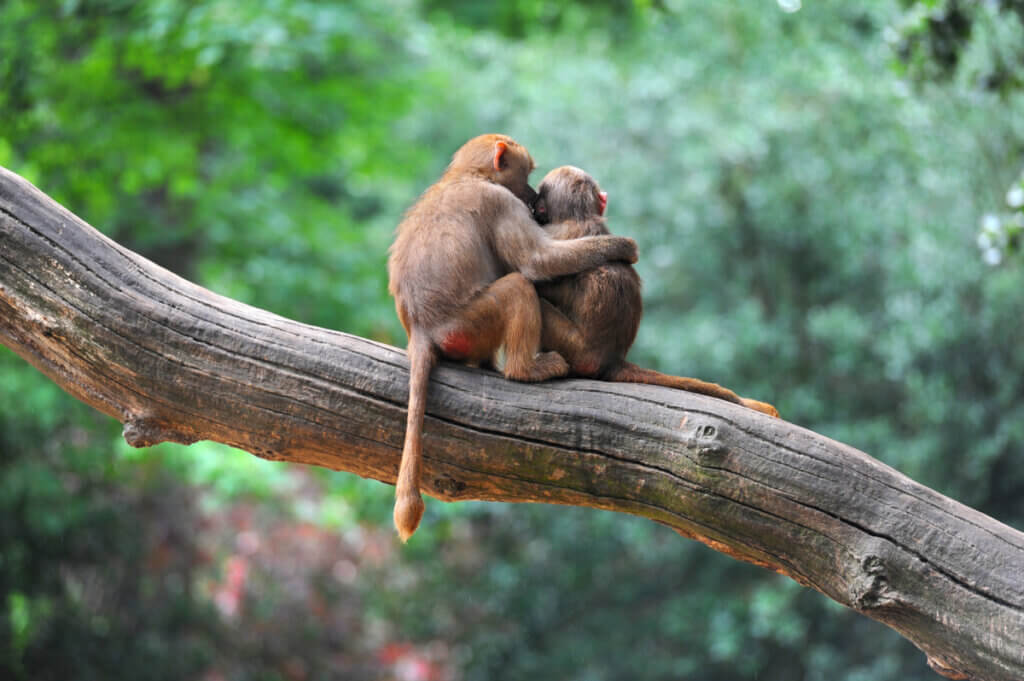 Consciousness is one of those great questions we ponder. Everyone can talk about it, even give a rough definition, and we all agree that it exists and that we have one. But what about the rest of living beings? Do animals have consciousness?

Whether or not an animal’s aware of what’s going on around it, even of itself, is something that has aroused the curiosity of humans for a long time. Over the years, the inclusiveness of the term “consciousness” has gradually opened up its spectrum to animal species that we would never have imagined.

What do we call consciousness?

The definition of consciousness is the capacity to not only process the stimuli that come from the environment, but also to experience them in a subjective way. That’s to say, a conscious being doesn’t only see an object, but also knows that they’re observing it.

Neuroscience, looking for answers in the brain, found a common neurological basis for most animals in terms of the ability to feel and react emotionally to stimuli.

For example, in comparative studies between mammals and birds, researchers found that both had the necessary mechanisms to have a subjective awareness of their experience. Therefore, it wasn’t exclusive to mammals.

So much so that, in 2003, at the Francis Crick Memorial Conference at the University of Cambridge, the bulk of neuroscientists signed a statement affirming that non-human animals have consciousness.

The first studies on animal consciousness were based on tests done on children. The mirror test, created by Gordon Gallup, is one of the most famous. In this experiment, researchers marked the animal with a stain that it could only see by looking in the mirror.

The animals that passed the test – mainly great apes – showed self-recognition behavior. For example, they tried to remove the stain, looked at it from different angles, or grimaced.

The mirror test was the common one until critics raised several questions: Mainly, do all species perceive the world the same way we do? The answer is no.

For example, a dog depends much more on smell than a human in order to interact with the environment. In the same way, a raptor bases almost all its perception on the sense of sight, which is much sharper than ours.

These are some of the species in which research has demonstrated the existence of consciousness:

Modifying the mirror test gave us the key we humans needed. You can’t cut off the perception of all species from the same pattern. This was a major advance for ethology and a demonstration that human superiority on the planet is less and less sustainable.

So, do animals have consciousness?

All the evidence points to the answer being yes. Animal rights groups led the way with studies showing that non-human animals feel pain. In doing so, they laid the foundation for feeling empathy towards them.

And it doesn’t stop there. Not only has research revealed that animals have consciousness. It has also shown that many of them display behavior and emotions so similar to ours. For example, some have demonstrated a sense of justice, of empathy, or even an understanding of death. Therefore, it’s impossible to deny that they can be as sentient as we are.