Hundreds of Bulldogs Parade to Try to Break a Record

Ever wanted to see hundreds of bulldogs together? In Mexico City, there was a parade of bulldogs that tried to break a World Record. 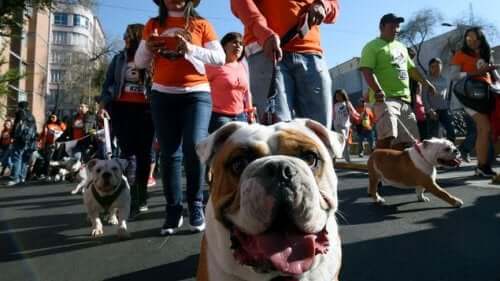 Mexico City has many tourist attractions, as well as a wide range of activities to enjoy if you go for a visit. Its streets have also been used to protest or demonstrate, but also to carry out fun marches. In this case, we’ll tell you about a record-breaking group of hundreds of bulldogs.

Hundreds of bulldogs try to break a record

While walking through the center of Mexico City, there was an event that caught the attention of hundreds of people (both residents and tourists). There was a march of hundreds of bulldogs barking and sniffing everything. It was an entire square full of barking and leashes. The goal of the group was to achieve a record that could put them in the famous Guinness Book of World Records.

In total, more than 950 people took their flat-faced, sturdy dogs to this event to create history. Erick Hernandez, the president of the Bulldog Club of Mexico, said that worldwide they are the first group to get almost a thousand dogs of this breed to an event in such a popular and well-visited place in a city.

The goal was to get 800 bulldogs together to break a previous record. All that is left is to send the evidence of the event to the judges of the Guinness organization so they can be evaluated and subsequently certified.

During the parade, which took place in tourist-favorite Paseo de la Reforma in the Mexican Capital, the male specimens of this beautiful breed wore sunglasses and sports coats. The females, on the other hand, showed their more flirtatious side with dancer or princess dresses. The owners also wore orange t-shirts with the image of a bulldog and a number that identified their pet.

One of the participants, Gabriela Pérez (who of course attended with her pup), said that many people wrongly believe that bulldogs are aggressive. However, they are just the opposite. They are a wonderful source of love and affection.

The hundreds of bulldogs were also accompanied by 2000 people who were attracted to the spectacle. Other people showed up to encourage the dogs, many of whom ended up pretty tired from so much exercise.

Other Guinness records for dogs

In addition to a march of hundreds of bulldogs in Mexico to get a world record, we should mention a few other dogs that have earned the distinction of being in the Guinness World Records. Here are some of them:

His name was Bluey and he was an Australian Shepherd breed. He was born in June 1910 and died in November 1939. That’s right… he was 29 and a half years old! His record as the oldest dog still hasn’t been beaten.

His name is Boo Boo and he’s a long-haired Chihuahua. His world record is for being the tiniest canine in the world. He only measures 4 inches tall and 6.5 inches long. Although, of course, we all know that good things come in small packages!

To look at him, you might confuse him with a horse, but he was a dog. His name was Giant George. He was a Great Dane and was the tallest dog in the world. He was 43 inches tall and weighed 250 pounds. Despite his size, he was very docile, calm, and sleepy. He liked to play in the park and sleep with his owners at his home in Tucson, Arizona in the United States.

The dog with the longest ears

Of course, this record belongs to a Bloodhound breed, also known as St. Hubert’s Dog. The dog’s name was Tigger. His ears were longer than any other dog’s and, when stretched out, the right ear was 13.7 inches and the left was 13.5 inches.

The most expensive dog

This dog is a red Mastiff, and belongs to a Chinese millionaire businessman, who paid no less than 1.5 million dollars for the pup. He named him Do-Khyi. Why did this dog cost so much? Because it was one of the oldest breeds in the world and was related to Genghis Khan and Buddha. 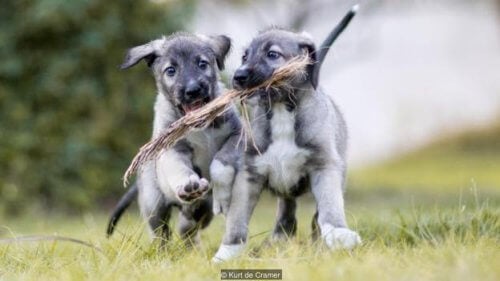 Meet the First Identical Twin Dogs on Record
The first identical twin dogs were born in South Africa. In today's article, we'll tell you more about these two dogs and how they were discovered. Read more »
Interesting Articles 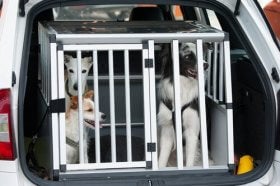 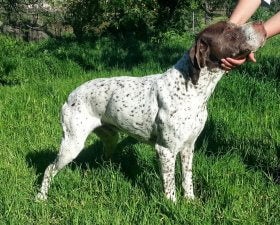 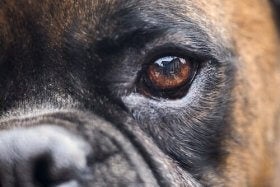 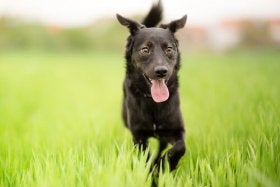 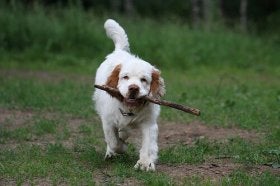