Should I Take My Pet to My Wedding?

This will depend on a number of factors, including whether they can behave themselves, and even whether or not the venue will let them inside! But of course, in general, somebody will need to supervise them. These are all things to take into consideration. 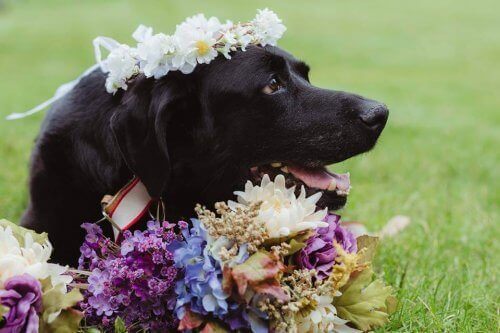 Increasingly, more and more people see their cats and dogs as almost like ‘children’, and, as a result, it’s becoming common to see them at weddings. But what do you think about this? Do you think it’s right to take a pet to a wedding? In some cases, people even dress their pet in a suit! Today, we’ll take a look at the matter in detail.

Taking your pet to your wedding

Before you even get to the wedding, you’ll need to think about your pet’s personality and what kind of wedding it is. As much as you might want to take your pet, they might not have a good time.

It’s becoming rather fashionable for the happy couple to take their dog to a wedding at a country house, at the beach, or any other place in the open air. It’s also common to see them dressed up, with bows, flowers, ribbons, or some other accessory.

But is this good for their pet? This should be the first question any pet owner asks themselves. If your pet isn’t a particularly sociable animal, is disobedient, or doesn’t like large crowds, then clearly they aren’t going to enjoy being at a party, even if it’s their owners’ special day.

You also need to think about who’s going to take care of them. The happy couple is going to be busy with photos, dancing, eating, and of course, spending time with their other loved ones. Who’s going to be looking after their pet in the meantime? They shouldn’t be there just to look pretty, like a prop, only to be ignored the rest of the day.

Another important factor will be your pet’s temperament. A Golden Retriever will be much more appropriate for a wedding than a Poodle, for example, because they’re much calmer and more obedient. But of course, this does depend on their training and their inherent personality.

And what if there are going to be lots of children at the wedding? They’re bound to want to play with the ‘guest of honor’ and this could cause problems. Some dogs aren’t too keen on young children and others really don’t like sharing their toys. And other dogs might suffer if smaller children pull too hard on their fur or tail.

Furthermore, some guests might be allergic, and there could be some ‘accidents’. This is why some venues won’t allow animals unless they’re well domesticated and can be guaranteed to behave.

I want to take my pet to my wedding. What do I need to do?

If you’ve thought about all the points above and are sure that you’re going to take your dog to your wedding, we recommend the following:

If you’re going to dress your pet in something special, make sure it’s comfortable and safe. Just because something looks pretty doesn’t mean that it’s the best choice. A simple option is to just add a flower or a pretty bow on their collar.

Although it might be nice to surprise your guests with your pet’s arrival at the wedding, they should really know beforehand because some people might be allergic or be afraid of certain animals. Everything will go much smoother if you tell them first.

3. Assign someone to look after them

You’re not in charge of the whole wedding for a reason, it’s simply not possible. But, similarly, you’re going to find it difficult to look after your pet constantly. Choose or hire someone to take care of them for the day. It might seem extreme, but it’ll really save you a lot of stress and concern.

4. Consult with the venue management

You might really like the idea of taking your pet to your wedding, but you must check with the venue first. Some simply don’t permit animals. You don’t want to get your heart set on the idea only to then find that it’s not possible. And don’t assume that. just because it’s an open-air venue, animals are allowed!

Last, but not least, don’t forget to make sure that your pet is well trained before the big day. All animals can be a little be unpredictable, but if you train them as best as you can beforehand, you’ll be much more relaxed on the day.

For example, if you want them to bring you your wedding rings during the ceremony, rehearse it with them several times, maybe months in advance. That way, they’ll know exactly how to behave and everything will go much smoother.

Do Allergy Tests for Dogs Exist?
In this interesting article, you'll read all about allergies in dogs and if allergy tests for dogs exist. Read on to learn more! Read more »
Link copied!
Interesting Articles
Dogs
Which Dog Breeds Are Most Likely to Run Away?