Home » Breeds » Which Are the Most Sociable Dog Breeds?

Which Are the Most Sociable Dog Breeds?

Is it really important to know which dog breeds are the most sociable? Well, if you have cats or rabbits, you might want to avoid breeds such as terriers and bloodhounds. They were bred to kill small mammals, and not even intensive training and socialization can always suppress these genetically programmed instincts. 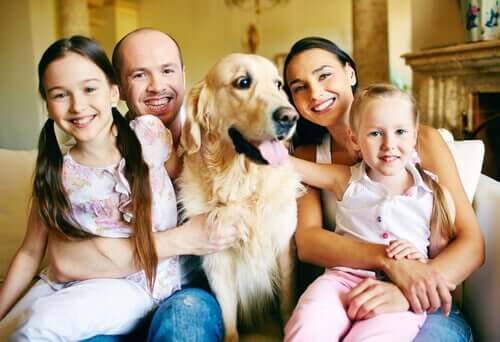 As a general rule, the most sociable dog breeds are also the most popular. While the majority of dogs love spending time with people, some breeds are famous for their friendly demeanor.

It’s a well-known fact that almost all dogs are affectionate toward their owners. However, breeds that were chosen to act as guard dogs can be overly cautious, and even aggressive toward strangers.

So, if you’re looking for a dog that will love everyone – friends and strangers alike – then this is the article for you.

The Golden Retriever, one of the most sociable breeds in the world

One of the most popular breeds in the world, the Golden Retriever – pictured at the beginning of this article – has a famously laid-back temperament. They’ll happily live with any animal once they’ve had a chance to get to know them.

The most notable characteristics of this breed are its endurance, intelligence, and trainability. It’s not uncommon to see these animals working as service and therapy dogs. They’ve also been successfully trained as search and rescue dogs, as well as gun dogs.

Golden Retrievers generally love everyone. Absolutely everyone. If a burglar breaks into your house, a Golden Retriever would probably greet them as if it had known them its entire life, before giving them a tour of the house!

Pointers: the breed of choice

As elegant in real life as they are in 18th and 19th Century oil paintings, pointers were the companions of choice for nobility for hundreds of years.

However, their aristocratic air doesn’t stop them from being loving and playful dogs. With proper training, they can be a loyal friend to other animals, becoming as affectionate with them as with their human family.

The most notable characteristics of this breed, besides its phenomenal sense of smell, are its great patience and self-control. They were originally used for tracking prey. When they caught the scent of a bird or hare, they would freeze, and point with their nose and front paw, barking while they waited patiently for their masters to catch up and load their weapon.

Energetic and fun-loving, they’re ideal for active households where they’ll be part of family life. These are loving and docile animals to have around, as long as they get plenty of exercise. Pointers are one of the most athletic dogs in the world, and need a good long walk every day.

Also known as caniche, (from the French meaning “duck dog”) poodles originated from Germany in the Middle Ages. They were bred as water dogs, and were trained to retrieve water birds.

Like all hunting dogs, poodles are very sociable. They’re eager to please and get along with everyone, whether it be humans, cats or other dogs.

Their great energy and playful personality make them great companions. They’re so easy to train that they can usually be trusted with other pets in the household.

Poodles are considered one of the most intelligent breeds in the world. They learn quickly and are perfectly adapted to almost any task you give them.

Pugs: another of the world’s most sociable breeds

Pugs are popular around the world, not just for their appearance, but also for their fantastic personalities. They’re extremely sociable and love everyone, getting on well with other animals and people.

Pugs like getting involved in games with other dogs and love their human family deeply, creating close bonds with their owners. They also enjoy meeting new people.

Known as the clowns of the canine world, pugs have a great sense of humor and love showing off. They enjoy being the center of attention, and feel anxious if they’re ignored.

The most sociable dog breeds are characterized by their great love and affection for those around them. They also get on well with children, other pets, and are even friendly toward strangers.

As well as the breeds we mentioned here today, you’ll also find a more complete list of the most sociable dog breeds in a study published in the Journal, Applied Animal Behavior Science. The authors carried out an investigative study of the behavioral profiles of 98 dog breeds.

A number of other scientific studies have found that the levels of friendliness and sociability in dogs vary from breed to breed. Retrievers, including Labradors, Golden Retrievers and Cocker Spaniels, are the most sociable dogs, with pastoral breeds and companion dogs proving to be the least sociable.

Of course, it’s important to remember that every dog is different. As such, it would be wrong to assume that every Golden Retriever or pug will instantly be best friends with every human or animal it meets. 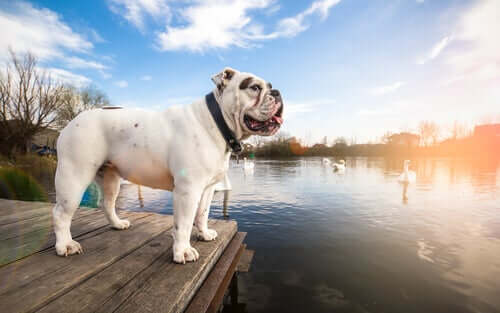