Writers are often eccentric and it shows even in the unusual pets they adopt. 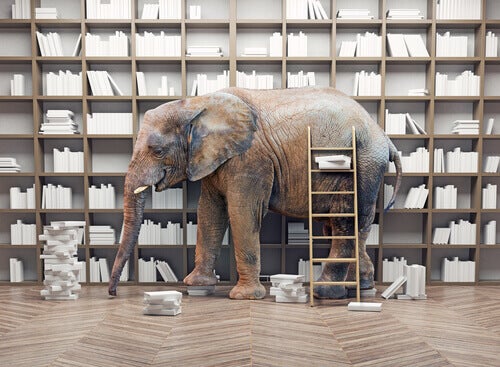 Animals have had a great impact on our lives and became indispensable both individually and from a cultural point of view. All pets are amazing beings, but today we’d like to tell you about the most unusual ones owned by some eccentric writers.

Coming home and being greeted by a pet is a great feeling after a long day at work. It’s a proven fact that animals promote physical and emotional well-being so their positive effects on human health are well-known.

Likewise, pets have also been a source of inspiration in art, literature, or music. Continue reading to find out more about some of the eccentric writers who kept unusual pets.

Eccentric writers and their unusual pets

Charles Dickens is best known for his role as a writer but also identified himself as an animal lover. There were all sorts of animals such as cats, dogs, and other more exotic species in his house.

Among the latter such as ponies and eagles, there was a raven called Grip. He named him after the novel Barnaby Rudge where the animal had a starring role. In fact, it was Dickens who influenced Edgar Allan Poe’s admiration for crows.

Unfortunately, these animals have always been considered a bad omen in popular culture due to their gloomy appearance and their close relationship to human death.

However, crows are highly intelligent, capable of creating tools, and can even imitate some human sounds. Their reasoning ability has been the subject of many scientific studies.

Both the French poet Gérard de Nerval and the Roman poet Virgil owned unusual pets. While Gérard and his lobster highly amused people in Paris during the 19th century, Rome was baffled by Virgil and his fly in the 1st century BC.

You must agree that it’s uncommon to keep a fly or a lobster as a pet. However, Gérard thought these crustaceans were the best companion animals, as they were rather peaceful creatures and didn’t bark.

As for flies, these are rather short-lived insects that are somewhat annoying to most of the population due to their buzzing. Virgil didn’t seem to think so despite them being vectors of diseases such as cholera, dysentery, and myiasis.

Dorothy Parker was an American poet and playwright highly praised for her sarcasm and wit. Her humor was so dark it led her to adopt some crocodiles as pets.

Crocodiles are well-known for being large and aggressive. However, they only attack when they feel threatened, when in defense of their young, and when they’re hungry.

Of course, these facts didn’t seem to matter to Dorothy but she was right in a way, as most accidents with these animals are due to human ignorance.

Apart from being a famous poet, Lord Byron was passionate about animals, and there are many anecdotes about him and his pets.

One of the best-known stories is the one about the bear in college. Lord Byron had enrolled in Trinity College Cambridge and couldn’t take his dog along.

His solution was to bring along a trained, captive-bred brown bear. When the principal inquired about the presence of the bear, Lord Byron replied “he’d like to apply for a scholarship.”

Bears are large mammals present in practically all regions of the planet. They stand out for being solitary seedling animals and are capable of standing up on two legs.

As the story goes, the poet basically had a zoo as he housed a large number of animals. Among them, there were dogs, horses, cats, and unusual animals such as a bear, a badger, an eagle, and an Egyptian crane.

Let’s conclude this article by acknowledging the important role of pets in the lives of their owners. Thanks to them, we can enjoy nature and develop responsibility and common sense.

Finally, animals can even influence the human artistic streak by inspiring us to compose music, write literature, and do other types of arts. Or, simply, they merely put a daily smile on our faces by hanging out with us wherever we go.

Rich Pets: Animals that Inherited Huge Fortunes
Today, we want to tell you about several cases where pets have inherited huge fortunes that most of us could only dream of.  Read more »
Link copied!
Interesting Articles
Dogs
Find Out Why Dogs Bury Their Food