Why Do Guinea Pigs Squeal? Find Out Now!

Guinea pigs are very sociable animals, and because of this, they have evolved to produce a series of vocalizations they use to communicate with other individuals of their species. 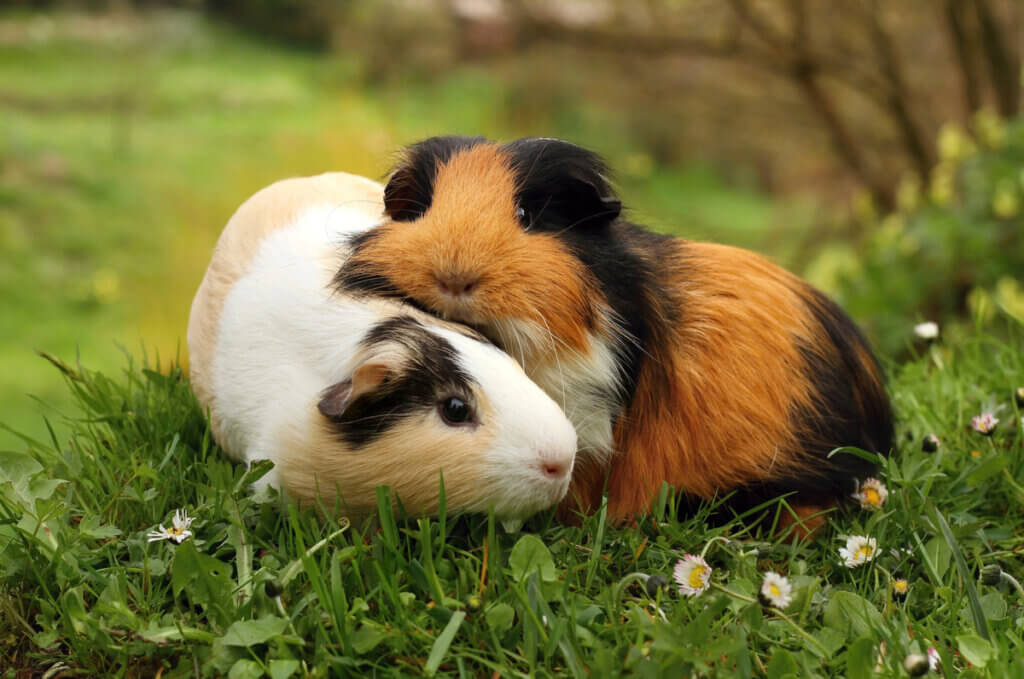 Guinea pigs are called “Cuys” in some countries of South America. This name has an onomatopoeic origin and it refers to the vocalizations that these rodents emit regularly, in both domestic and wild environments. In this article, we pose the following question: Why do guinea pigs squeal? If you want the answer, we encourage you to read on.

Communication in the animal world is a fascinating evolutionary process, and, for this reason, various ethological researchers are trying to decipher the meaning of language in the different species in the animal kingdom.

Before entering fully into the world of guinea pig communication, we need to define the species in question. Surprising as it may seem, the guinea pig (Cavia porcellus) is a species of hybrid rodent belonging to the family Caviidae. These curious pets are the result of the crossing of diverse species of the Cavia genus, such as Cavia aparea or Cavia magna.

Some of the differential characteristics of these small mammals are the following:

It’s this last characteristic that gives us the first clue as to why guinea pigs squeal. If an animal lives in a society, it has to have some way of communicating with its relatives, right?

So, why do guinea pigs squeal?

As simple as the question may seem, several ethological studies have designed experimental models to discover the reason for these vocalizations. This task is certainly not a simple one. Besides the existence of variations at an individual level, the squeals seem to have a different meaning according to the age of the guinea pig.

The guinea pig is especially multifaceted since, according to this research, it’s capable of emitting up to 11 different tonalities. Some of them respond to the following situations:

However, not everything is linked to the relationship between mothers and their children, since many other vocalizations are related to other processes. Up next, we’ll be mentioning some examples.

A sound for every situation

Several studies have researched when, how, and why different vocalizations occur in various situations. These are some of the results:

There are many more sounds and noises emitted by guinea pigs, but one idea is clear: guinea pigs squeal to communicate with each other. Each tone has a specific function, and, from an evolutionary point of view, it’s much more effective to warn others of a negative interaction with a sound than with a physical activity that requires more energy.

A matter of sociability

As we’ve seen, social animals such as guinea pigs have developed complex linguistic mechanisms to communicate different feelings and emotions. This is beneficial for all members of the group since they can detect danger more quickly and avoid unnecessary fights among themselves.

In the animal world, everything has a biological response. Therefore, if you have a guinea pig at home, we encourage you to try to understand in what situations and with what frequency it produces these noises. After all, it may be trying to convey a message, such as continuous stress or feeling of loneliness.

Differences between Gerbils and Guinea Pigs
Gerbils and Guinea pigs are great pets. In fact, they've secured a spot in the hearts of many families throughout many generations. Read more »
Link copied!
Interesting Articles
Hamsters and Rodents
What Causes Stress in Hamsters?