The reproductive performance of farm animals is maintained on the basis of good health. Unfortunately, there are certain contagious illnesses that can affect the reproductive activity of the flock. 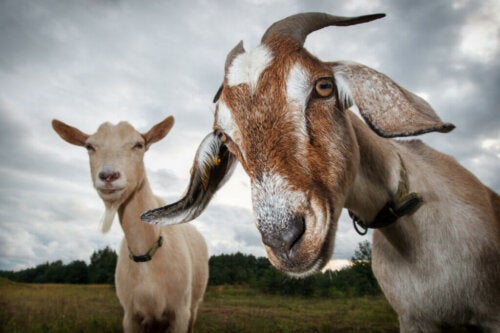 The diagnosis of abortion in small ruminants has been, and continues to be, a difficult challenge for veterinary professionals. A good clinical history, a fetal necropsy and an examination of the placenta —in addition to laboratory tests— remain the most useful tools for this purpose.

To prevent infectious agents from spreading throughout the flock, it’s important for farmers to know the possible causes and know how to act. Below, we describe seven of the most common abortive pathologies in small ruminants.

Next, we’ll talk about the main bacteria that cause abortions in small ruminants.

In addition to posing a risk for the livestock, this disease is a public health problem, as Brucella melitensis is zoonotic. This means that the disease is transmissible from animals to humans.

Clinically, the disease is characterized by the presence of abortions and other reproductive problems such as retained placenta. It’s essential to mention that the bacteria can also infect males, causing inflammation of the genitals.

The information available shows that the greatest problem at the time of infection are the fetal remains. Therefore, it’s important to raise the alarm when there’s an outbreak of abortions in the flock at the end of the gestation period.

This should make the farmer suspect the presence of Brucella, but only laboratory tests can confirm it.

The causal agent is Chlamydophila abortus, an intracellular microorganism that causes abortions and births of very weak offspring. This disease is highly contagious and can infect the entire flock in a matter of days. Moreover, like brucellosis, it’s a zoonotic disease and can cause miscarriages in women.

In goats, the abortion can occur at any time during gestation, while in sheep it’s more common during the second part of the gestation period, from two weeks onwards.

Unfortunately, signs to predict the abortion in the female rarely appear. At most, the mother changes its behavior, and abnormal vulvar secretions appear in the last 48 hours of gestation.

This disease caused by Coxiella burnetti affects almost all domestic mammals, including small ruminants. It’s very contagious, but doesn’t usually have symptoms in animals. In addition, like the previous ones, it can be a zoonotic disease.

Bacteria of the genus Campylobacter spp. can cause abortions in certain conditions. Apart from small ruminants, they can also infect cattle, but in a different manner.

This reproductive condition in goats and sheep appears after an intestinal infection that triggers a bacteremia —bacteria passing into the bloodstream. This is how the microorganisms reach the uterus.

Speaking of gastrointestinal bacteria, several species of the genus Salmonella also cause abortions in sheep and goats.

Listeria monocytogenes is a GRAM-positive bacterium that can normally cause abortions at the end of the gestation period. One of the most important signs to suspect this bacteria as a causal agent appears during the examination of the fetuses.

These unborn animals usually present necrotic foci of one or two millimeters in diameter in the liver and lung, however they don’t always appear.

Next, we’ll talk about the main parasites that cause abortions in the flock.

Toxoplasma gondii is a protozoan that parasitizes vascular endothelial cells, and is a common cause of embryonic death and abortion in sheep and goats. These abortions can occur throughout the gestation period, but are more frequent towards the end.

They occur in females of any age, but are more common in first-time mothers. These abortions of parasitic origin occur predominantly if the infection is acquired during gestation itself.

Parasites in the affected tissues can be rarely observed.

It’s true that neosporosis is a disease of great importance in cattle, and classically, it bore little relevance to sheep. However, in recent years the protozoan Neospora caninum has been associated with the appearance of abortive outbreaks in these domestic animals as well.

Infected animals can abort or transmit the parasite to the fetus. Moreover, congenitally infected sheep can, in turn, transmit the disease to their offspring.

The importance of controlling the transmission of these abortive agents

When it comes to tackling diseases that affect the livestock, we can’t be concerned only with those that cause mortality in adults. This is because animal breeding relies on reproductive success. Hence, it’s important for each gestation to be carried to term with a correct birth of the offspring.

Therefore, the person in charge of a farm must avoid the spread of these illnesses in order to prevent abortive outbreaks. Moreover, we must also consider the possibility that these infectious agents may also cause diseases in humans.

Sheep are quadrupedal, ruminant, and herbivorous mammals. Their scientific name is 'Ovis aries', and farmers or shepherds raise them in…

Sheep and Goats
All About Sheep Shearing

Sheep shearing isn't just part of the wool trade, it's also an important part of keeping these animals healthy. Anyone raising sheep needs to do this to preserve their well-being.…

Sheep and Goats
Caring for Goats: 4 Things You Need to Know

Caring for goats can be great fun. Many people buy goats for their milk or because of how effective they…