The Application of Ethology on Farm Animals

Knowing the behavior that the animals would exhibit if we weren't present helps us understand what their needs are. For that reason, we want to talk about the application of ethology on farm animals. 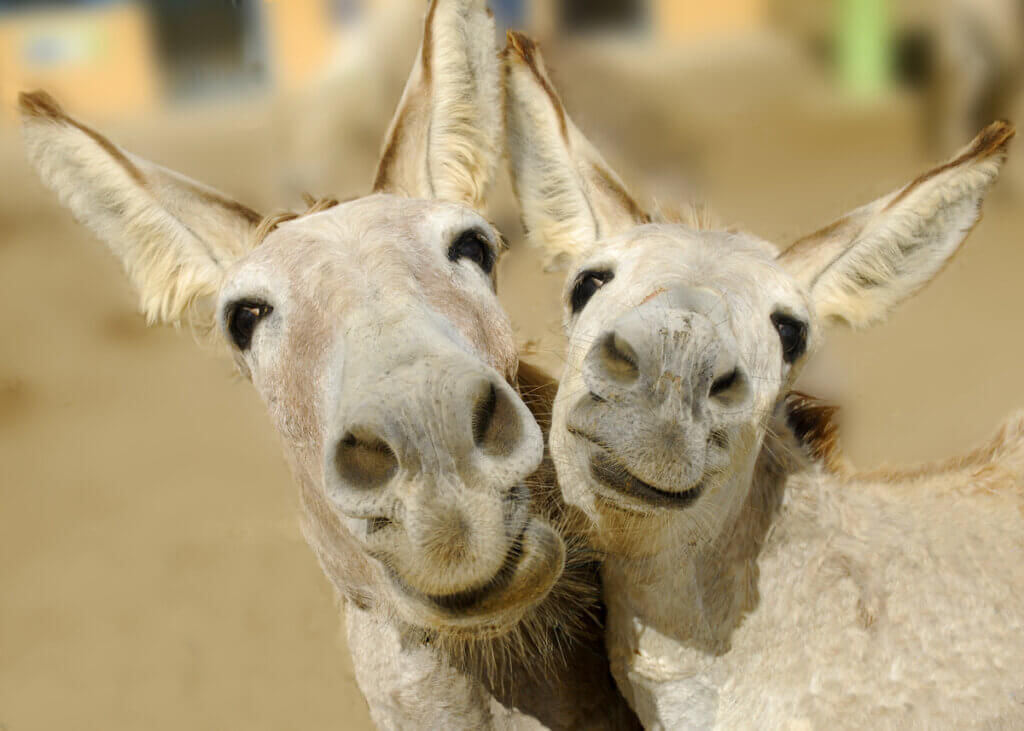 Ethology is the science that studies animal behavior from a biological but also psychological point of view. That is, this branch analyzes the simplest behavior patterns, as well as the most complex, ranging from muscular reflexes when faced with a stimulus, to the tendency of some bird species to migrate even when they live in captivity. Therefore, the application of ethology on farms can be very useful in covering all the animals’ behavioral needs.

What are its possible uses? In the following article, we’ll look at some of the most important ones.

Since prehistoric times, it’s been evident that knowledge of animal behavior has been of great value to human survival. Over time, the application of ethology has become more sophisticated and is now considered one more factor in animal production. In fact, thanks to ethology, livestock farms can optimize production by improving animal welfare.

It’s possible to apply ethology to all areas of a farm, from the design of facilities to handling and transport. But, above all, it’s interesting to use it in aspects such as feeding and animal reproduction.

The application of ethology to feeding

A good farmer knows that it’s not only important to cover the nutritional requirements of the dairy cow. It’s also important to take into account the characteristics of the species when it comes to feeding.

For example, a sheep’s consumption of grass at midday can be half of what a cow would consume in the same enclosure.

Circadian rhythms and nutritional needs can also affect the feeding behavior of the species. Animals usually prefer tall grass over short grass, as it provides them with a greater amount of energy. If they receive their food in a trough rather than in the field, they prefer whole feed over chopped feed, again for energy reasons.

In the morning, ruminant animals consume more leguminous plants, while in the afternoon they prefer grasses.

The age of an animal can also influence its feeding behavior. For example, it’s been shown that calves consuming artificial milk eat better when fed in groups. This is because animals are more comfortable when watching and listening to their nursing partners.

Finally, social factors within the herd also play a role. Social status conditions whether an animal will be disturbed while eating or will have preference in access to food.

The application of ethology to reproduction

Multiple factors affect an animal’s reproductive behavior, including age, breed, diet, or stress, not to mention the presence of another more dominant male or female in the herd. Without a doubt, we see the most significant effects with sensory stimulation and changes in environmental conditions.

The importance of the five senses

Reproductive activity isn’t a constant in an animal’s life, but requires maturation and stimulation. Most behavior during this period depends on the hormonal state and sensory perception of the living being. What’s more, various factors affect its development, starting with the neuroendocrine mechanisms.

Reproductive responses have a great deal to do with smell. The olfactory system captures the pheromones that the opposite sex produces and activates the reproductive instinct of the animal.

Therefore, any human intervention that alters pheromone production – for example, the application of antibiotics that affect the vaginal flora of females – will have a negative effect on reproduction.

Studies have even shown that the exposure of females to artificial auditory and olfactory stimuli doesn’t produce the same response as being in the presence of a stallion.

Temperature affects reproductive behavior. Observations have shown that, in cows and sheep, the arrival of an unexpected cold period decreases the incidence of animals going into heat. Another example is the case of males, whose libido is lowered by summer heat, due to the difficulty in dissipating body heat.

At the same time, it’s important to consider that the periodicity of mating depends on environmental conditions. For example, farmers have observed curious results in English sheep sent to South Africa. Not all of them are able to change their reproductive rhythm to that of the southern hemisphere, or at least not immediately.


The fight against animal diseases is full of nooks and crannies, but we all know that health depends on mental, physical, and emotional well-being. Therefore, knowing the ethological needs of an animal helps to provide more appropriate care and can therefore reduce the occurrence of some diseases.
Who is Temple Grandin?
She is a recognized character of the animal world who, despite having autism since childhood, knew how to take advantage of her great capacity for observation. Her great empathy with fauna has helped to guarantee a better welfare for some species, especially those destined to livestock production Read more »
Link copied!
Interesting Articles
Chickens and Birds
Chicken Coop Hierarchy