The Fauna of Guadarrama National Park

In the middle of the Iberian Peninsula, we find Guadarrama National Park, home to numerous unique and endangered animals. Discover them with along with us. 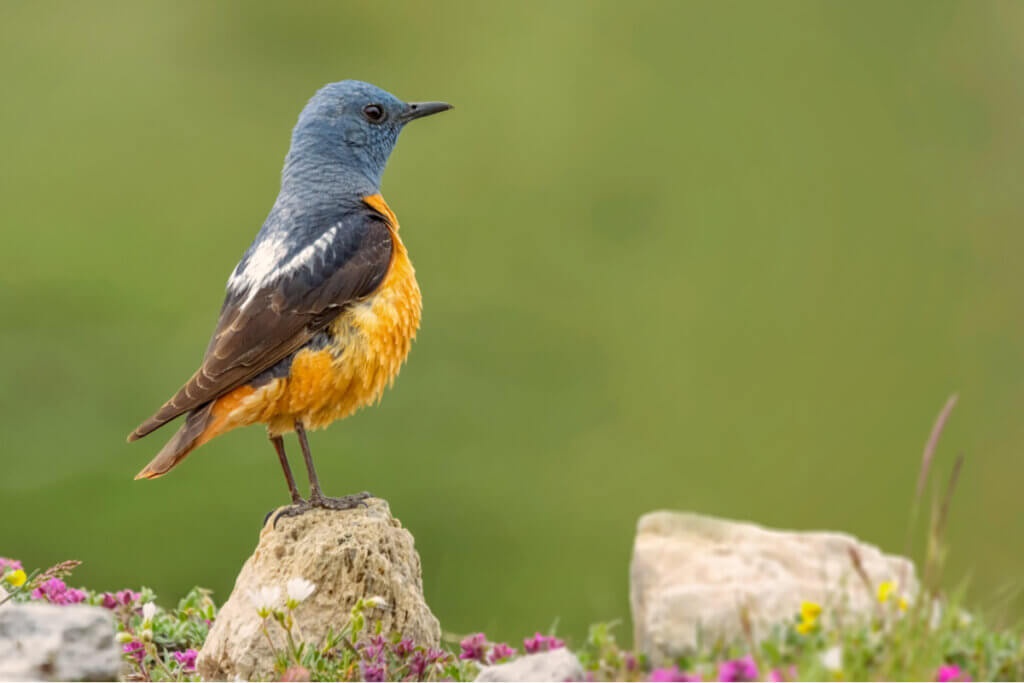 Guadarrama National Park, declared as such in 2012, is one of the youngest in Spain. With its singular mountainous ecosystems, this iconic location hosts a wide variety of unique species.

Had you ever heard of this amazing place before today? Do you know what species you can find there? If you want to know more about Guadarrama National Park, you’ve come to the right place.

A national park right in the heart of Spain

The Guadarrama mountain range is a mountainous formation that belongs to the Central System, right in the heart of Spain. Barely 30 miles to the west of Madrid, the mountain range divides the capital of Spain from the province of Castille and León.

Formerly, this was a protected area. However, it wasn’t until 2012 that it became a National Park. Its greatest attraction are its impressive mountains, including the Peñalara peak, which is 4265 feet high. Given the fact that it’s so close to Madrid, it’s a popular place for hiking and nature observation.

When it comes to fauna, these mountains host a system of highland lakes that’s unique in all of Europe. The altitude, isolation, and high grade of conservation of these mountains make this the ideal place for many animals. So, this national park is the home to numerous species that are endemic and at risk of extinction. Indeed, this area occupies a privileged place among the Protected Nature Spaces of Spain.

The glacier lakes of Peñalara are much more than an important tourist attraction. They have biodiversity that deserves special protection. These lakes originated from ancient glaciers that have since disappeared. And, as a result, they possess some very special characteristics thanks to their altitude and formation.

In this national park, we find great animal biodiversity. According to the park itself, the species there represent 45% of the total fauna of Spain and 18% of all of Europe. Among its faunistic wealth, we find 255 known taxons, including 57 mammals, and 36 different reptiles and amphibians. Below, we’ll tell you more about some of the singular species that inhabit the park.

These mountains are home to numerous alpine insects for whom the alpine lakes are the ideal place to reproduce. Some examples are the Apollo butterfly (Parnassius apollo) and the Polyommatus nivescens, which live only in mountainous regions.

The most iconic species, however, is the Spanish moon moth (Graellsia isabellae) which is endemic to Spain. This beautiful green butterfly was first discovered in the 19th century and its scientific name honors Queen Elizabeth II. This is one of the largest and most beautiful butterflies in Europe and one of its largest populations is in Guadarrama National Park. However, unfortunately, the species is at risk of extinction.

There’s a great number of amphibians that live in moist regions. Some of them are seriously endangered, including the Iberian frog (Rana iberica) or the Iberian painted frog (Discoglossus galganoi).

The Guadarrama mountains are home to the common midwife toad (Alytes obstetricans). In fact, scientists carry out periodical reintroduction programs in an attempt to combat Chytridiomycota. This fungus attacks amphibians all over the world.

The steep slopes of the mountains that border the park are home to a multitude of birds. And the same is true of its dense pine forests. Again, some of these bird species are endangered.

Among the smallest birds, we can mention the bluethroat (Luscinia svecica). This bird is an insectivore, and one of its largest populations is in the park. Other bird species that inhabit this ecosystem are the dunnock (Prunella modularis) and the common rock thrush (Monticola saxatilis).

Without a doubt, the most iconic species of Guadarrama National Park is the Spanish Imperial Eagle (Aquila adalberti). This bird, endemic to the peninsula, finds refuge in the highest crags and rocks of this mountain range.

Around the middle of the 20th century, barely 30 pairs remained in the entire Iberian Peninsula. However, thanks to incredible conservation efforts, there are some 49 couples that live in the Madrid community alone. And most of them live in the park.

Power lines and the use of poisons are one of several reasons why this bird is in danger of extinction. Though its population has grown, there’s still a major disparity between sexes. In fact, more than 70% are males. Over time, this may present problems when it comes to reproduction.

Another jewel that crowns this park in terms of fauna is the Cinereous vulture (Aegypius monachus). The fourth-largest population of this majestic scavenger bird is located in Guadarrama National Park. This enormous animal, that can have a wingspan of up to nearly 9 feet, usually lives among crags.

When it comes to the mammal species present in the park, we could write an entire chapter. Experts have recorded 61 species of mammals, 6 of which are endemic to the Iberian Peninsula. For example, we can mention the Pyrenean desman (Galemys pyrenaicus).

In general, the most important mammals in the park or the bats, as there are 23 species, many of which are protected. There are many other species in the region, including the Iberian wolf, which lives throughout the park. We can also mention the mountain goat and the roe deer, which are relatively easy to observe.

A privileged spot for nature lovers

As you can see, this natural space is home to a multitude of fascinating animals. Despite its proximity to the city of Madrid, this national park continues to be relatively wild. Therefore, it’s the perfect spot for those who love nature, hiking, and observing fauna.