What Does it Mean to Be in Danger of Extinction?

Apart from species considered as 'of least concern' and 'extinct species', there are several other categories that classify animals according to their degree of threat. 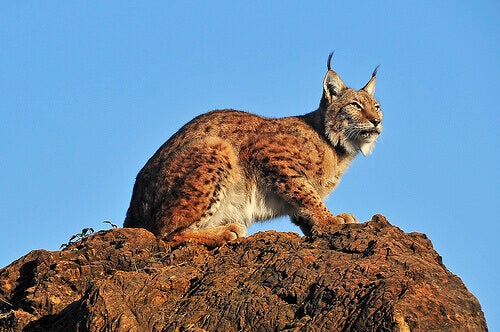 The IUCN is the first organization dedicated to the conservation of history and which created the red list. This list classifies species according to their degree of threat of extinction. We’ll discuss them below.

Some species are still going strong and are in the least concern category. Here, you’ll also find human beings. Then threats appear and so do ‘near- threatened’ species. Alarms bells ring and plans are put in place to closely monitor the populations of the species.

The Iberian wolf is a somewhat controversial designation, as many consider this species endangered.

Many species don’t have a specific degree of threat, as we still don’t know their numbers. Unfortunately, most of the species that have been discovered in recent years, whose threat was unknown, tend to move to the most dangerous categories, as is the case with the new orangutan species that has recently been discovered.

All animals in this category have suffered many casualties and their former territory and population sizes have reduced. The vulnerable species category is the least threatened, although the risk of being endangered is high.

Many species once threatened by extinction have made the reverse path, and today they’re vulnerable species, such as the panda bear.

Logically, when we talk about an extinct species, we mean an animal that has disappeared entirely from the planet, such as the Tasmanian tiger or the giant auk.

Some species haven’t disappeared from the planet but they no longer live in natural spaces. For example, those that live in breeding centers or zoos. However, they’re very specific cases, such as the ax-billed turkey or the Hawaiian crow. Animals that don’t live in the wild but still live in captivity are considered to be extinct in the wild.

Unfortunately, most species that are currently changing categories are increasingly approaching close to extinction, rather than moving away from extinction. A group of animals such as primates shows harrowing data: 60% of primates are in danger of extinction and are losing numbers from their populations; species such as gorillas or orangutans are shrinking by the day.

Similarly, amphibians are losing many members. Island dwelling birds aren’t safe either, as they’re one of the most extinct groups in the last century. Will we stop this in time, or will it be too late for the animals we love?

Unfortunately, most species that are currently changing category do so by becoming closer to extinction.

The Panda: Characteristics, Behavior and Habitat
The panda, also known as the "giant panda" is a unique mammal known for being at the top of the list of endangered animals for more than twenty years. Read more »
Link copied!
Interesting Articles
Birds
Lesser Kestrel, the Smallest of the Falcons