The Loss of Wetlands: Reasons and Consequences

Wetlands are veritable bastions of biological biodiversity but, unfortunately, human actions have put these ecosystems in the spotlight. Keep reading to discover more about the loss of wetlands. 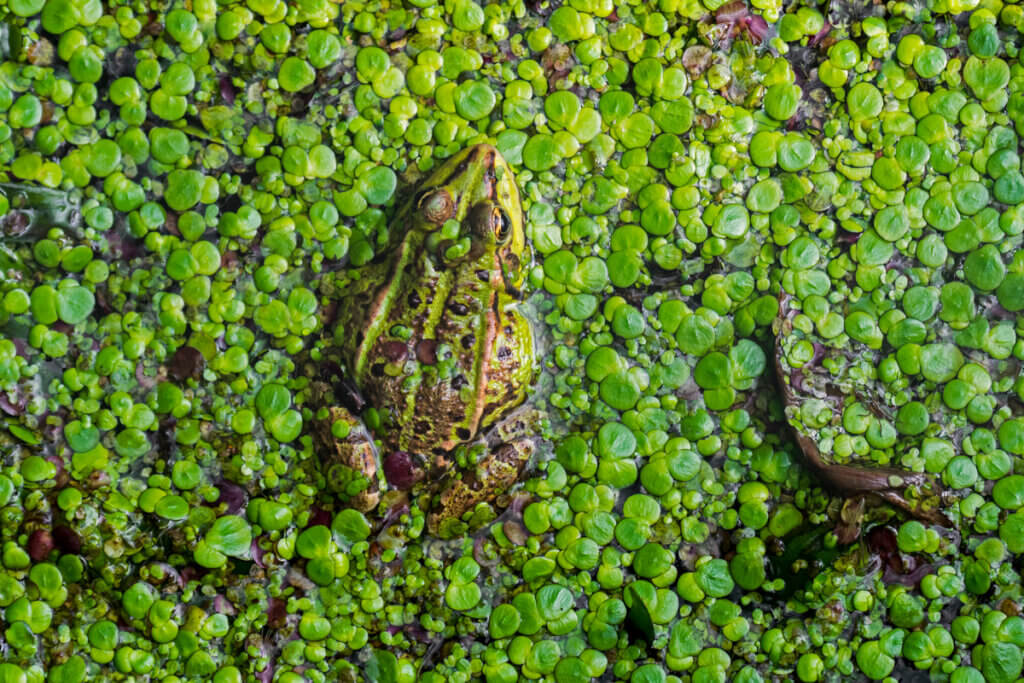 Wetlands are one of the most ecologically valuable ecosystems on Earth. However, they’re in constant decline due to climate change and the expansion of industries that provide products for human use. Unfortunately, we’ve lost approximately 15.3 billion trees, representing the current decline of the ecosystem. Continue reading to discover more on the loss of wetlands over time.

Why are wetlands disappearing? What are the consequences for society and biodiversity? And what can we do to prevent this? We’ll answer these questions and many more in the following lines.

Wetlands are ecosystems that are periodically or permanently flooded with shallow water. The low water level allows for the establishment of all types of plants, which in turn support an enormous diversity of animals.

Wetlands are a relatively rare ecosystem, but are nevertheless very important. That’s because they’re home to a very high level of biodiversity, particularly of birds. Their presence ensures shelter and food for hundreds of fish, birds, invertebrates, amphibians, and mammals.

Where habitats are poor, particularly in agricultural regions, wetlands are a major source of heterogeneity. They provide refuge and stopover sites for millions of migratory birds such as cranes and storks.

However, due to unbridled human development, most of the Earth’s wetlands are at risk or have disappeared. Why? We’ll tell you below.

Throughout history, there have been many historical events that, according to the dominant ideas or economic needs of the time, have modified and/or eliminated entire ecosystems.

In the Western world, changes in land use have resulted in the loss of many wetlands. The miasmatic theory of disease, popular until the late nineteenth century, associated infectious diseases with “bad air” from wetlands and marshes.

Hygiene ideas that associated wetlands with disease and the mechanization of agriculture have been the main forces leading to the disappearance of wetlands throughout history.

These ideas occurred in tandem with the spread of mechanization in agriculture, which led to the drying up of millions of wetlands for agriculture worldwide.

The loss of wetlands in numbers

Wetland losses around the world are truly dramatic. Some research has estimated that 87% of the Earth’s wetlands have disappeared since the 19th century.

For example, considering the Midwest of the United States alone, some studies estimate that from 1850 to 1930, humans drained a minimum of 125 million acres of wetlands for agriculture.

In Spain, we know from historical documents the enormous importance of hundreds of thousands of wetlands that populated the territory of the Iberian Peninsula. Some huge lakes, such as Antela in Ourense or La Nava in Palencia, succumbed to the agricultural development plans of the 20th century.

The agricultural development plans of past times saw certain areas as uninteresting and unnecessary. As a result, this caused the massive disappearance of many wetlands. However, things soon turned around, as we’ll see in the next section.

The ecological recovery of these lands

Despite the desire of governments and economic interests, conservation movements soon began to fight for the preservation of wetlands. They achieved this by demonstrating the value and importance of wetlands for hundreds of species.

For example, in the 1970s, the Ramsar Convention was founded, which proposed the conservation of millions of hectares of wetlands of international importance. Today, more than 2 million square kilometers of wetlands are protected by this convention.

Recovery of the Nava Lagoon, a paradise for birds

We also have thousands of examples of restored wetlands. One of the most emblematic is in Spain, specifically in the Nava lagoon in Palencia. Before the 20th century, this lagoon was one of the most important wetlands on the Peninsula, covering almost 5,000 hectares during the wet season.

In the 19th century, the lagoon was described as an unparalleled habitat for birds, as many testimonies indicate:

“It serves as a refuge, particularly in winter, for an infinite number of species of aquatic birds of various shapes, including three kinds of geese, many kinds of ducks, blackbirds, owls, water swifts, curlews and other birds that are extremely colorful and unknown in the rest of the country”.

Once again, twentieth-century developmental plans wiped out biodiversity and the lagoon was drained in 1968 for agriculture. However, from 1990 onwards, the Spanish Junta de Castilla y León took over the partial restoration of the lagoon, which was one of the best examples of restoration of old wetlands in Spain.

This lagoon is a site of global importance for the Greylag Goose (Anser anser), with around 12,000 individuals recorded during the wintering period. Other important steppe birds find refuge here, such as the Great Bustard (Otis tarda) or the White-headed Duck (Oxyura leucocephala).

With sufficient funding and political will, the loss of wetlands due to man can be restored.

Caring for wetlands is caring for biodiversity

In conclusion, we can say that wetlands are extremely important ecosystems for many animals, particularly birds. If we help in their conservation, we promote the long-term permanence of thousands of species that have wetlands as their home. Therefore, caring for wetlands is caring for biodiversity.

Are All Species Important for Preserving Biodiversity?
For many years now, conservationists have specially selected and protected certain species in the hope of preserving biodiversity Read more »