The Prevention and Early Detection of Colic in Horses

Horses are graceful, beautiful, and majestic animals. However, they're also susceptible to certain illnesses than can be life-threatening. Today, we want to talk about the prevention and early detection of colic in horses. 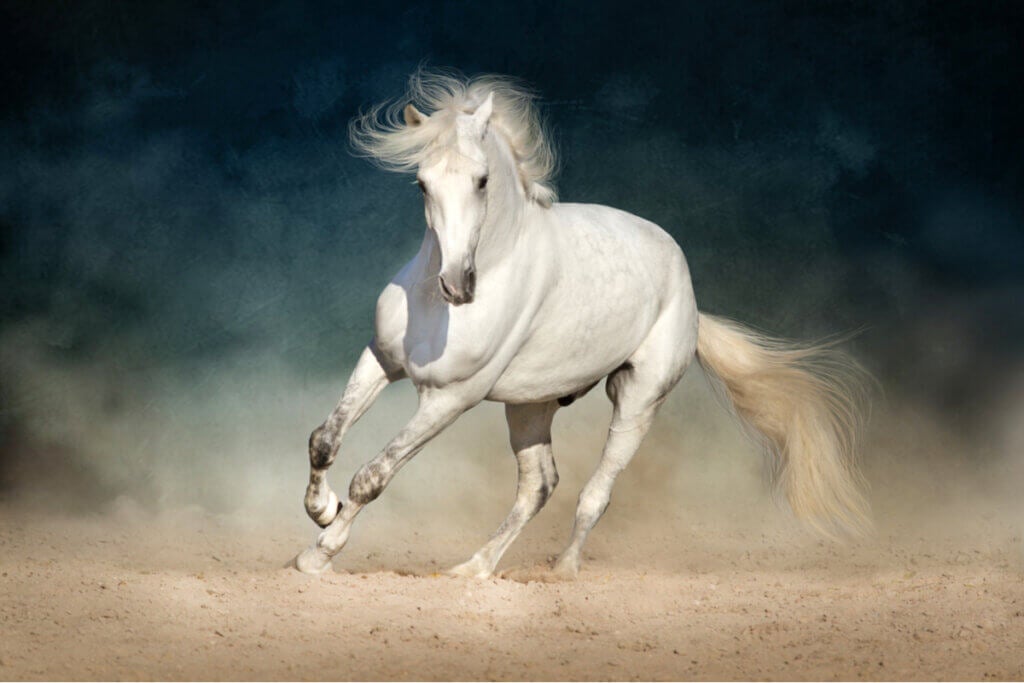 Colic in horses is a very frequent problem and is one of the main causes of death. This is especially true when the condition goes undetected or untreated. Therefore, the prevention and early detection of colic in horses is extremely important.

It’s worth mentioning that, despite the efforts of caregivers, colic can still often occur. The truth is, this species is very sensitive to a wide variety of variables. What’s more, their anatomy and physiology don’t help when it comes to recovery. So, if you notice any signs of this illness, it’s best to seek the help of a professional right away.

The general approach to colic in horses

People who know about horses know perfectly well how serious these illnesses can be. It may be because they had to treat a horse for colic, or because their horse died from colic without them knowing.

Is there a predisposition in this species when it comes to colic?

Yes. There are various reasons why this tendency exists, including the following:

And most importantly: Horses can’t vomit because their digestive tract won’t allow it. So, they can’t relieve discomfort by emptying their stomach context. To compensate, their stomach begins to dilate and can even come to burst, causing peritonitis.

The early detection of colic in horses

First of all, it’s important to observe animals for a few minutes to see if you notice anything strange. Pay attention to their overall condition, behavior, and attitude. During spasms, horses may seem restless, moving constantly, and tend to scratch the ground.

In general, they shift their position constantly and look anxiously at their sides. They may also lie down carefully–or even abruptly–and roll around.

Other perhaps more evident signs include:

If the early detection of colic in horses doesn’t take place and the condition isn’t treated quickly, it can produce a serious electrolyte imbalance. This, in turn, can lead to shock and the horse’s death.

What should you do if you suspect a horse has colic?

This is a serious illness and it’s likely to produce an emergency situation for the animal. Therefore, the early detection of colic in horses, as well as early intervention, are both essential in preventing possible complications.

A veterinarian will determine the right course of treatment–medication of surgery–by means of a clinical exam. Early diagnosis is a fundamental key element in preventing the deal of the animal.

How to prevent colic in horses

As with any illness, the key is to prevent the causes that can lead to symptoms.

As we mentioned already, there are many possible causes that vary greatly from each other. For example, you may need to fix the horse’s teeth and treat the animal periodically for gastrointestinal parasites. You should also carefully control your horse’s diet, keeping in mind their sensitivity to abrupt changes.

What prognosis is there for horses with colic?

The prognosis will depend on a variety of factors, including the following:

Just the same, despite the efforts of owners and veterinarians, colic is the main cause of mortality in horses.

Headshaking Syndrome in Horses – Causes and Treatment
Headshaking syndrome in horses is a behavioral disorder that manifests as motor tics. Today we'd like to tell you about this type of manic syndrome. Read more »
Link copied!
Interesting Articles
Fish
Different Types of Water for Your Fish Tank