What Are National Animals?

Birds and mammals can represent different countries, especially places where they usually live or are related to their history and culture. 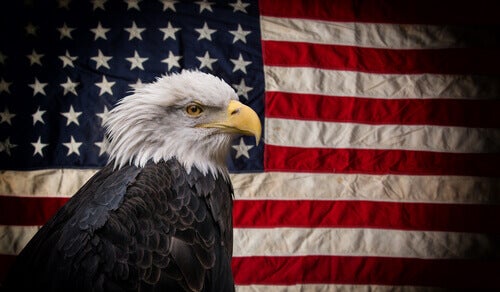 To decide which species represent them internationally, countries tend to rely on animals that inhabit their territories and are typical of their ecosystem. Of course, some countries also choose national animals related to mythology or culture. Let’s take a look in this article!

For example, Australia has the kangaroo, China has the panda bear, and Spain has the bull. However, this isn’t a coincidence. Each country determines its national animal based on the species that are common in their territory or that have some relation to their history and culture. Here are some more examples:

Not only does this animal feature on the American national coat of arms and on the quarter coin, but its image – as you can see at the beginning of this article – is a synonym for strength, power, and skill. Americans also revere this animal. Despite their name, bald eagles actually do have feathers on their heads. However, they’re lighter than the rest of the body, which has darker feathers. One of the outstanding characteristics of this bird is their large yellow beaks.

In the neighboring country, Mexico, the golden eagle is the national animal. However, this animal isn’t endemic to the territory, as they also live in Europe and Japan. In fact, these animals were also chosen by Germany to represent their country.

Most Central American countries have chosen a different bird to represent them internationally. This is because the area is one of the most prolific as regards these animals. For example, there’s the quetzal in Guatemala, the macaw in Honduras, the red flamingo in the Bahamas, and the red-billed hummingbird in Jamaica.

In South America, many birds are also national animals. For example, there’s the hornero in Argentina, condor in Bolivia, Colombia, and Ecuador, and the southern lapwing. However, without a doubt, the most representative of the Andean area, and Peru specifically, is the vicuna. This is a direct relative of desert camels and a relative of the alpaca and llama.

These small camelids weight up to 110 pounds. They also have light brown fur, and inhabit areas more than 10,500 feet above sea level. Vicunas also have the ability to walk between rocky and hot soil, and feed on the low grasslands.

This bird is orange with a dark, gray tail. They are modest in size and, despite being domesticated centuries ago, they maintain their wild hues.

Both countries share not only the same territory (Scandinavia), a hostile climate, and several customs, but also share these national animals. These countries chose the moose because this species inhabits their cold, snowy forests.

They belong to the family of cervids, and have significant sexual dimorphism. Males have large antlers, which make them very distinctive. They form small groups in the winter, and are guided by their sense of smell and hearing. Moose feed on leaves, branches, stems, and tree bark.

As there’s vast fauna on the continent, the national animals of Africa are also very diverse. Of course, several countries have chosen one of the big five to represent them, such as lions in Ethiopia, leopards in Somalia, elephants in Kenya, and buffalo in Zambia. Only the rhino is missing to complete the set!

This subspecies of tiger inhabits several countries in the region, more specifically in forests and savannahs. In fact, this is also the national animal of Bangladesh. They can measure up to 10 feet and weigh around 500 pounds.

The Karelian Bear Dog: A Finnish National Treasure
The Karelian Bear Dog, though it comes from a cold climate, has a very warm nature. It's affectionate, friendly, patient, and docile. Read more »
Link copied!
Interesting Articles
Farm Animals
The Acclimation Capacity of Animals and How it Influences Farmers’ Choices